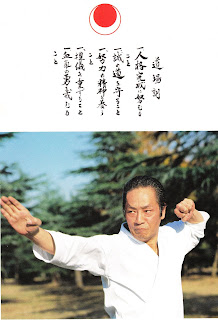 As a direct student of Tetsuhiko Asai I have been asked many times about the karate textbooks he produced in the late 1970's. These books are quite rare in the West, dare I say 'collectors items'? Of course to me, this has no relevance, as I see these publications as very important landmarks, in my late mentors karate development. They are therefore technically important to me, as they show the evolution of Asai Sensei's karate.

The books titled Jitsugi Karatedo were published in 1978, when Asai Sensei was still a 7th Dan, with the unified JKA (Japan Karate Association). They were definitely Sensei’s biggest written contribution ‘mass released’ for Japanese JKA Shotokan practitioners and karate world in general. Originally meaning to be a series of five books, only two were published.

These two books are very useful in helping one to understand the bridge between JKA and Asai-karate and actually reveal kenkyu/happyo (research presentation) required by the JKA at that time. It is said that these books were also a counterattack against the split of Kanazawa Sensei, who just formed SKI (Shotokan Karate International). In the 1970’s Asai Sensei and Mr. Kanazawa were viewed as the two most revered ‘senior’ JKA exponents, so it was rumoured that ‘Jitsugi Karate-Do’ was a means to upstage Mr. Kanazawa’s publications. I never asked Asai Sensei if this rumour was true, however, I doubt it was, as only Masatomo Takagi, who at the time was merely the JKA's Fuku-Rijicho (Vice Chairman) wrote the foreword. It is also worth adding that Asai Sensei and Mr. Kanazawa were friends.

THE CONTENTS OF ‘JITSUGI KARATE-DO’ (Volumes one and two):
Rather than fully explaining the content of both publications, I’ll firstly give a general overview of their contents, then give commentary on their more important points. These special points were explained to me by Asai Sensei, and also come from my ongoing training/research. 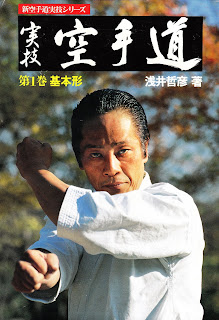 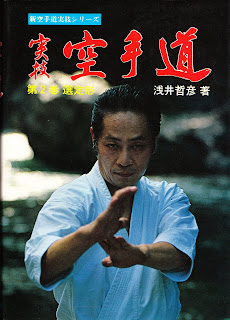 (a) The only 'kihon' in the book is Asai Sensei's 8th Dan Kenkyu/Happyo (Research/Presentation) subject, which was 'Tenshin'. Sensei classified this, not as kihon, but 'KISO'. Kiso implies a base to sustain something, and it actually has a much deeper meaning than kihon in Japanese. The first four of Asai Sensei's Tenshin drills are included, the last of which is the infamous shihoten (the base of many Asai-ryuha bujutsu kata).

(b) Kata: What is included in the kata section is perhaps fascinating for many JKA Shotokan people. It is stated in the book that for the Shodan-shinsa (1st degree test), the examinee must demonstrate Heian-yondan, Heian-godan and/or Tekki-shodan (Asai Sensei emphasized 'and' to me). Asai Sensei also expected examinees to do a Sentei kata. Now this is very interesting... At the time the Sentei kata were Bassai (dai), Jion, Kanku (dai), and both Tekki-nidan and Tekki-sandan! No Empi... A 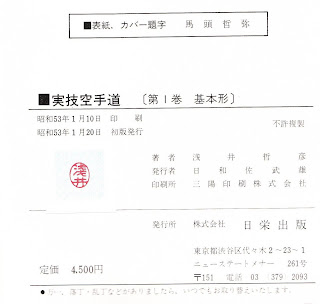 s I got my shodan in the mid 80's I'm unsure if the above points were standard JKA requirements prior to the registration of my first black belt. When asking Asai Sensei this question, he said "it was standard JKA practice." However, I got the feeling he was meaning 'what he expected' as he 'was' JKA! Back to the sentei kata themselves, it goes without saying that Asai Sensei highly regarded the Tekki series, and expected shodan's and above to be proficient at all three.

(c) The number of kata: Sensei stated in Jitsugi Karate-Do that there are only around 50 kata in existence, and that they were developed by very senior experts. This statement confirms that Asai Sensei had not yet formally developed his 'own' kata, and also verifies that 'the majority' of his (approximately) 150 kata were his own creations. Going by various conversations, it seems the majority of these 'new kata' were developed in the last 15 years of his life, when he himself was a 'very senior expert'. Sensei did Shotokanize some Okinawan kata such as Matsumura rohai, Heiku and others, but the majority of Asai Sensei's kata were a result of his genius. The information in Jitsugi Karate-Do puts this issue to rest.

(d) The bunkai featured in the books: The kata analysis/applications featured in Jitsugi Karate-Do, for the most part, is not much more practical than what is featured in the 'Best Karate' series of books. However, I can honestly say, from one-on-one tuition with Asai Sensei, that he NEVER trained/taught such impractical kata applications. So for me, this is a huge defence for what Nakayama Sensei had in his books and videos. Clearly, these 'applications' were merely to 'better teach the kata', and introduce 'basic set sparring' with the kata, for beginners. Naturally this must lea 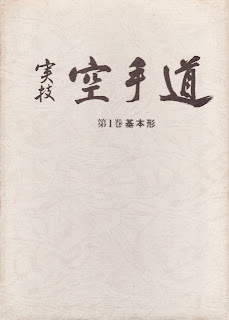 d on to street practical techniques and fighting principles, and Asai Sensei most certainly focused on these. His karate was certainly not about winning tournaments, and not for the feint hearted insofar as inflicting serious damage is concerned. One should never forget Asai Sensei's orthodox fist formation, which was not seiken, but rather nakadaka-ippon ken.

(e) The main assistant in the books was Mikio Yahara Sensei. I will not say much more here, but Yahara Sensei's technical approach, bujutsu mentality, and sheer longterm direct connection to Asai Sensei, makes him a very important figure in the development of Asai-style karate. And his closeness to Asai Sensei goes beyond these books and similar fighting style. It goes right to the point of Asai Sensei making him his second in charge (Asai JKA). Asking Asai Sensei why Yahara Sensei left him, he said to me "Because Yahara-kun cannot accept the karate of JKF, and the majority of my younger students love sports karate". He then recommended I study under the direction of Yahara Sensei, if I wanted to learn his way! Jitsugi Karate-Do undeniably shows that Yahara Sensei was Asai Sensei's number one (during Asai Sensei's prime)! Note in volume two, a member of Yahara Sensei's ISS (International Security Service) is used as a demonstration assistant (as Yahara sensei himself was unavailable due to 'business').

(f) The final point of interest I'd like to mention here is the foreword by Mr. Takagi which roughly states "Asai is a good boy (note he was only 43 when the books were published) and was JKA 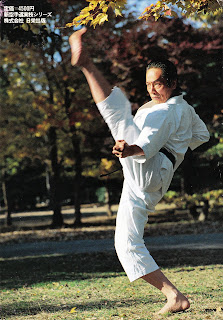 born and bred." Those who follow Asai Sensei's karate should never forget that he was a product of the Japan Karate Association, and also an exponent that they used to advertise themselves! The rest is all history!

To conclude, I'd like to say that within my karate book collection, my most prized possession is volume one of this series, as I have the original hardcover copy with the box. What's more it was personally stamped by Sensei, ‘inkan’ Japanese style (see the scan above). It goes without saying, the second volume is my second most important karate book. In all honesty, if you are studying Asai Sensei’s karate, both of these rare books are a ‘must have’. OSU! Andre.