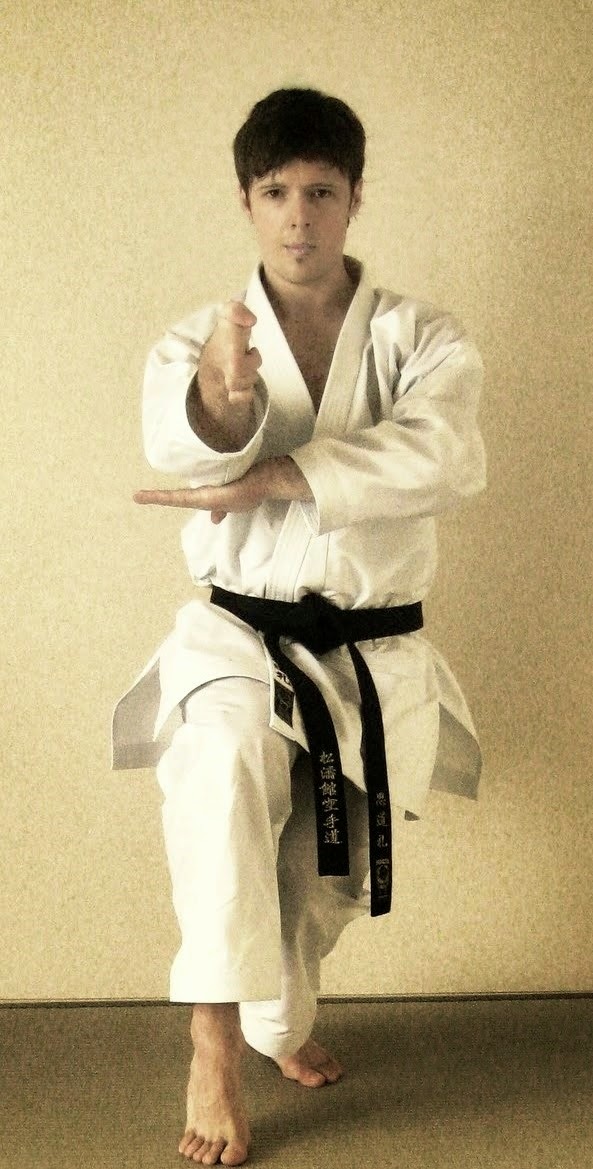 As you will know, I am not a person to chop and change (unless I have an important enough reason to do so). Recently, that has been the case, and if necessary I will change again… What I am talking about here is my tokui-gata (specialised formal exercise) which, since returning to Japan last August, has now changed three times! I started off working with Nijushiho (二十四歩), which I used for my JKA (日本空手協会/Japan Karate Association) Godan shinsa; then switched to my old favourite, Unsu (雲手). Finally, following last Friday’s training, I was `technically encouraged’ to trade in Unsu for Gojushiho-Dai (五十四歩大). 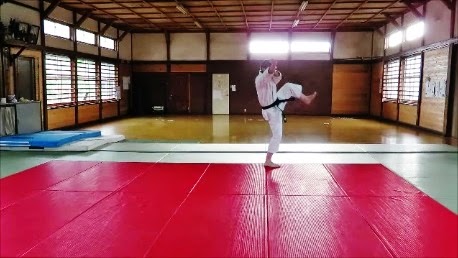 So why the change? Well, basically because of the way I see kata in the bigger picture of karate training; that is, what I believe the kata are for. Essentially, I believe that kata are training exercises for technically increasing our martial arts/self-defence prowess. Consequently, the selection of tokui-gata/jiyu-gata should be based on the kata that best achieves this target. Needless to say, this must be supported by: (a) the base/foundation of kihon; (b) the shitei-gata (Heian and Tekki); (c) the sentei-gata (Bassaidai, Kankudai, Enpi and Jion); (d) the various forms of kumite; and (d) impact training (i.e. – makiwara training etc.). 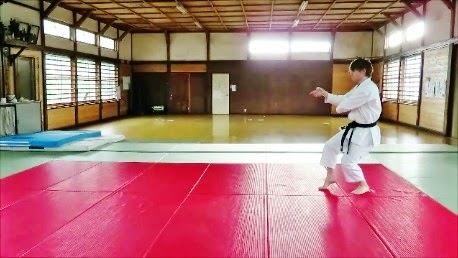 Some more specifics about my change to Gojushiho Dai… Like Nijushiho, I found that Unsu has many useful elements; nonetheless, it has not pushed me to develop in the way that I’m physically seeking at present (and technically require). Gojushiho Dai, on the other hand, addresses a number of skill sets/combative principles that I’m envisaging to further refine (and literally need to if I wish to maximise my martial arts ability). In particular, I’m looking more closely at a higher level of hand/foot timing for greater effectiveness; refined `wave-like transitions’ of power; and, on the `technical front’, the neck based throws/attacks, which without a doubt “best characterise” both Gojushiho Dai and Gojushiho Sho (coming from the original Useishi / Gojushiho of Okinawa). Again, this returns us to the traditional budo karate adage that “…kihon, kata and kumite are indeed one”. By and large, kihon and kumite-wise, the aforementioned points in my karate need to be further refined and, more pertinently, there are subtle deficits that need to be addressed. 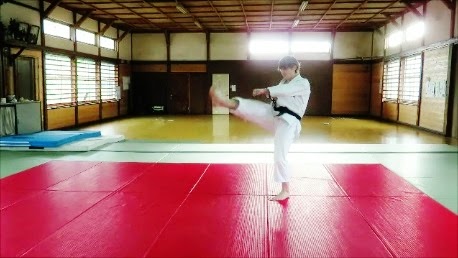 Background: A little about Gojushiho-dai… With a command count of 67, Gojushiho Dai is the longest kata in standard Shotokan Ryu Karate-Do: as established by the Kyokai. Whilst Gojushiho Sho more closely resembles the original Okinawan form, and is more commonly seen in exams and tournaments, Gojushiho Dai is widely regarded as being more technically challenging. It is rumoured that Funakoshi Gichin’s Sensei’s son, Funakoshi Yoshitaka (Gigo) Sensei “…developed both the Dai and Sho versions we have today—from Shito-Ryu’s Gojushiho” (via Mabuni Kenwa Sensei); however, there is also a belief that “the Dai rendition came from our late Chief Instructor, Nakayama Masatoshi Sensei”. An interesting and fun piece of trivia, which is often told to Shotokan karateka when learning this kata, is that the gedan ippon nukite in Gojushiho Dai is “…imitating a woodpecker on a tree trunk looking for worms”. Garden insects aside, Gojushiho Dai is indeed a masterpiece, like a long story, that has many technically sophisticated gems within it; nevertheless, it tends to be more appreciated by high level karate-do experts: as opposed to `most anyone else’. 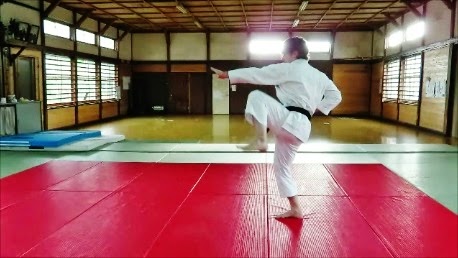 Conclusion: It may sound unusual but I’d like to wrap up by saying that “my switch to Gojushiho Dai is something that training itself has directed me to do”. Several subtle points in this kata have `called out to me’—via my kihon and kumite practice (namely, technical deficits that need my immediate attention—if I’m to really progress from now). It goes without saying that `self-honesty’ is an essential skill in all endeavours: perhaps best reflected by ‘the meaning of 54’ in the name `Gojushiho’? Taken as a whole, this elucidates a critical point in traditional budo karate… “The Art does not dictate the martial art; rather, it is the Martial Art that shapes the art”. Indeed, this point is worthy of deep introspect amongst all contemporary Karate-Do practitioners.  Kindest regards and all the very best from Kumamoto, Japan. Osu, André. 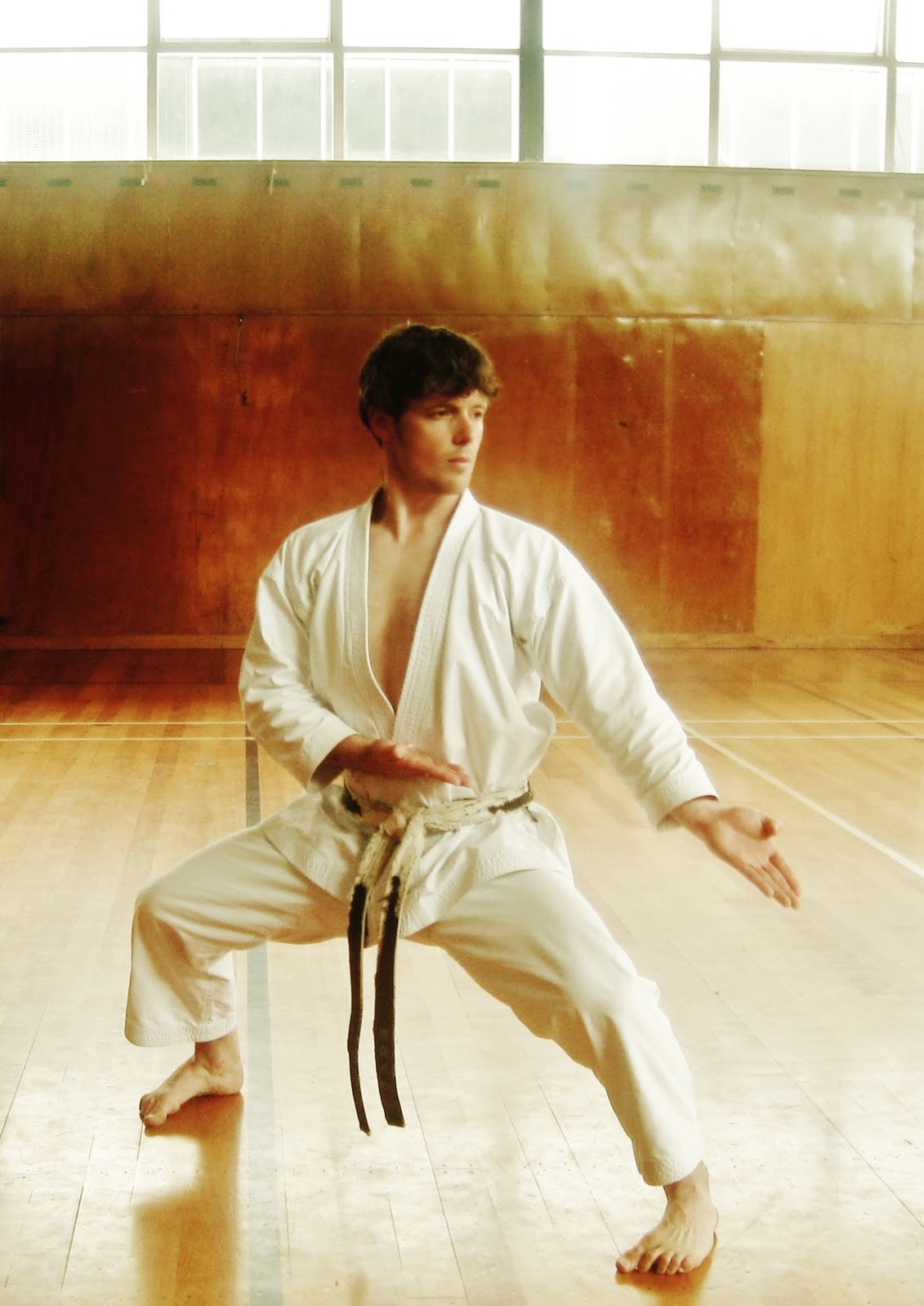