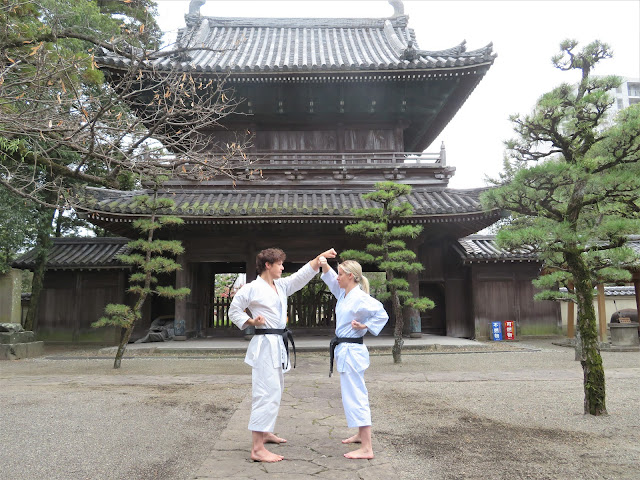 During her time here I saw her greatly increase her skills via studious training and increased self-awareness skills: both are at the core of the IKS 国際空手道松濤館  (International Karate Shotokan) Renshusei Program. The essence of this is to gain measurable results which are tangible. In sum, the training here is all about getting real results—immediate and long term improvements, as opposed to stylistic differentiations—which are largely irrelevant in the greater budo/bujutsu context. 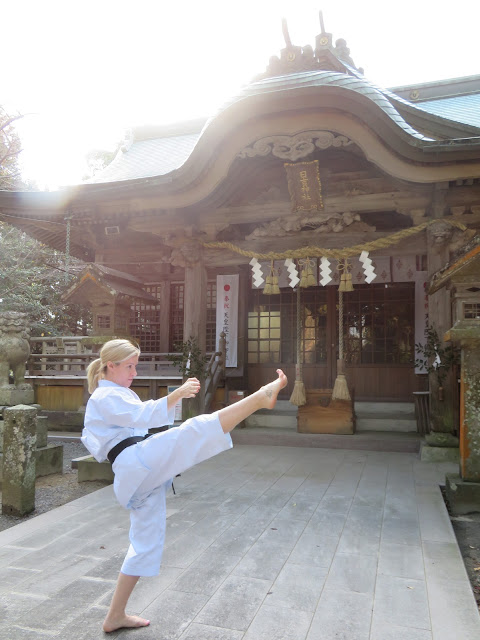 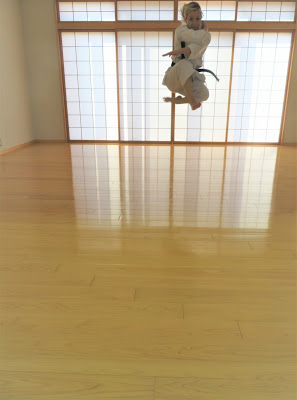 This is why I don’t correct differences, I only correct biomechanical errors and advise about superior application methodologies.


While I'll not go into the specific training that Simone received, as a Renshusei (as always, that is for her and whom she wishes to share it with), I will say that a lot was covered in depth. Amongst the lesson contents included 鶴翼 (Kakuyoku), 青柳 (Seiryu), 明鏡二段  (Meikyo Nidan) and most notably, 掌手 (Shoute).


Throughout the time 'trainee specific' 基本 (Kihon/fundamentals) were covered such as improvements/advancements of koshi no kaiten, tai no shinshuku, te—ashi onaji, shime, and so forth. Needless to say, everything was related directly to effective application in 組手  (Kumite/unarmed self-defense). 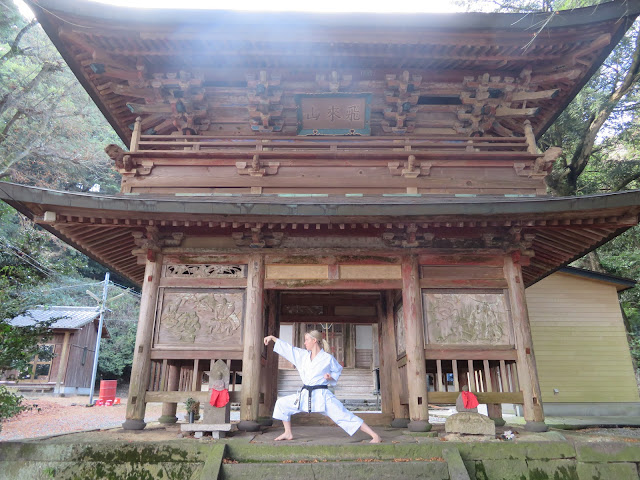 Taken as a whole, Simone did extremely well and, as previously stated, really improved each day. I’d like to once again congratulate her. Added to this, she became the first non-Japanese Renshusei to train at the new Oita-Prefecture Showa Denko Budojo.

Outside of the dojo it was great to spend lovely times with Simone, her husband Carlos, and their little daughter Natalia. We wish you all the very best for the final week of 2019 and, indeed, in the New Year. 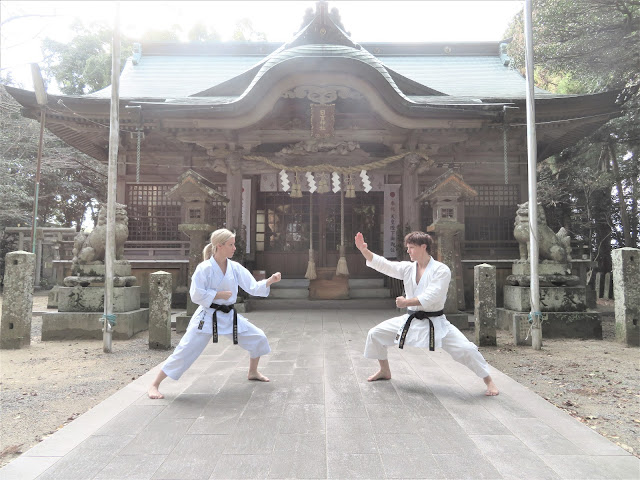