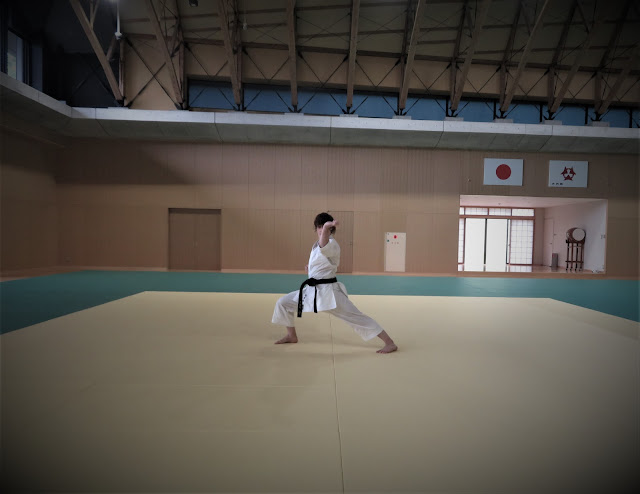 Firstly, I will outline todays two-hour technical training, excluding the 45 minutes of endurance work that followed. I'll wrap up this post with some comments on the ever growing 'micro detail' focus of karate, which is allowing many around the world to reach high Dan: but lack the tangible skills to have such levels. Osu, Andre

TSUKIWAZA FOCUS: Both Jodan and Chudan ‘OIZUKI’ and foundational renzokuwaza based on them; namely, (1) sanbon ren zuki, (2) kizami zuki kara sanbon ren zuki; and (3) ‘blitzing’. Too many points worked on to describe in this post, but maximum effect underpinned all the these; namely, an unstoppable impact. This was something I learned during my security years. The art of the ‘king hit’, which rarely fails and even if not knocking out the opponent, renders them useless for follow up attacks. Oi-zuki directly from shizentai is the perfect ‘sen no sen’ technique in this regard. It still shocks me that so many people disregard oizuki as useful on the street. 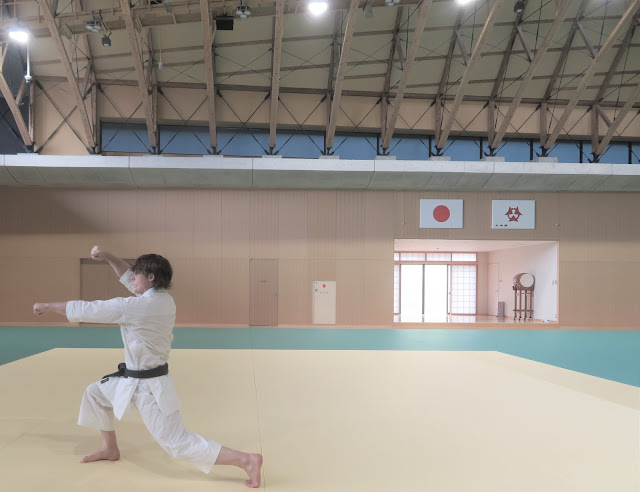 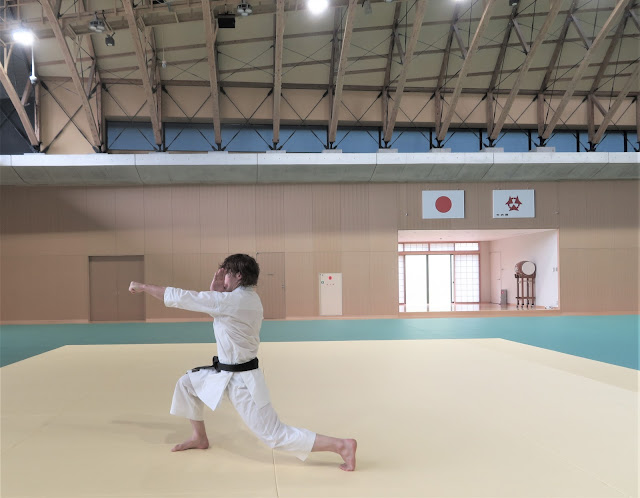 平安初段 (Heian Shodan), 慈恩 (Jion), 鶴翼二段 (Kakuyoku Nidan) and 雲手(Unsu). The dark horse of this group was Unsu, as I matured out of it, but today, I managed to reproduce some magic making all movements large scale, kihon exact, and completing with a diagonal twisting jump. Strange, as Unsu is now off the radar for me but, as I’m sure you know, such things happen in the heat of training. No, I wont be seriously returing to Unsu, but occassionaly for variation...

Jion today was my base kata. Thanks to personal advice from Osaka Yoshiharu Sensei, I have gained so much from this formal exercise…. Even though it is such a technically きつい kata. More about this later, I actually do an ‘old school Takudai version’ of Jion. It is same version taught by Asai Sensei, Osaka Sensei and Tanaka Sensei.


Heian Shodan was my link to kihon and kumite. I would like to talk about this more in this post, but I should physically (via a seminar in the near future). However, as stated at the start of this post, I will make one brief comment worth your reading time…

The tendency now amongst the major karate organizations is to focus on micro details—especially for Western members of Japanese groups. What I call 'little tweaks' here and there. Nevertheless, while this is important, it is inferior to MASS/COLLECTIVE movement of the body. This focus on micro-details causes people to get small minded (into numerous small points), which matter, but not as much as bigger issues. Needless to say, when these issues become the prime focus, one discontinues seeking optimum effectiveness. I saw this with one instructor from my home country, New Zealand, who has a 6th Dan but cannot do any basic technique well. In fact, his karate shouldn't even be Shodan standard.

Organizational brand labels and photo opportunities justify this 'karate way'; however, peoples actual karate speaks for itself - irrespective of such associations.

IF YOU DO KARATE, WHY NOT SEEK TO MAXIMIZE YOURSELF - NOT HIDE BEHIND ORGANIZATION BRAND LABELS AND PHOTOS WITH INSTRUCTORS... If you do karate, why not maximize YOUR OWN KARATE. In reality, this is all that matters in self-defense, and underpins the self-training (outlined above) that I did today, and also IKS members around the world. 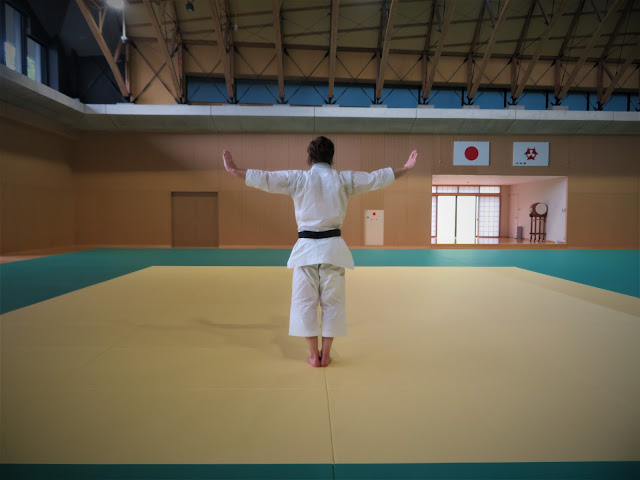