後の先 (GO NO SEN) is a ‘strategy/technique; also, a state of mind’ in karate, and budo in general: it is best described as ‘the post initiative attack’. This is where the budoka acts after the opponent has launched their respective offensive maneuver; however, it is not simply hangeki (counterattacking). Rather, it is controlling the attacker even before they begin to move. For exampling physically and, more often than not, mentally pressuring or manipulating the opponent to attack. Irrespective, ‘go no sen’ utilizes the energy and momentum of the attacker. While this all might sound airy-fairy, it works! 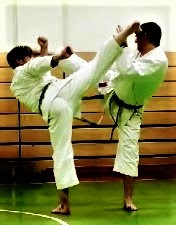 In actuality, when fighting ‘go no sen’ is my tokui: my specialty. Furthermore, away from success in dojo jiyu-kumite and competitions, I consistently used it in real fights during my years in the security industry.

As I have already explained, Go no sen is not simply defense, it is 'before'—it is a concentrated activity with a strategic goal, and in harmonization with the opponents attack. So, it appears merely like a defense or counterattack. 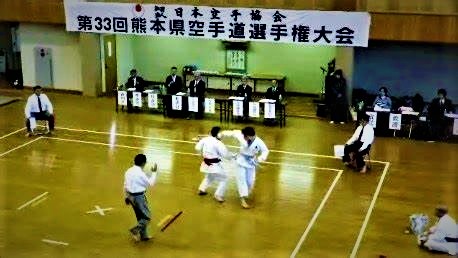 A downside to Go no sen is that it is harder to perfect than Sen no sen and Sen sen no sen, as it requires much greater sense and consequently more physical training. However, in the case of smaller people like myself (175cm and 74kg), it is a superior methodology—especially in a real confrontation. To develop Go no sen requires years and years of quality repetitions under a highly skilled mentor (or mentors). Looking back now, I know that coming here to Japan in 1993 really was the beginning of that process for me.

Aside from the combative aspect of Go no sen we can also see the philosophy of 空手に先手なし (Karate ni sente nashi)—there is no first attack in karate... Nonetheless, this does not necessarily include the preemptive attack—which is often essential in the real world, nor mental provocation, which is also an imperative skill.

As a karateka, I am still developing my skill in GO NO SEN. I am very thankful to all of my seniors who have personally guided me in this regard; in particular, the following Sensei: Asai Tetsuhiko, Tanaka Masahiko, Osaka Yoshiharu and Nakamura Masamitsu.