While there are some stylistic differences the two handed ‘windmill’ like reception is found in most ryuha/kaiha. In Shotokan, it is known as 巻落し受け (Makiotoshi-uke); however, in most styles it is termed 回し受け (Mawashi-uke). So today, I thought I’d write about the difference between these two labels; moreover, some other aspects pertaining to this technique of karate. Before I delve in, I’d like to warn you—the reader—that I’m writing rather quickly and freely today; consequently, this article may turn out to be less structured than usual. OK, so that said and done, let’s begin!

In Shotokan ‘the larger scale versions’ only appears three times in the standard 26 kata: the full version twice in 雲手（Unsu）- movements 45 and 46 respectively. And once in 二十四歩 (Nijushiho) – movement 34. The two in Unsu, as said before, are full-scale; whereas, the final movement of Nijushiho is a roughly halved. However, the smaller versions such as ‘Shuhai tekubi osae-uke appear in 十手 (Jitte) – ‘movement’ one (reference: Osaka Yoshiharu Sensei); and earlier in Nijushiho – ‘movement 16’ (which Asai Sensei termed ‘‘Tekubi kake-uke’). Certainly, these waza are effective, however, not as versatile as a full scale makiotoshi-uke (as these waza are also contained within it).

This aspect in isolation readily clarifies the technical value of this kata; however, more important, in my opinion, is the vast use of 三戦立ち (Sanchin-dachi) and generating power from this position, which is also largely neglected within standard Shotokan training. While these are merely two points of this kata, and there are indeed many others, we can again see the importance of this kata. It is well worth noting here that it is said that Hyakuhappo entered Shotokan through Nakayama Masatoshi Sensei and his close friendship with Yamaguchi Gogen Sensei. 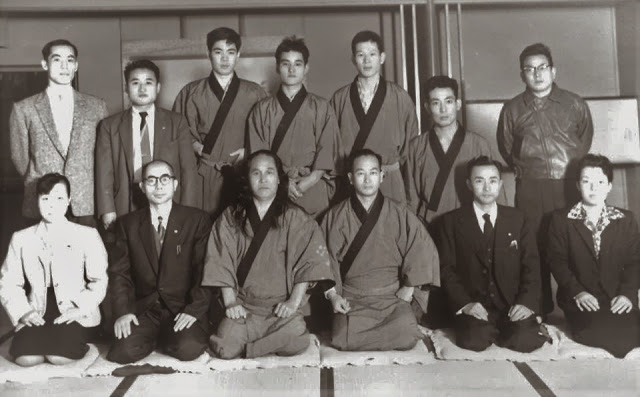 It is also worth noting here that Some Wado Ryu groups also have their version of Suparinpei which also allegedly “…entered their style via their founder, Hironori Otsuka Sensei’s relationship with Yamaguchi Sensei”.

Makiotoshi-uke is a highly effective waza in self-defense as it is easy and natural to apply. This is because it utilizes natural energy via the use of the circular action of the waza; furthermore, it makes the most of both gravity (by ‘dropping’) and disruptive angles (by ‘rolling’/’wrapping’). Added to this requires very minimal fine motor skills to apply, which is of course optimal for reliability when facing a sudden assault. That being said, it is not a waza for karate ‘competition kumite’ (except in the use a kamae and/or kenseiwaza); therefore, much of mainstream Shotokan merely practices it in the performance of Nijushiho and Unsu. This is a real shame as makiotoshi-uke is the basis for many defense and follow up counterattacks—as said before—for actual self-defense.

1.4        The ‘other kata‘ with makiotoshi-uke and critical partner drills

If one’s aim is merely ‘fist kendo’ and ‘to score points’, perhaps this waza is only for those wishing to look nice in the performance of their kata; nevertheless, if one is interested in karate as bujutsu, makiotoshi-uke is highly versatile technique (which can defend, impact, lock, take down, throw and choke an opponent). In sum, makiotoshi-uke is a waza that reflects pre-WW2 karate, which was not a sport but, rather, a complete system of self-defense. I will conclude on that note today. 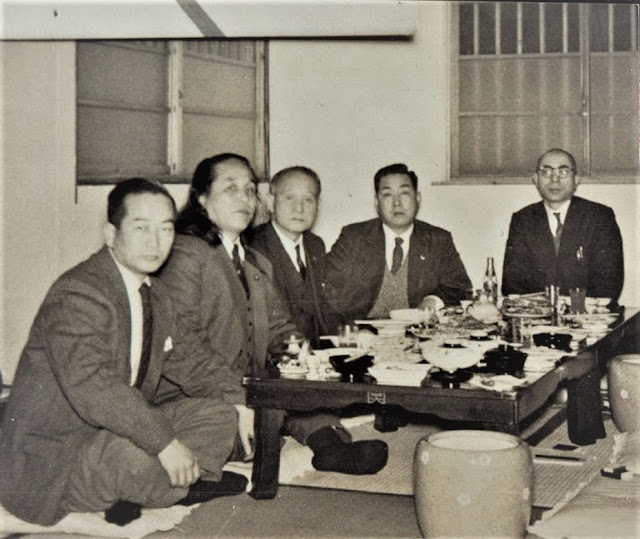