The kanji 空 has eight brush strokes and eight is very important in budo. 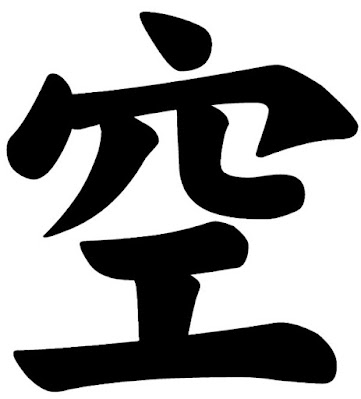 In fighting there are eight generic directions/angles… Are you following me here? Master Funakoshi didn’t just change the name of karate from 'Chinese hand' to 'Empty hand', he was also trying to make a reputation above his peers, as there was clearly a race.

The ‘kara’ in karate—was an extremely advantageous and intellectual way—to assist his efforts in this regard. His multi dimensional approach "...as a studious lover of classic Asian literature" was behind his labeling of our art. History shows, that Funakoshi Sensei became the dominant master introducing and promoting karate in mainland Japan (via the pen as opposed to the sword); hence, via transcending his peers. Consequently, he is now recognized as ‘the founder of modern day karate’.

Irrespective of whether this is taken as a compliment or otherwise, again, Funakoshi Sensei came out victorious amongst his contemporaries; and, as a result from this catapult, Shotokan became—by far—the most popular karate style in the world.

So now, allow me to return to the eight brush strokes in 空. He transcended the meaning of 'empty hand', and his study of Taoism and other Chinese classics underpinned this. This is because he included the technicality within the name ‘Karate’ and ‘Karatedo’. This technicality is 'Happo'. This concept and physical reality is at the heart of TENSHIN. Circle and point. Certainly, this immediately brings to mind the 八門型 (Hachimon Kata)—‘eight gates’, which is has an enbusen that “…covers all eight defensive and counter offensive directions”.

Asai Tetsuhiko Sensei ran with this idea and, in doing so, tied the karate of Funakoshi Sensei with Hakutsuru-ken (White Crane Fist) and contemporary JKA-style Shotokan-Ryu.

I will not address the reading issues of onyomi and kunyomi in this article, as that would be distracting from purpose of writing it. Instead, I recommend readers to focus on the eight brush strokes as this has relevance (to both tangible training and a facet of the intellectual basis) in the naming of KARAte. I’ll leave it there for today. 押忍 — アンドレ. 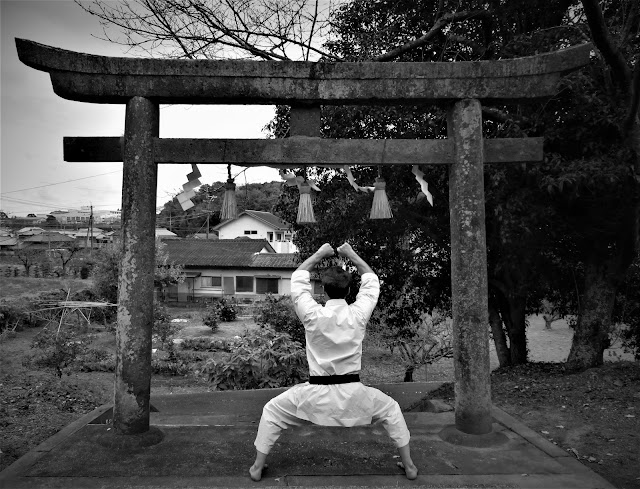