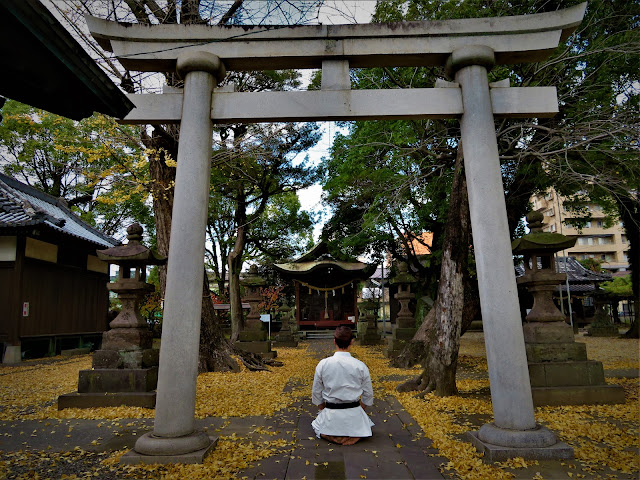 One important point that often get slightly less attention than it needs is the ‘moving leg’ which, more often than not, is a little overshadowed by the pillar leg or sasae-ashi.

This is for several reasons, the first being the highly engagement and use of muscles into the sasae-ashi needed for compression, propulsion and so forth.

Irrespective of this, it is essential to correctly use the moving leg as it is still 50 percent of the leg actions; albeit, significantly lighter and swifter. In sum, this balance of hard and soft, powerful and swift, is essential if one wishes to optimize their leg movements.

While, for the most part—when doing kihon waza—we keep the hips at the same height. This means that we load the support leg by conscientiously bending/compressing at the knee and stretching the ankle. This allows us to utilize the momentum/contraction-expansion of the action and utilize the power line fully. In addition to these aspects the removal of superfluous and overt telegraphing is also ideally addressed following this methodology. Obviously, I could add to these points, but I think this is all very clear. 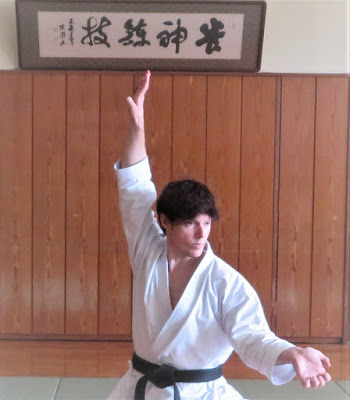 Movement three of Heian Yondan provides a very blatant example of this. When turning and advancing from hidari kokutsu-dachi into migi zenkutsu-dachi we begin with majority of the weight on the left leg. From there it is essential to strictly invert the lead right foot counterclockwise to precisely face shomen then transfer the majority of your weight to it. From here we drive forward transferring the weight to the left leg (with a swift action of ‘the moving leg’) forming hidari zenkutsu-dachi. In sum, open-close-open. Tai no shinshuku... Of course, the upper body actions also follow this process, which results in the dynamic and powerful waza: which characterizes Shotokan-Ryu.

Simply advancing with the moving leg—the pillar leg ‘playing catch up’—can work at a very low level; however, it is an unreliable and unsophisticated methodology, which cannot lead to technical excellence.

Asai Tetsuhiko Sensei was highly particular when it came to unsoku. I think that he greatly contributed to the JKA style that exists today, irrespective of organization. Sensei greatly emphasized maximum impact via unsoku, taisabaki and tenshin. Tenshin was the topic of his JKA Hachidan exams ‘Kenkyu Happyo’ (Research Presentation). In saying that, he did not compromise 'effectiveness for looks'; rather, his 'karate path' was was based on optimal effectiveness: KARATE AS BUJUTSU.

Irrespective of the type of unsoku, from the most simple to the most advanced, the mastery of both the pillar leg and moving leg—and their inseparable harmony—is of utmost importance to achieve optimal kime in one’s waza. 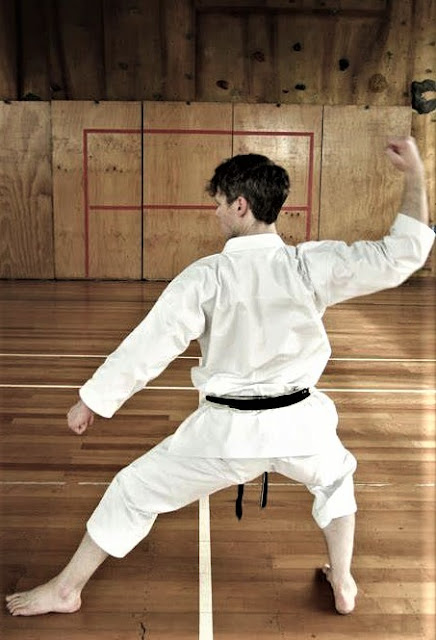