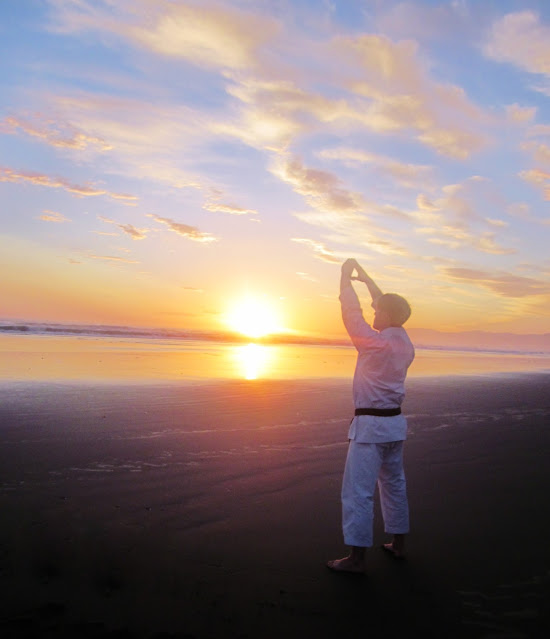 Oh no! Not 観空大 (Kanku Dai)! We’ve all heard that before… Maybe we were the one’s that said it? I have in the past, because I'm naturally lazy. Accordingly, I use lots of self-motivators from the various schools of psychology, which I've used to generate motivation. But that's another topic.

Quite often, earlier in people’s karate careers (Shotokan-Ryu)—between the brown belt and nidan stages—go through a real ‘Kanku Dai phase’; however, just as often they tend to later veer away from it. Over the years, as an instructor, I’ve found many reasons for this; nevertheless, these are the most common (I’ll also add some supplementary comments where potentially useful, at least I hope!!).

2. Related to the previous point—but also due to the immense amount of large-scale techniques within it—its physicality. Kanku Dai is hard work!

3. It is the most difficult of the four sentei-gata as it most vividly reveals the individual’s level of kihon; thus, unveils their overall technical skill. Quite possibly, according to several legendary instructors I personally know and learn from here in Japan, it is the most difficult Shotokan kata to masterfully execute. In other words, it’s scary!

4. Flexibility! Again, in regards to the second point, Kanku Dai requires a large range of motion. For example, there are four yoko-geri keage, three jodan mae-geri keage and one nidan-geri. Not to mention all the transitional movements to and from large scale tachikata.

5. This point might seem interesting, but it’s very true. Relaxation!!! This kata, like all kata and karate/budo in general requires one to be relaxed; nevertheless, this is most obvious in Kanku Dai. To become one with one’s surroundings, which is minuscule dot—yet still a part of the universe—one must flow via relaxation and naturalness. This links Kanku Dai ‘look at the sky’ to Unsu ‘cloud hands’ in ‘waza no chikara’. Notice that the opening movement of Unsu is contained in the opening movements of Kanku Dai. Indeed, this is one of several points. Overall, these are both ‘sky kata’ and the sky is something which relaxes us. That’s why I always look at the sky and post photos of it. The other sky kata is Hushu (Kaze no te), which is the most complex kata I practice and is yet to be shown and taught to the wider world.

6. Stigma… This comment is more of an issue here in Japan amongst Japanese karateka. Here in Japan Kanku Dai is called ‘the DAI ICHI kata of Shotokan-Ryu’. Consequently, away from its competitive requirements, Japanese karateka typically avoid it. This situation comes from Funakoshi Gichin Sensei and Nakayama Masatoshi Sensei.

I’d like to wrap up by saying that Kanku Dai is not a good kata for my body type, however, I regularly practice it—along with all the other kata. It’s really hard for me and not fun, but it boosts my karate. I think Kanku Dai is a really beautiful kata, but very few can make it beautiful. That being said, when one’s focus is budo karate, vanity must be left at the dojo door.

Here's great quote from Asai Tetsuhiko Sensei which he said to me, I hope it resonates and inspires you: “Everyone is trying to be too precise… just do the kata. Kata is for fighting!” I failed my Godan under Asai Sensei for this very reason. He said I was too precise. He sternly emphasized “this is not a competition”. Basically he was telling me to ‘grow up’. It was needed advice for me, and he knew it.

Kanku Dai is exactly this… yes, it’s tough. But it’s something that helps us ‘grow up’ our karate.

My advice here, to whoever reads this, is simply this: just do kata. Seek to always improve, of course, but don’t get hooked on ‘tournament perfection’, which dominates the minds of people doing kata now. Free yourself, find your own karate and maximize your individual growth. JUST DO KATA, and aim to improve yourself! This is the real purpose of kata. In my opinion: "Kata is RESTRICTION TO FIND LIBERTY". 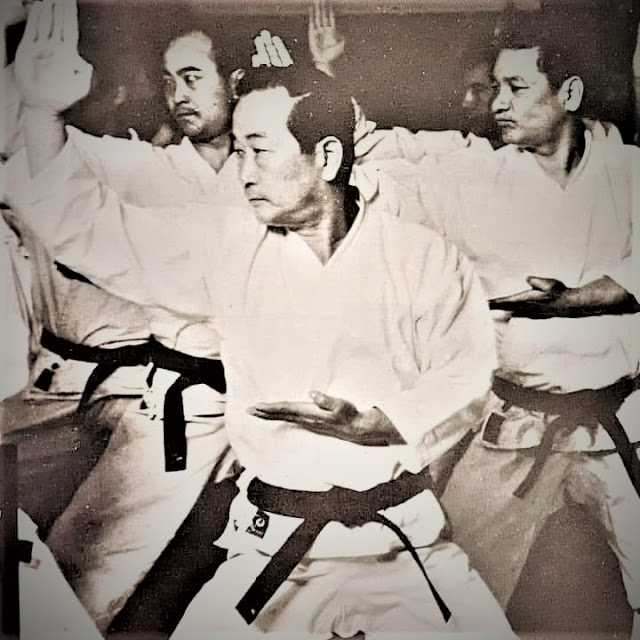