For those of you who possess or a familiar with Nakayama Masatoshi Sensei’s ‘Practical Karate’ series of books, and ‘self-defense movies’ (in particular, those produced in the early 1960s), you probably have a few 'metaphoric question marks' floating around in your mind. 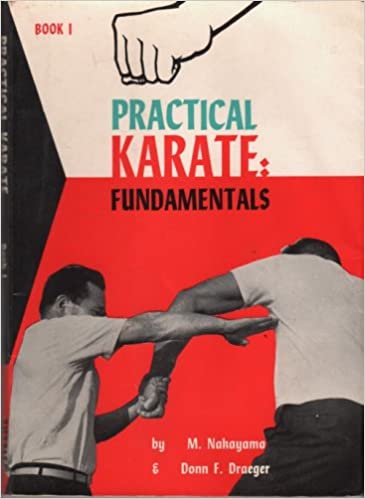 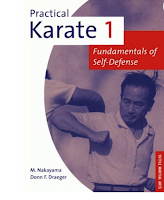 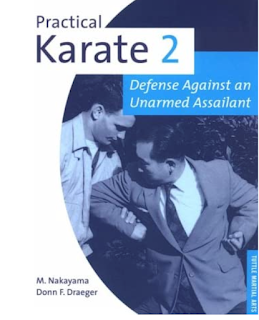 Some of the ‘self-defense techniques’ demonstrated in these books and videos are clearly useful; however, many of them are ‘show boats’. I'll expand on this later. Anyway, I have heard some people say that “…the instructors demonstrating were so masterful that they could pull these waza off in real fights”. Well, certainly, I’m not denying their technical excellence, power and mental toughness; nonetheless, as a guy who spent the best part of a decade working on nightclub doors and getting into numerous violent altercations, I couldn’t help being skeptical nor permanently ignore this.

If you’ve read my last article, you may now be a little confused. That is because “…the techniques in these books and videos, for the most part, are neither bunkai nor the practical oyo.” So what are they? What was their purpose???

Actually I really didn’t know either, so several years back I finally asked several of Japan's most senior Shotokan Karateka. Doing so I  found out a consistent story, which adequately answered all of my questions and more. So here you go!

These self-defense publications and films were a ‘rapid public advertising campaign’ for the 社団法人日本空手協会 (JKA). That’s right, they were purely to capture the public’s imagination with bling—simultaneously connecting karate with some ‘superhuman form of practical self-defense’—to draw in masses of members. 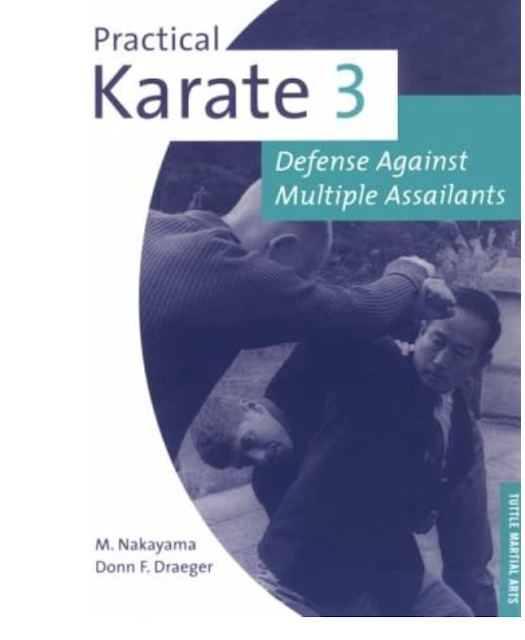 My seniors also explained that karate was still a mysterious art for people in Japan (especially mainland Japan, and even more so around the world), so "...such spectacular demonstrations were an effective way to promote the Kyokai: both domestically and globally". That is, 'control the domestic karate market (Japan)' and then 'seamlessly spread JKA style Shotokan across the globe'. Sure enough, it worked!

I need to mention here that other groups were also ‘competing to attract members’; hence, the stakes in the 1960s and 1970s were particularly high for Nakayama Sensei and his JKA. A 'Golden Era' was crafted not only with the international deployment of professionally trained Japanese instructors but, also with 9mm films and published literature to 'spread the Shotokan gospel'. 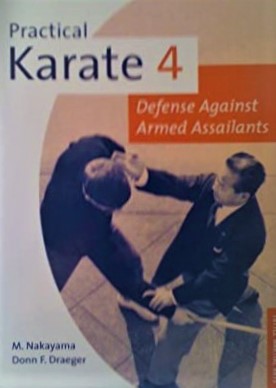 So what we have here is "...a series of books and videos which are historically unique in the sense of commercialized karate".

Ironically, many of the techniques demonstrated in the videos are the basis of the the Japanese enbu (demonstrations) that we still see today at competitions and festivals. Largely this is because they are visually spectacular and showcase karate athleticism. Moreover, many famous instructors have told me that they've intentionally 'technically linked' their respective enbu to Nakayama Sensei’s. This really accentuates Japanese culture, especially in the budo world; nonetheless, this topic is too broad. deep, and distracting (for me to address today in this article). 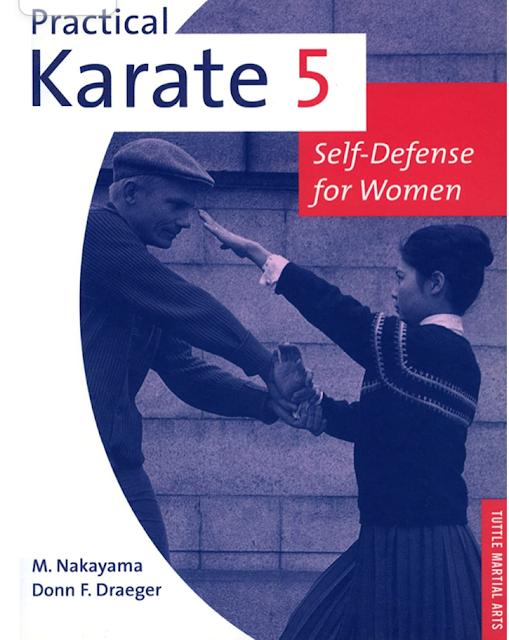 The most passionate instructor, who talked about Nakayama Sensei to me, was Abe Keigo Sensei. If you watch any of his enbu, you can see ‘evolved Nakayama style Karate’ throughout them. And this is what he, himself, once said to me after training. Unfortunately, at the time I did not connect that to the self-defense videos, as this was around a decade before I knew about the history I'm writing about today. In retrospect, however, what he was saying made total sense to me; furthermore, was consistent with the comments made by many other Japanese masters whom had said similar things. 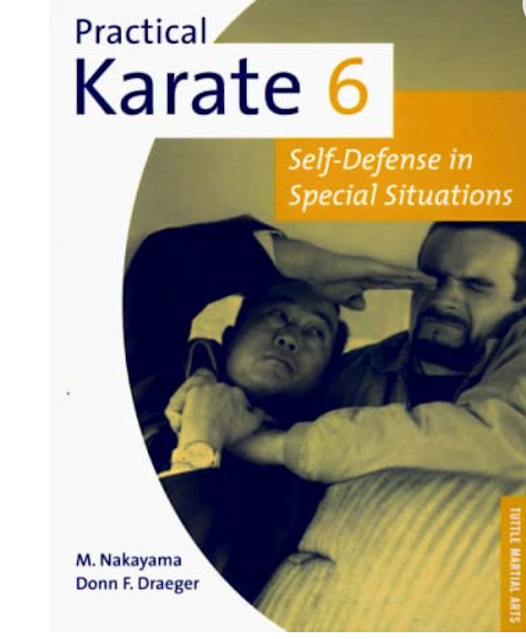 OK, so how about any useful content in the books? The books feature some very useful basics like stamping feet, eye gouging, fish hooking, kicks to testicles, various elbow strikes, and basic escapes. But again, the content is more of “…an attempt to loosely connect Karate to self defense in the real world, in order to promote one to take regular karate lessons”. 'Regular karate' meaning JKA lessons, of course! Based on what I’ve read, and heard, about Donn F. Draeger Sensei (as co-author of the 'Practical Karate' series) my assumption is that he would have 'spurred on the more pragmatic aspects' within the books.

Overall, upon finding out about this promotional phase in the history of Shotokan and the Japan Karate Association, I felt both relieved and, admittedly, a little disappointed as well. That being said though, one cannot deny the amazing job Nakayama Sensei did to get his organizations name ‘out there’. After all, Shotokan is still, by far, the most popular karate style in the world. I have no doubt that this ‘promotional campaign’ focusing on ‘self defense’ played a very significant part in this process and, for that reason, they were particularly useful at that time in history.

In sum, it is easy to look back and be critical. I’d rather look back and see the value of things in the past; moreover, armed with this knowledge, push forward into the future. Certainly times change, as does the appearance of things; nonetheless, the human condition—physical, mental and, dare I say, spiritual—is relatively constant.

With this in mind, there is now a new battle; that is, the promotion of budo karate, in a predominantly and increasingly sports-focused karate world.