CHRISTCHURCH EARTHQUAKE: A NEAR DEATH EXPERIENCE 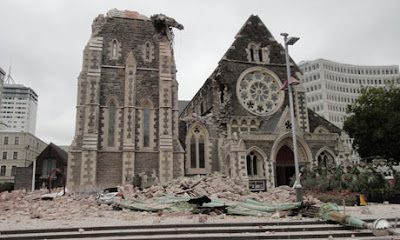 Tuesday the 22nd of February began like any other day in my life, with my karate self-practice. After training, I had brunch with my wife Mizuho, then later we ventured into the central city just after 12:30pm. Our objectives were to travel to the Cathedral Square branch of the ANZ bank and attend a meeting on Salisbury Street just a short distance north of `The Square'. Nothing normal or out of the ordinary...

To get to the CBD I drove up St. Asaph Street (a two laned one way road) passing the former Southwark Street Dojo. As we neared Christchurch's main road Colombo Street, I became impatient with a slow moving commuter bus in the right lane, so I shot forward and changed lanes overtaking it, and not thinking terribly much... This meant that we turned right into Colombo Street first and made the lights. As it turned out, the bus, still moving slowly, also made the lights, and eventually caught up with us at the next set of red lights (at the Tuam Street intersection). Little would we imagine what would occur at this moment and the resulting devastation.

Waiting for the lights to change, we were greeted by a thunderous roar from the ground and a violent jolt, an earthquake which could be nothing less than destructive. In that m 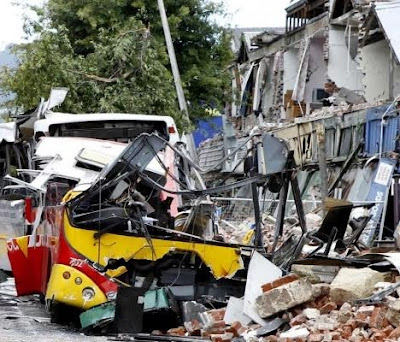 oment large stone masonry collapsed from two buildings down towards our car, most devastatingly from the left rear angle (passengers side where Mizuho sat). Reactively I accelerated the car forward to avoid my wife from being crushed, then braked in the middle of the intersection telling Mizuho to `cover her head'. By this time a dust wave had already engulfed our car making us vision-less. As the dust cleared we were confronted by a man with critical head injuries, a woman with a snapped elbow, a woman whose face or head was bleeding and a totally crushed bus directly behind us, with no signs of life. We miraculously escaped with only minor damage, some scars to our vehicle on both sides, where the bricks had toppled.

I will not go on from there, except to say that my home town, the city of Christchurch has suffered a catastrophic earthquake which has taken the lives of many people, crippled many for life, and broken the hearts of many more. The iconic buildings, such as the Christchurch Cathedral, the most symbolic building of Canterbury collapsed and in doing so, also killed a number of people. The television company - CTV, who interviewed me on a visit here from Japan last year (whom many of you have watched online on YouTube), lost most of its staff, as their modern building was outright destroyed. I have yet to hear if the Annabel and Ben who came to complete the interview are still alive. Many young boys and girls from abroad were also in this building as there was an reputed English school there. Ironically until just recently, Mizuho also visited this school on occasion to look after Japanese English language students.

Mizuho and I survived firstly by luck, and secondly by reaction and calmness. I am thankful that someone was looking after us, and that my 30 years of karate training honed the reactions needed to maximise such a small m 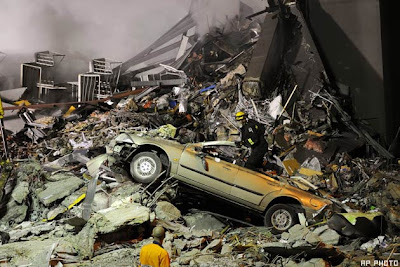 argin for escape. We only wish we could have helped others to also escape unharmed.

WE OFFER OUR DEEPEST CONDOLENCES TO EVERYONE WHO HAS LOST LOVED ONE'S IN THE CHRISTCHURCH EARTHQUAKE.