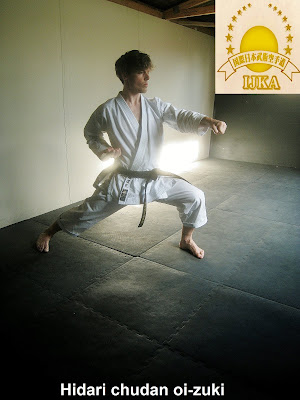 Oi-zuki (chasing punch) is often referred to as the `lunge punch’. Oi-zuki along with the gyaku-zuki (reverse punch) and mae-geri (front kick) are the core offensive techniques in Shotokan style karate. Without the mastery and on-going `sharpening' of these foundational techniques, everything else is irrelevant. Oi-zuki is of particular importance as even in its most basic form develops fundamental koshi no kaiten (hip rotation) and tai no shinshuku (the compression and expansion of the body).
________

In addition to these points, relaxation to achieve superior snap, and various timing is developed in relation to the punch and propulsion of the stance. This eventually takes the technique away from being `merely oi-zuki’ (I.e - a subtle change in timing can easily turn it into oi-komi gyaku-zuki etc). Keeping the hips in hanmi, only rotating strongly into shomen at the end (timed with the 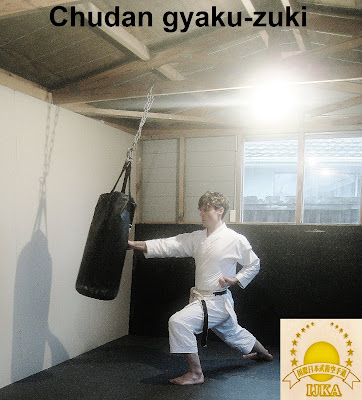 stance completion, hiki-te etc) is the most powerful method. However, timing 'the movement and the arm' is hardest to defend against. All types must be practiced and employed according to the situation.
________

Use all forms of yakusoku-kumite, jiyu-kumite and the sandbag (or makiwara) to maximise your development. Don’t settle for mediocrity, but rather seek ichigeki-hissatsu with all of your techniques. Of the three core kihonwaza of Shotokan, oi-zuki IS SUPREME as it contains the support leg drive/stretch of mae-geri and gyaku-zuki, and has gyaku-zuki within its timing. Oi-zuki therefore remains the most important technique in karate-do.
________ 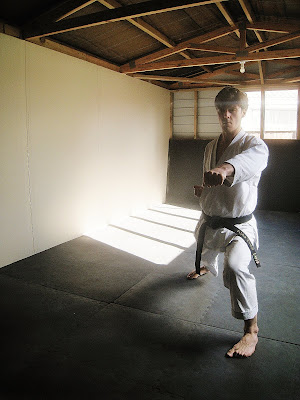