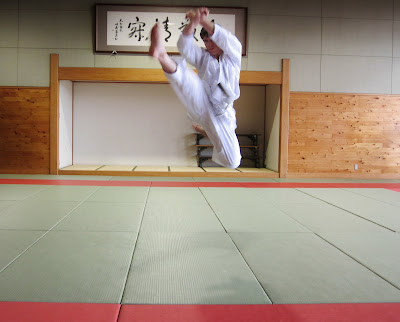 So you are GOOD AT KARATE? You are a `Karate Master'? Some people have said that I've made such claims, which is something I never have done. I once said "I am above shihan, I'm Gohan" but if you understand Japanese, you know this is an 'oyaji gag'.

A Master? No! I've been interviewed on TV in newspapers etc..., and all sorts of weird stuff has been written and said about me by reporters, including being labelled a `Master'. In saying that, everyday I try my best to perfect or `master' my karate.

A Puppet? Yes! A few times I was even been TOLD WHAT TO SAY. For example I was told once to say "kara-tee" instead of karate by a reporter, as what I was saying was "not English"... Need I say more... In the Asai Sensei inter 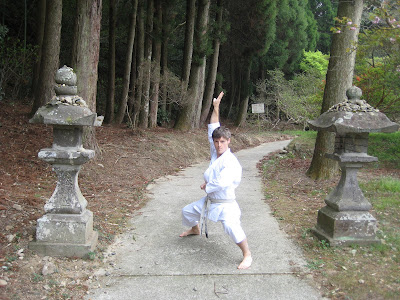 view on New Zealand National Television, almost everything I said was what Asai Sensei told me to say... If you understand the Japanese 'Senpai-kohai' relationship, you will understand this. In addition to this I've been completely misquoted several times in newspapers!

Good at Karate? That's my constant aim. My goal is to one day be 'good at karate'. In saying that I am not afraid to openly demonstrate my technique with all of its flaws. Slightly off topic... Some people have accused my uploading of karate pics & videos as being arrogant but thankfully most people appreciate them and find that they add integrity to my posts. Funnily enough the odd person that says such things you'll never see demonstrating anything online, and when you do...

I'd like to wrap up by saying that I try my best and have done so for a few decades. I don't claim to be `Good' or a 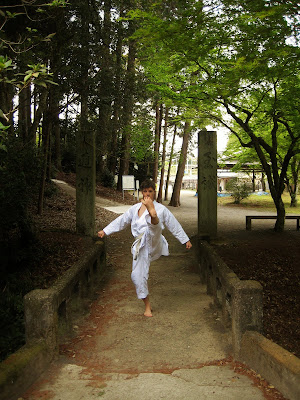 `Master' in the martial arts. My experience, personal relationships with senior karateka (especially Asai Sensei), dan, competitive record, qualifications, times training in Japan, & even this blog are all a sideshow in comparison to what really matters. And WHAT REALLY MATTERS IS ONE'S OWN KARATEDO TECHNIQUE & EFFECTIVENESS. Let's talk with our skills through rigorous training and let the politicians continue acquiring their titles, ranks and authority through lame karate practice and lots of big mouthing.