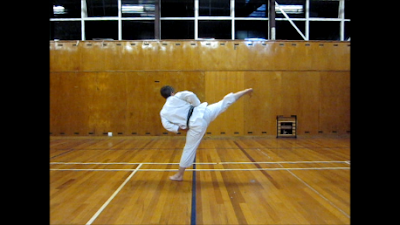 The kata I'm now practicing extensively is Nijushiho, my late mentor Asai Tetsuhiko Sensei's Shotokan-ryu tokui-gata.
Below the pictures of my self-training today is a still of Asai Sensei at around 19 years old (circa 1954) from the old JKA- Japan Karate Association 8mm films. At this age he was apparently already assigned Nijushiho by Master Nakayama at Takushoku University. 52 years later, in 2006, he was still working on it! As I practice Nijushiho kata, a form which I've known for well over 20 years now, it is easy comprehend and openly say that I'm merely a beginner. This is reflected by my age, 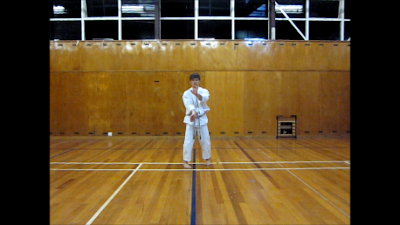 tenure, and most importantly my skill in my execution & application of this kata. Will I ever get a Nijushiho which comes close to Asai Sensei's? Most probably not, but I'll continue to try!

Whilst years of dedication are impressive, it is what one does with their time, which really matters. Asai Sensei not only studied karate for several decades, but clearly maximised his time to acutely perfect his craft.

Running a dojo is certainly not enough! Just as training for years and years, and training hard, is not enough. One must train correctly and be seriously challenged by other talented karateka daily. 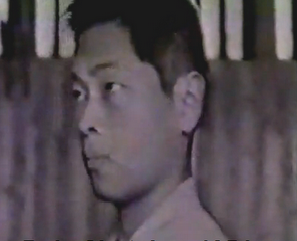 Otherwise time is wasted. The example of a mature kata, such as Nijushiho, & the benchmark of a karate master, such a Tetsuhiko Asai, supplements these prerequisites, providing a wonderful "elite example" to follow.