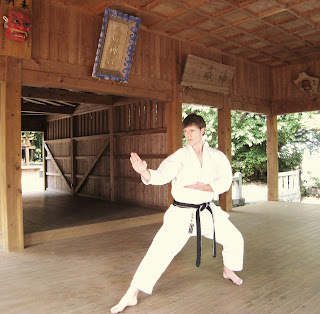 I am a very confident person in my life, but when it comes to my karate technique, I’m never happy with myself – never satisfied. That is the reason I’m so confident in my life outside of the dojo, and this is how karate-do builds its followers into stronger human beings. Karate training knocks us down, as it forces us to mercilessly face our weaknesses, and no matter how much we technically improve, we find more flaws… Unlike our lives, karate is never ending, therefore it serves as a vehicle to improve ourselves throughout our lifetime, hence it is ‘lifetime budo’.
_____
Shuseki Shihan Tetsuhiko Asai once stated “A karateka who thinks he is ‘good’ is finished, if they are trying to follow Karate-Do.” In my opinion, this statement says so much about authentic confidence/humility, self-motivation and the foresight to seriously seek improvement both physically and mentally (through the art). 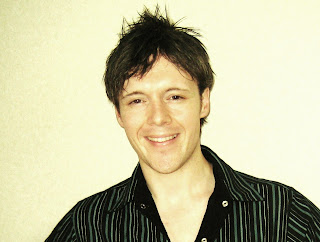 How can a karateka, who is always seeking to improve, be or become arrogant? Well quite obviously, they can never be arrogant, and if they are and wish to keep progressing technically, they need to foster humility. That is, they must be, or become, legitimately confident in themselves.
I’d like to conclude by saying “If one is satisfied with their technique, or arrogant about their ability, their karate is stagnant, not only technically, but also in their personal growth.

My goal of one day having good karate, may never be achieved, but I will use the 'karate training process' to better myself as a man, throughout my life. To me, this is Karate-Do and what defines it as 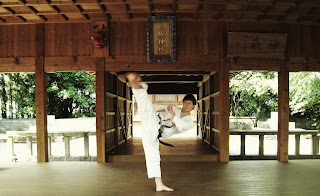 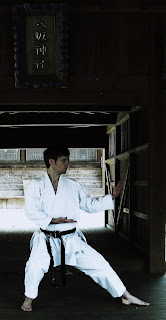 Introduction: Me no kubarikata means ‘placing the eyes’. In karate we typically utilize 'me no kubarikata' in four circumstances. The first and most obvious is in kumite against a single opponent. The second is when practicing solo kata or doing solo kihon. The third is when doing impact training against a static or moving target (makiwara, heavy bag, impact shield, focus mitts etcetera). And the forth is to deal with multiple opponents. In this article I’d like to primarily dedicate my time explaining me no kubarikata in solo kihon and kata (as this is the foundational training to perfect this skill for kumite).

Advice from the late Masatoshi Nakayama Sensei: Masatoshi Nakayama Sensei stated in his ‘Best Karate’ publications “If you fasten your eyes on your opponents face, you will lose sight of other things. When you are watching for his kick, you will not see his upper body. You must see all, from the top of his head to his toes. Take the measure of the opponent in front of you clearly, let your eyes feel as though they are looking at a distant object.” His advice was to comprehensively “see everything” when doing kumite (therefore this applies to every aspect of karate training; keeping in mind that “Kihon and kata are kumite, so we must practice this method at all times”). 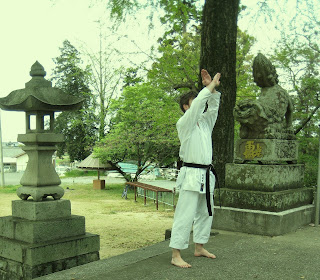 Quote from Gorin No Sho: Nakayama Sensei also quoted Miyamoto Musashi in ‘Best Karate’, on the subject of heiho no metsuki (The eyes in combat). “It is important to keep the eyes on all things, seeing both widely and deeply. In seeing things, there are kan and ken. Penetrating the true nature of things is kan, seeing surface phenomena is ken. Accurately judging far away conditions and rightly grasping the nature of nearby phenomena is a secret principle of the art of war. The secret of success is to know the enemies sword without looking at it, to concretely assess his nature, and not to be seduced by his movements. It is vitally essential to take in both sides (left and right) without moving the eyeballs. Mastery of this is not easy.” In this case we are given a broader ‘martial view’ of me no kubarikata, however I’d like to comment on the last point of "seeing everything without moving the eyeballs”, which I believe ‘completes the equation’ (on a practical/training level for the karate practitioner). Quite simply, “Try to see ever 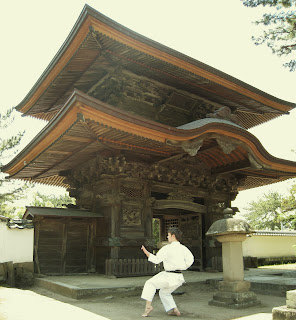 ything, and try not to let your real, or imaginary opponent, see anything in your eyes...” In Japanese budo, besides not telegraphing techniques, this also means to not show ones emotions such as elation, fear, anger, disappointment etc.
Conclusion: Just like we learn to control the muscles of our limbs and torso, we also need to control the muscles of our face. Why? Because our facial expressions, especially our eyes, often ‘story tell’ our intentions and emotional state. Try to see everything, and 'present a detached or neutral expression' to your opponents. Give them nothing to read… By practicing proper me no kubarikata in solo training (kihon and kata) you will greatly enhance your awareness when fighting, and can also perfect an expression, which gives your adversaries little or no insights. 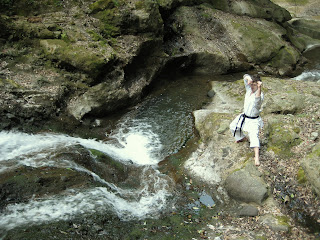 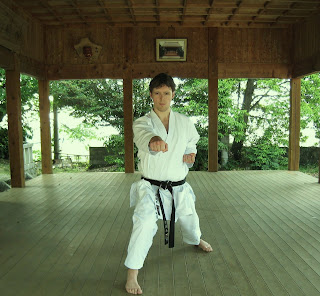 At present my kihon training is completely dedicated to the Shodan Exam Fundamentals with emphasis on “Waza no naka ni waza ga aru” which roughly translates as “There are techniques within a technique”.

Essentially I am breaking down the shodan-shinsa kihon for some general ‘fine tuning’. Namely, my attention is on: (A) Technique start positions and initiations; (B) Tight chambering/Windups; (C) Trajectory throughout each technique and the corresponding footwork/body shifts; and (D) Smooth recovery. The overall theme is ‘Kihon for Ku 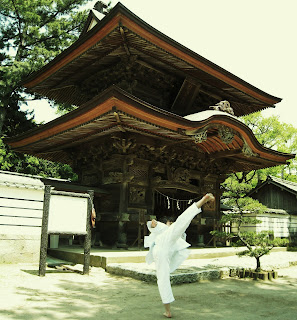 mite’, especially in regards to effectiveness in the quarter, half, and three quarter stages of techniques. Insofar as kata and kumite practice is concerned, please check my last training regime (http://andrebertel.blogspot.com/2009/04/karate-do-keiko.html) as I’m still following last month’s schedule.

The Shodan Examination Fundamentals I'm practicing are as follows (please note, that all stances are zenkutsu-dachi unless otherwise mentioned in brackets): 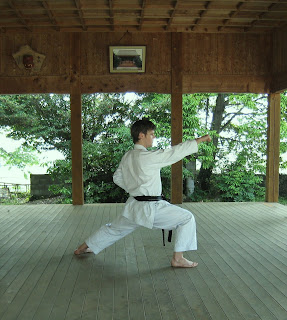 Overall, my practice of the shodan-shinsa kihon has been very physically and mentally challenging, especially in regards to the dissection of techniques. It really is a case of eradicating those bad habits, which inevitably creep back in, and to continue seeking a higher level. All the best from Oita-ken, Japan.
_________ 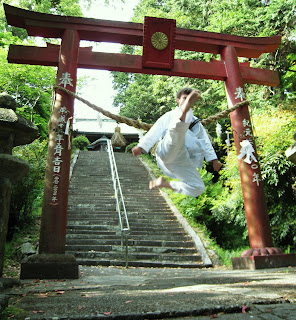 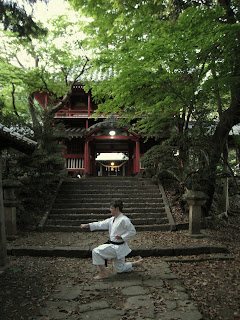 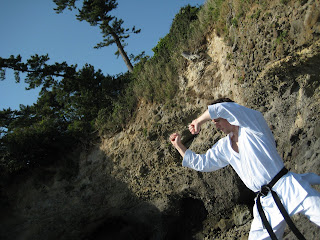 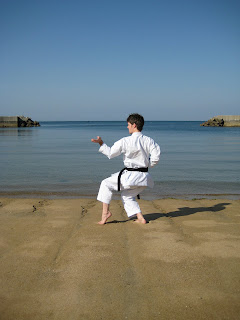