KARATE DO: A POWERFUL MECHANISM FOR DEVELOPING RESIILIENCE 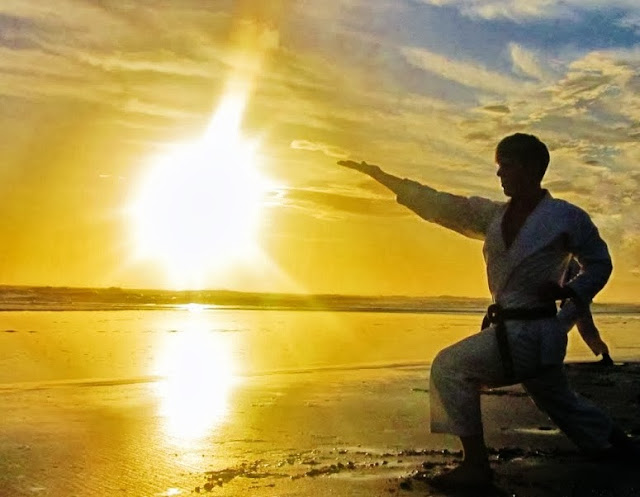 I am now reviewing the five Heian kata with special focus on fine points of fundamental technique (kihonwaza) and, in particular, the removal of superfluous actions. For example, wind ups for ukewaza such as morote-uke, seiken juji-uke etcetera; and completion of techniques within the correct range of action, such as kihon tsukiwaza (namely, jun-zuki and gyaku-zuki). This approach is also being taken in my kihon training and includes a tighter control over nukite and gyaku-zuki following keriwaza (i.e. – shuto-uke kara kizami mae-geri soshite nukite, mae-geri kara yoko-kekomi, mawashi-geri soshite gyaku-zuki and so forth).


Yet again, repeating the maxim I constantly stress on this site, “kihon is everything”. Accordingly, this is because it offers the ultimate challenge, as via its complete and utter `rawness’. Kihon, the fundamental kata, and yaksuoku-kumite show us how little we “really know”: and “know” in karate (and all other physical disciplines for that matter) is determined by what we have “programmed into our bodies”. Where do YOU come unstuck in this regard…? There are certainly plenty of places in my case: especially when I am fatigued during a taxing class. Needless to say, this is the ultimate challenge of karate—it gives us the necessary taste of `humble flavoured pie’; moreover, it elucidates how physical training can benefit us mentally and spiritually. 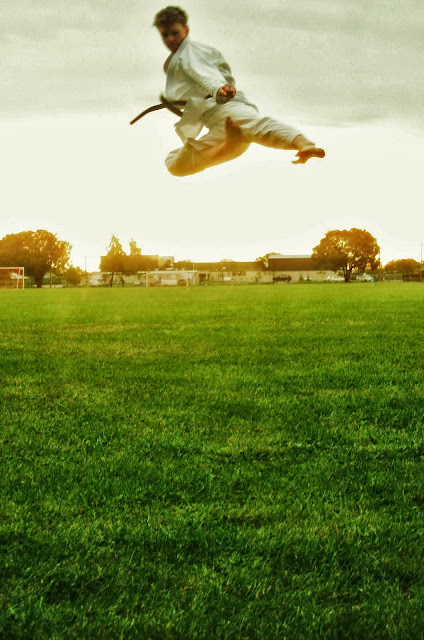 My understanding is that many people eventually quit training because of this point—the feeling of never getting the fundamental techniques to the level that they have in their minds/aspirations. This is definitely the wrong reason to quit and it misses what karate-do is… Karate-do is not a destination of perfection; rather, it is a road towards it—a road towards an `unattainable yet motivational goal’. Striving to get the most basic techniques right is a lesson that never ends, and I am very thankful for this point.


Pushing through this challenge is a POWERFUL MECHANISM FOR DEVELOPING RESIILIENCE: that is, the ability to bounce back in life. Resilience is a quality that everyone should have and need to maximise their lives. We shouldn’t be vain and think that we want to be the best—this is a dangerous trap, which leads to self-defeat… Instead, just think that we want to better ourselves and humbly strive towards this goal. By following this `way’ one will become the best they can be. 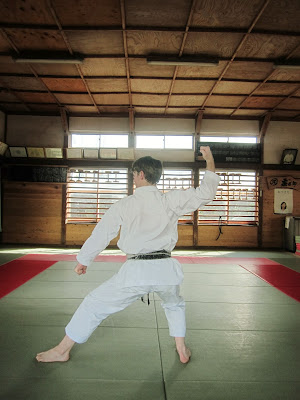 Harnessing “power from within” in karate-do requires that the limbs are not the centre of one’s energy. This means that power (energy) is sourced from the seika tanden, the hara, the hips; that is, the centre of one’s body in accordance with natural kokyu (breathing), which facilitates higher awareness (and immensely increased physical effectiveness). Of course, as mentioned, kokyu is also at the centre: and kokyu centres the mind helping to control emotions such as anger and fear.

________
This is probably one of the reasons why `chudan waza’ are so predominant (in the kihon and kata of karate-do): because they facilitate `power centralisation’ and an innate understanding of the chushin (centre line)—in the most comprehensive way. Moreover, this benefits the daily lives of traditional karate-do practitioners as it can result in greater concentration and a more peaceful life. 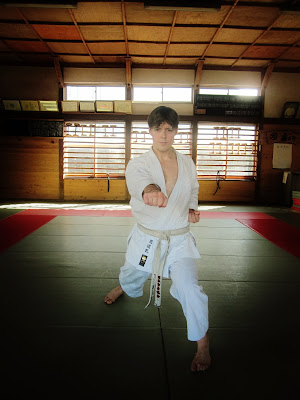 Returning to the training of waza (techniques) in karate-do, common sense quickly reveals that `jodan waza’ i.e. – jodan age-uke, jodan gyaku-zuki etcetera add additional challenges (in particular, higher level shoulder joint control) and; because of that, they increase the number of `critical focus points’ whilst practicing. Irrespective of one’s thoughts on these matters, centralisation of power and concentration on the chushin are utterly imperative. 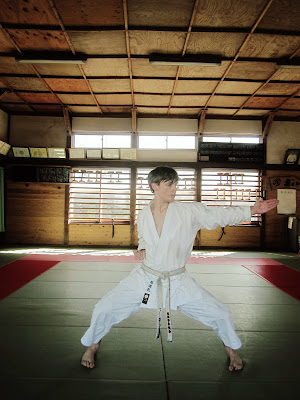 Most obviously this point elucidates the need for the limbs to not `leave from the body’ but, rather, “come from and are transported by the body”.  Examples of this are tight and high chambering of keriwaza, not letting the elbows of `blocking arms’ keep the fundamental rule of being  `one’ to `one and a half’ fist widths from the head/torso, and so on…
Always remember, the traditional karate-do technique is never born from the limbs: just as "the pen is mightier than the sword". Kindest regards from Aso-San, André.

﻿
I didn't notice that this blog has now had over 1,200,000 visitors! I would like to thank everyone who has supported the site since I started it in 2007. 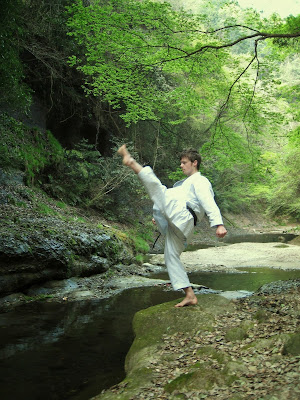 It is a great honour. Thank you all very much! After 32 years of practicing karate-do I still dream of one day having good karate. While I may never attain this goal, seeing step-by-step improvement through daily practice has still been rewarding.

More than technique, my hope is to continue to develop my character through Karate-Do Keiko and, in doing so, contribute more to society as a whole. I think this is the essence of true Karate-Do.

Kindest regards and thanks, André Bertel. 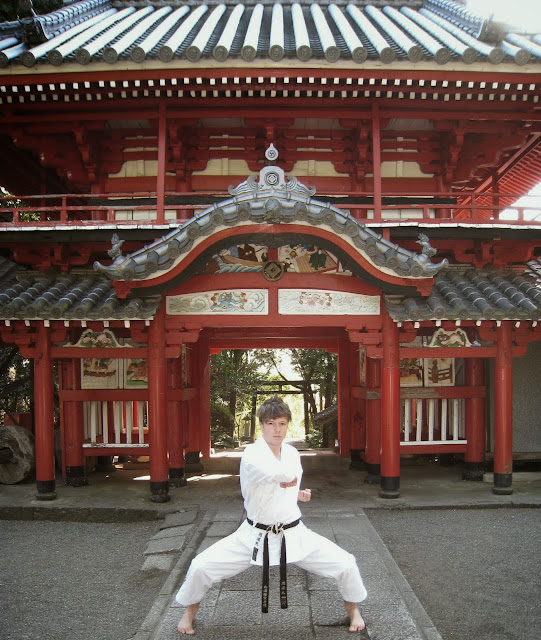