One of my personal students after learning 王冠 (Wankan) requested that I perform it slowly online. Wankan is a kata that I merely know - not one that I presently practice; therefore, I am regretful that I cannot give it the justice it deserves. Irrespective, I hope that this helps people seeking to learn Wankan correctly - in the technical sense -  as I have seen many strange versions posted online, which is, of course, very regretful. Best wishes from Japan, Andre Bertel.
SUMMARY OF WANKAN KATA 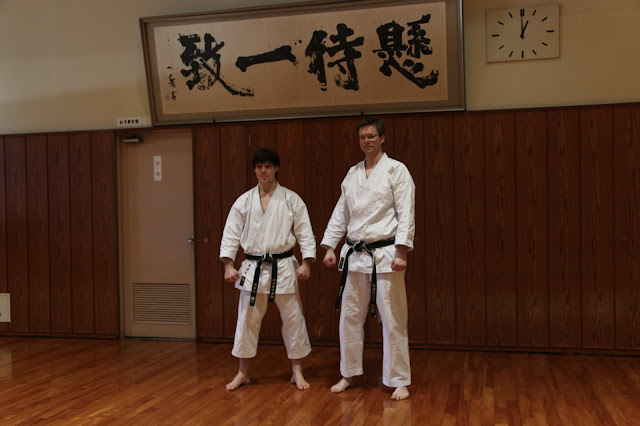 Over the weekend Oliver Schoemburg, from Ahrensburg (Northern Germany) trained at my private dojo here in Oita City. I will not detail the time outside of the dojo with him and his lovely family, but I will briefly give an overview of the training.

Kihon was a large part of the practice, however, the overarching theme was 'technical moderation' and, at the heart of this, simplification. The three core techniques of Karate-Do: jun-zuki (oi-zuki), gyaku-zuki, and chudan mae-geri keage were given the greatest attention. Furthermore, zenkutsu-dachi and its various aspects (transitions from shomen, hanmi, gyaku-hanmi and unsoku/ashi-hakobi) in sonoba-kihon, ido-kihon and kumite were thoroughly addressed.

Supporting this training was a couple of imperative points in Kihon Ippon Kumite and the base understanding of the freestyle kamae in Jiyu Kumite; also, advanced practice of kata: Heian Shodan, Tekki Shodan and Hangetsu. Another theme trained, via kata, was "...waza no kankyu to achieve kime in every technique; in particular, during the execution of renzokuwaza". Indeed, all of these aspects were combined to work towards the physical aim of Budo Karate: Ichigeki-hissatsu. 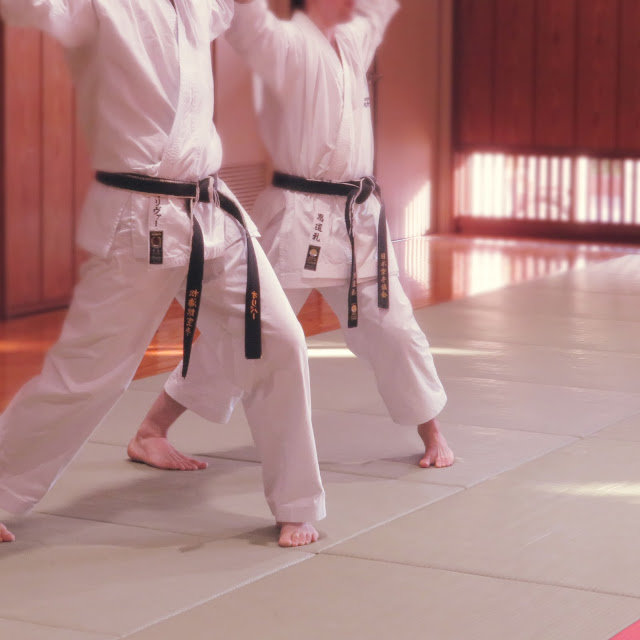 In sum, Oliver did extremely well and has plenty of homework to take back to Germany for himself (and his students). おめでとうございます, 押忍! André. 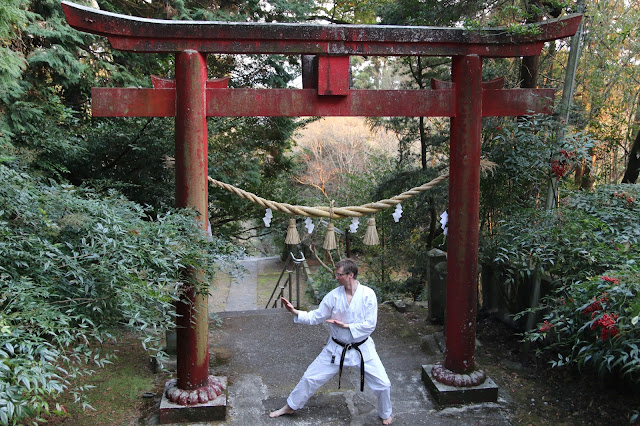 Due to an extremely busy schedule here in Japan, I will only be giving one Technical Seminar abroad in 2017. This event will be held in KREFELD, central GERMANY on October 7th and 8th.

For those wishing to ensure that they get a place on the course, you should contact the organizers—Dojo Nakayama Krefeld e.V.—by email: alex@karate-Krefeld.de. As in all of my other open seminars, I advise people to book early to avoid disappointment.
Here is a link to the homepage of the host dojo: www.karate-Krefeld.de For those who will be attending, see you in Germany. 押忍, André