Majority of the weight on rear leg, yet different

Today, just a couple of brief notes on the basic applications of Kokutsu-dachi and Neko ashi-dachi. 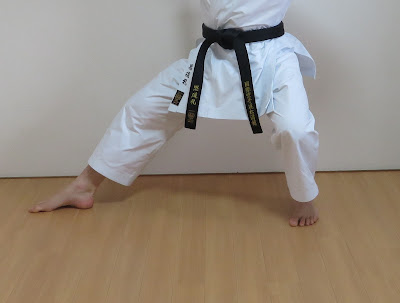 KOKUTSU-DACHI: The ‘basic application’ kokutsu dachi is for escaping by moving rearward, or on an angle; furthermore, it can be used (on the spot) to simply transfer the weight rearwards—to subtly avoid an attack—then immediately counterattack with a reverse transfer. Iida Norihiko Sensei’s mastery of this strategy immediately comes to mind.


NEKO ASHI-DACHI: Let’s compare kokutsu-dachi with the ‘basic application’ of neko ashi dachi… Likewise, neko ashi dachi is primarily an escaping stance, but it has a smaller base which is less stable—yet provides a more explosiveness and cat-like elusiveness (hence the stances name ‘cat leg’).

Of course, like all other tachikata, in freestyle practice we move through all of the stances (without stopping in the formalized set positions). 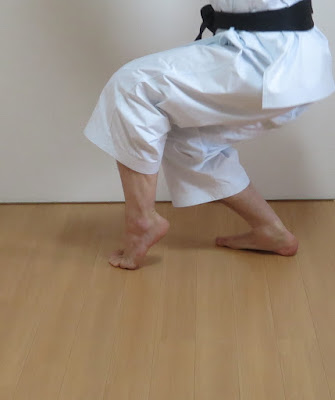 Which is better? Kokutsu dachi or Neko ashi dachi? Obviously, it depends on the situation. Both of these stances concentrate their weight on the rear leg; moreover, on lowering/sinking the weight to make their respective techniques effective. In this way, they also allow us to concentrate on using the power of the lower body and to relax the arms and shoulders. Needless to say, this is an imperative fundamental skill in Karate-Do. In sum, both of these stances, with majority of the weight on the rear leg, are absolutely essential kihon.

Well into my 40s now I stopped training hardcore when I turned 30. This was to take care of my body so I could keep going and keep improving my skill. Just before I turned 31, I started this blogsite.  I'm not claiming to be old at all, but looking after the body is essential, and makes it possible to be even better (at karate) as one ages. Nevertheless, I still engage in days of hardcore training. And, today, was one such day.


This included: (1) Oizuki; (2) Gyakuzuki; (3) Maetezuki; (4) Nukite; (5) Jodanageuke; (6) Chudansotouke; and (7) Chudanshutouke. Standard renzokuwaza were also worked on including Sanbonzuki, the aforementioned closed fist ukewaza followed by gyakuzuki, and shutouke kara nukite. Special attention was paid to transfer of weight by using the stances optimally and timing of koshi no kaiten in relation to technical delivery. Nothing flash but, of course, utterly imperative stuff. I didn't do so many reps but enough to get things right and break a good sweat.

While there was no kiba dachi work in the Kihon, much time today was spent practicing 鉄騎三段 (Tekki Sandan). This was followed by 明鏡二段 (Meikyo Nidan) and 雷光 (Raiko). My aim in today's training was to push myself to my physical limits as opposed to 'technicality'. In this way, 'technique must survive exhaustion'. While I do not make others do this when I teach, unless requested by individuals, there is a maxim here in Japanese Shotokan circles. It goes something like this in English... "The karate you do when physically broken from exhaustion is your real karate". Needless to say, this is not for everyone, and not something I believe that anyone should be pressured to do. In seminars, I never have this approach as I believe it is dangerous and unprofessional.


To conclude today’s session, I went through some basic plyometric exercises and my typical cardio, impact and strength/power training. Also a special challenge that I'm doing at the moment.

To summarize, today was really-really hard work. Like I said in the opening, not every day is like this! And if it was, I would gain a serious injury. Tomorrow will balance out this with a light training, brief 5km run to loosen up; but still, the strength work will be included.


My advice to everyone... LISTEN TO YOUR BODY!!! Please take care and use karate to increase your health, not decrease it. Only you can do that by doing things at YOUR OWN PACE. 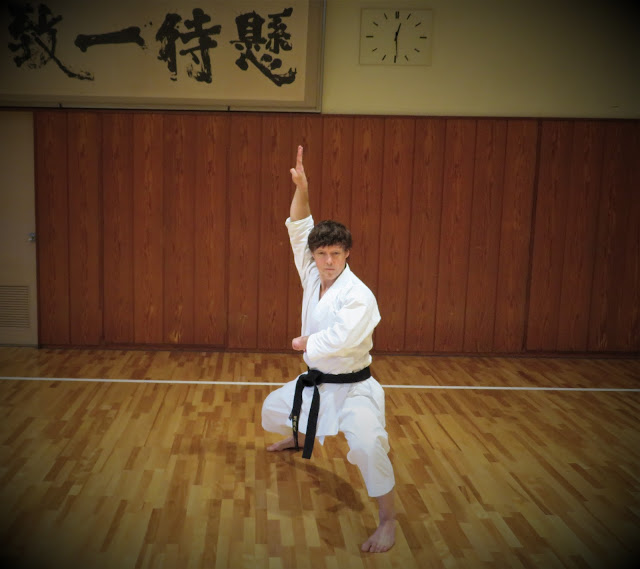 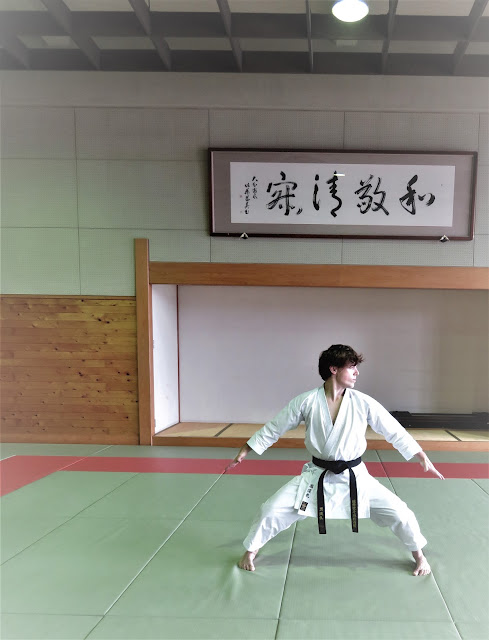 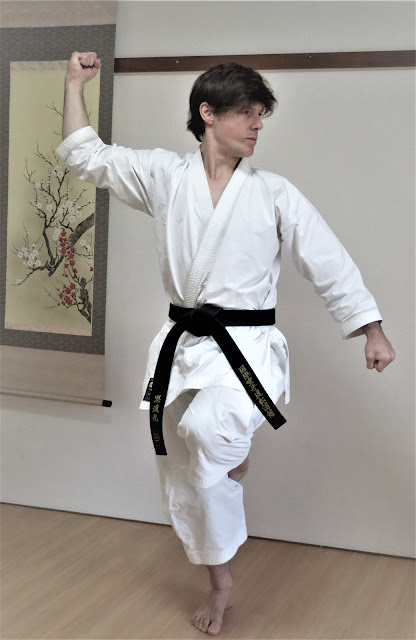 Based on numerous emails recieved I thought that today I'd post about the International Karate Shotokan (IKS) 'RENSHUSEI PROGRAM', which I conduct here in Oita City, Japan. 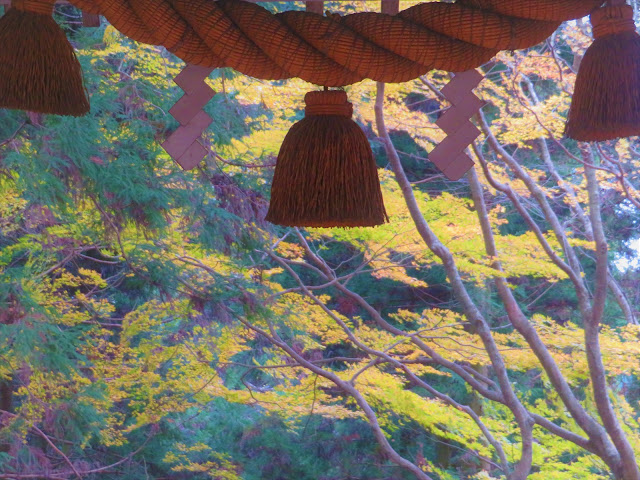 The training is not aimed to exhaust participants, as this would hinder the main point: LEARNING and SKILL/TECHNICAL DEVELOPMENT. The objective of the training is budo/bujutsu karate education, which will not only raise the skill of the karateka immediately, but in the long term. Furthermore, to transmit this knowledge to other regions of Japan and, indeed, around the world.

However, it is not physically easy either... The Renshusei program is specialized for each individual BASED ON THEIR PERSONAL GOALS (and directed by their physical condition and skill level).
For the above mentioned reasons, attending training as a Renshusei is now extremely popular; however, there is a bigger reason....RESULTS!

No one comes as a Renshusei here and leaves with minimal improvements. They greatly improve and these improvements snowball after they return home.

In all cases, to ensure a place as a Renshusei, it is highly recommended to book at least three months in advance. 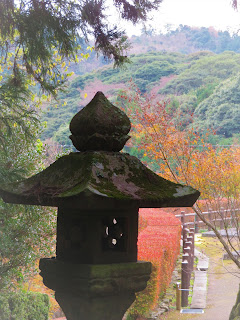 Lastly, as we cannot sponsor visa's for foreign nationals - this is the responsibility of all visitors to Japan.

To begin the new decade, as of January 1st, 2020, IKS Renshusei Diplomas can be accessed on the completion of training.

To apply to be a Renshusei you can email here:
andrebertelono@gmail.com

For those wishing to further their skills and understanding of Shotokan karate as traditional budo/bujutsu, the IKS (International Karate Shotokan) Renshusei Program here in Oita is literally second to none in Japan.


All trainees leave with heightened technical skills and understanding of true karate. This is why the course is so popular and people always keep coming back. The course is individualized for each trainees technical level, fitness, injuries/health, and each persons training objectives.

Below is a brief video of Renshusei training. Greetings from Oita City, Kyushu, Japan.
Osu, André

Please click on the following link to review the report:
https://www.kimekarate.co.za/renshusei-under-andre-bertel-sensei-7th-dan-oita-city-japan/ 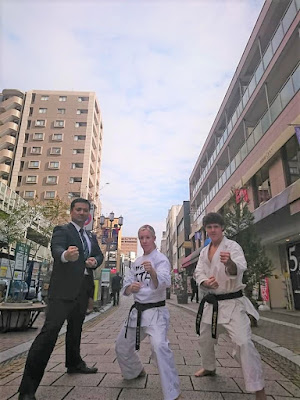 IKS now has a homepage

INTERNATIONAL KARATE SHOTOKAN now has a homepage. Of course, this is just the beginning 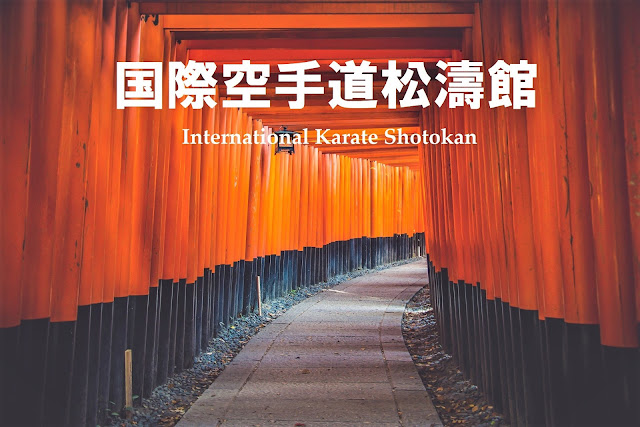