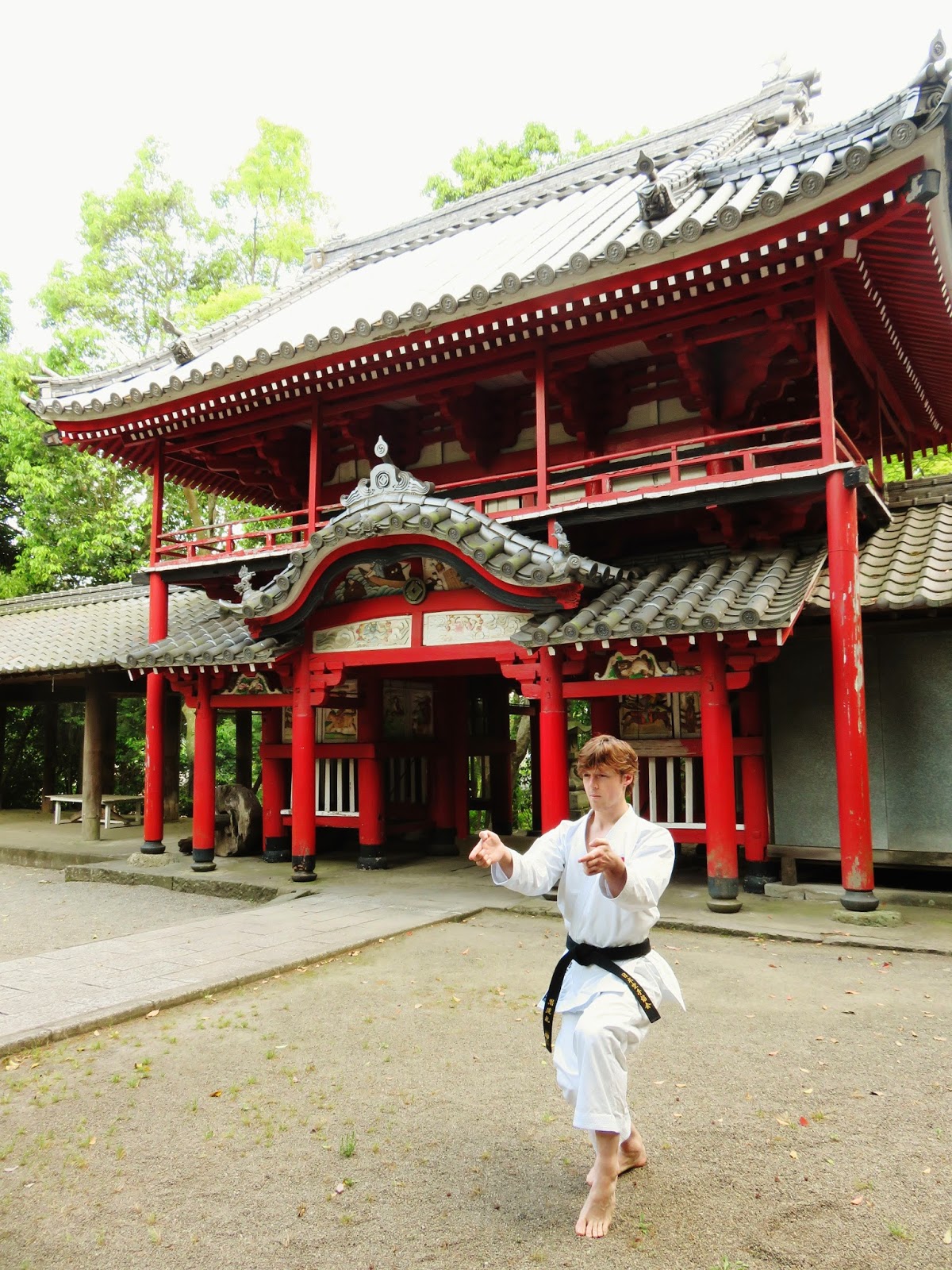 As you may well know from earlier posts, I recently switched back to Unsu (雲手) as my tokui-gata. This occurred for a variety of reasons, but the most predominant of these were: (a) advice from Nakamura Masamitsu Shihan; and (b) directly pertaining to the first point... that “…the techniques/applications of Unsu really suit my small frame: in a self-defence context”. Hence, today I thought I’d provide a broad outline of each technique in Unsu kata.


Whilst this, by no means, completely describes each of the movements featured in Unsu, it does clearly establish `what is completed in each count’ (and how each action in the kata is 'formally labelled' in Japanese, including the tachikata or stances).
All the very best from somewhere over the North Pacific, André.


A GENERIC OUTLINE OF UNSU KATA 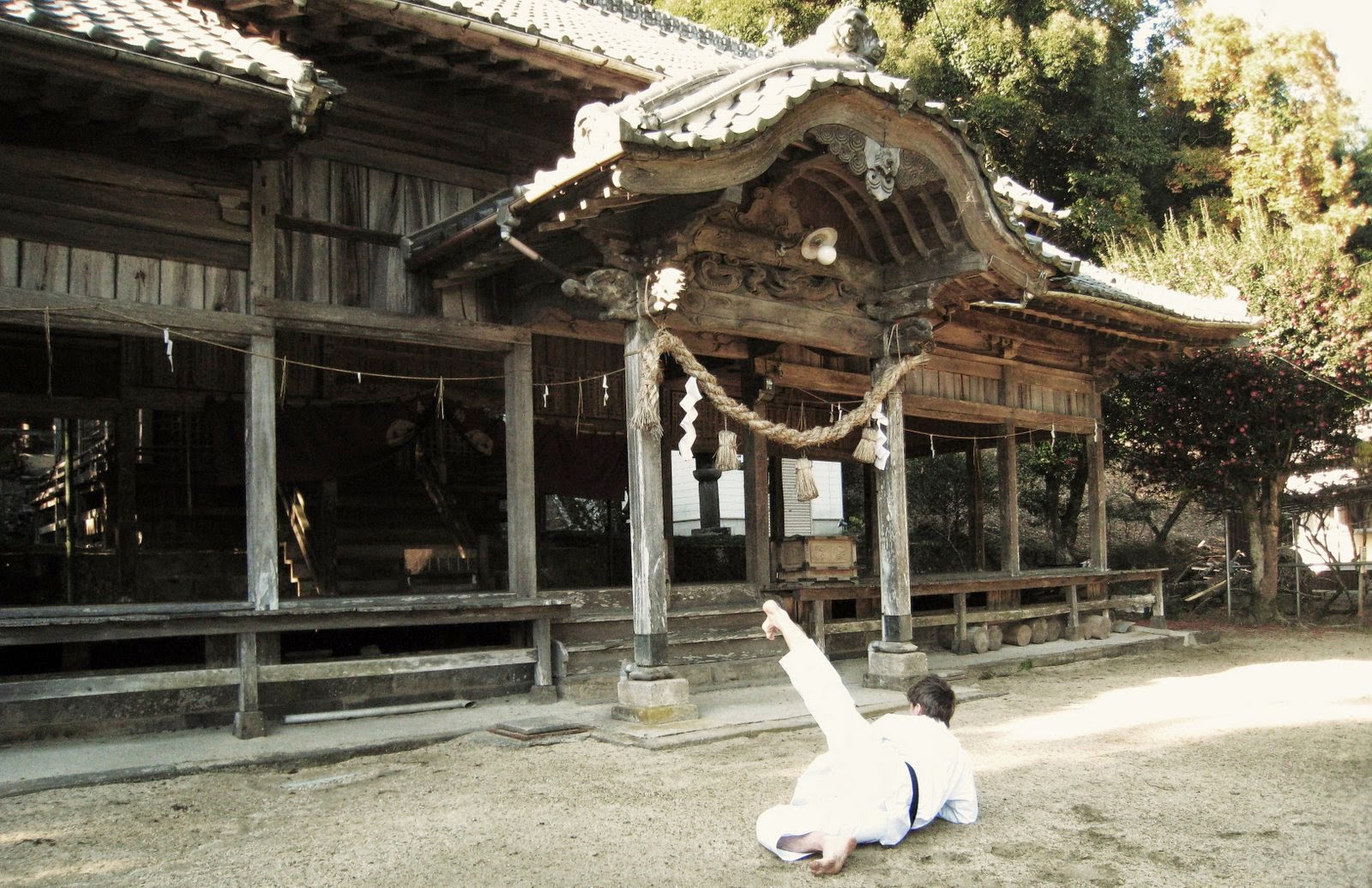 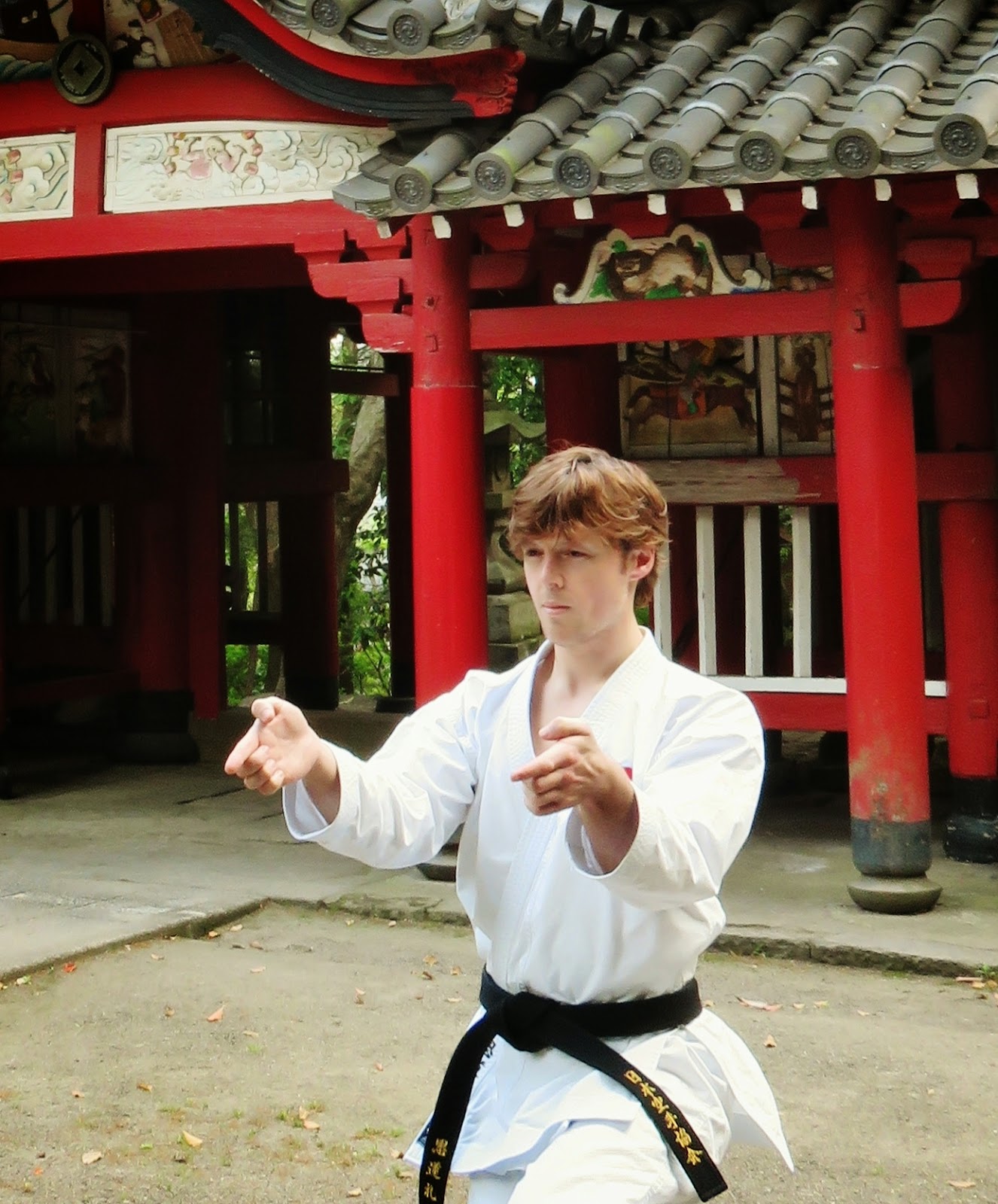 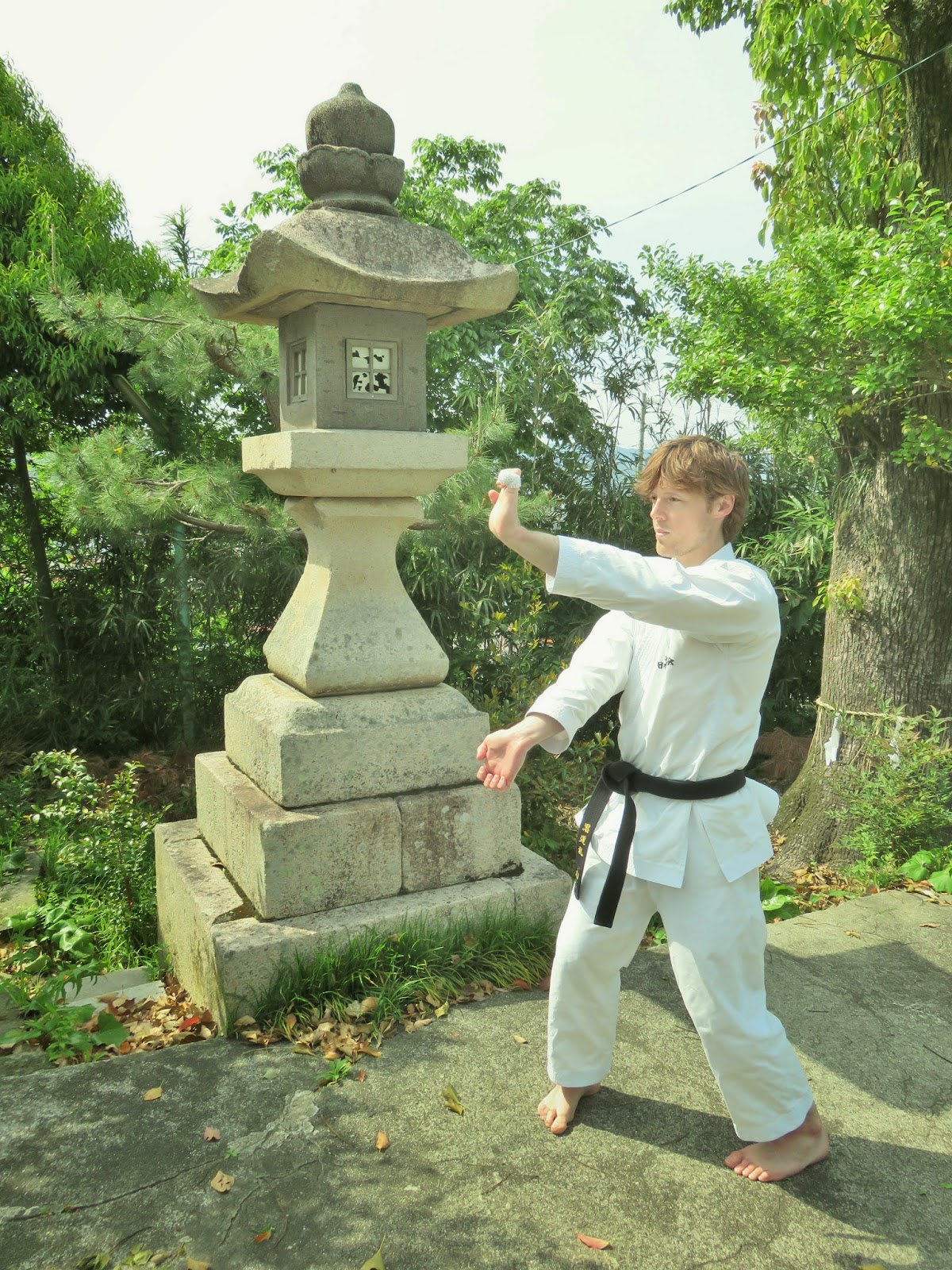 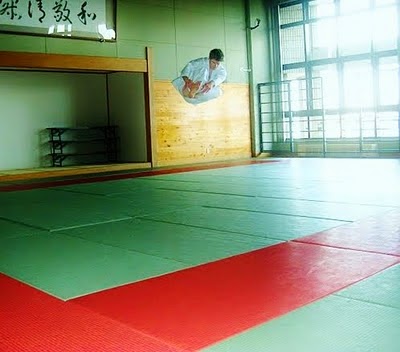 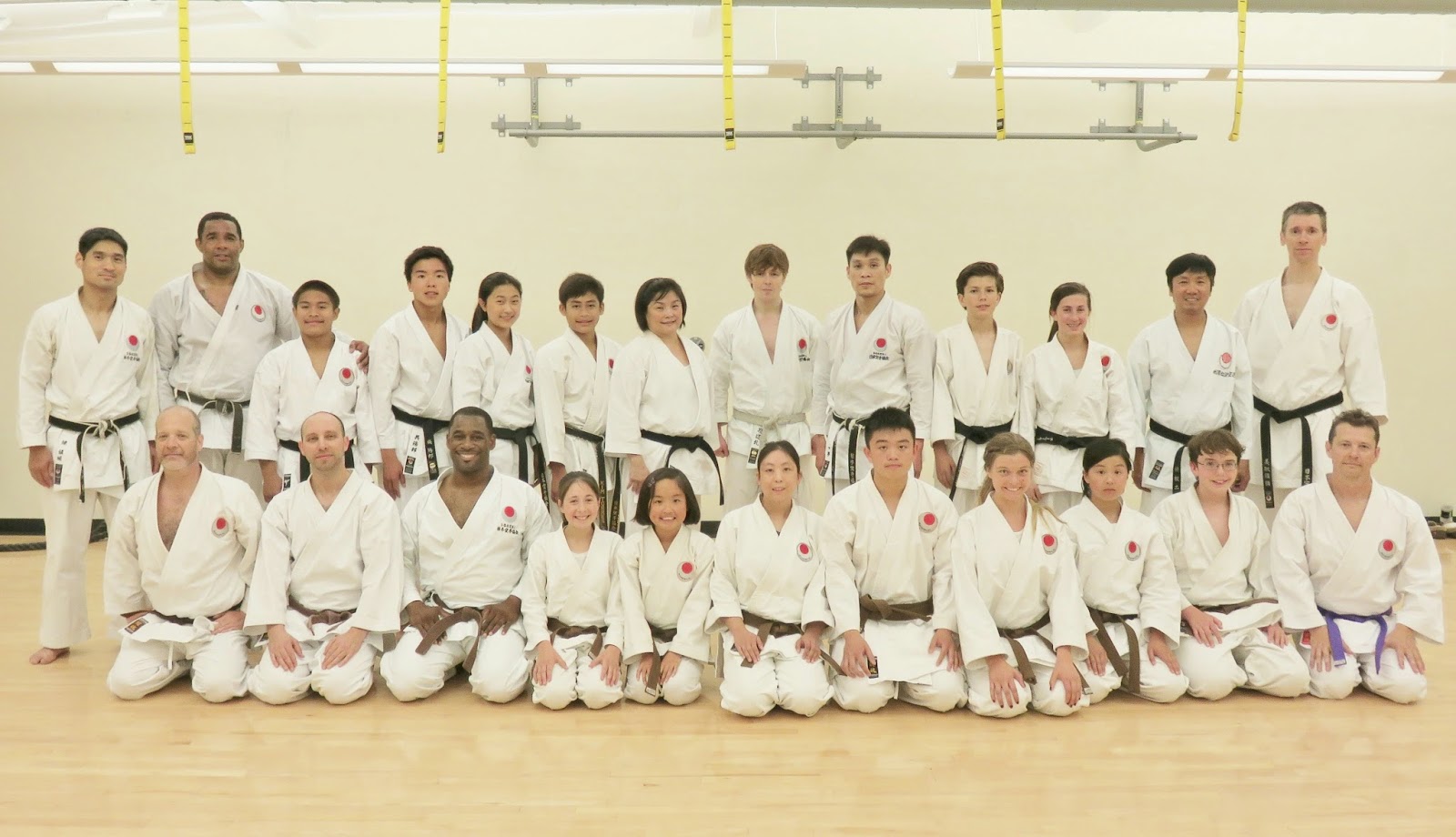 On Wednesday, May 21st, I taught a class exclusively for the members of JKA Northern California (http://www.jkanorcal.org/) in San Francisco. The class eventuated through the correspondence of Khim Torres Sensei (JKA 5th Dan), who is the current JKA-AF (Japan Karate Association American Federation/日本空手協会アメリカ連盟) silver medallist in both kata and kumite. Firstly I will begin by giving a profile of Khim Sensei; secondly, I’ll provide details about JKA Norcal for perspective members; and thirdly, outline my class, and wrap up with some conclusive remarks. Before I begin, I’d like to offer special thanks to JKA Norcal club administrator, Christina Foo Sensei (JKA 5th Dan), for her assistance.


Instructor Profile: “Khim Torres Sensei (Godan) is leading the effort to promote and inspire Shotokan karate in the San Francisco Bay Area. He is chief instructor of JKA Northern California (JKA NorCal) – a non-profit dojo, part of JKA American Federation (JKA/AF) under the guidance of Takayuki Mikami Sensei. Khim is a JKA qualified instructor (B), judge (B) and examiner (C). He comes from a 3-generation karate family – trained at the tender age of four with his father Ruperto Torres Sensei (JKA Philippines, Luzon Director) and now instructs his sons Rosh and Yuki. Khim has a degree in Psychology and worked as a Health, Music and Physical Education teacher before migrating to the US in 2002 as a full-time karate instructor. In 2009, Khim with a few fellow karate-kas started the non-profit dojo operating out of Prime Time Athletic Club in Burlingame, California. JKA NorCal began by providing instruction for the health club’s kids/beginner adult karate program. JKA NorCal augments the program with additional advanced classes that provide a curriculum to train 6 days a week for JKA members. JKA NorCal is active competing and training in local and international karate events. An accomplished and experienced competitor himself, Khim has been on the Philippines team and now is a core member of the US National team since 2006. He will be competing at the upcoming 2014 Funakoshi Gichin World Championships in Tokyo…”
My class at JKA Northern California…

While I won’t go into specific details, essentially I taught the core principles needed to maximise human power via kihon, partner drills, and exercises; in particular the four foundational `technical themes’ of budo karate: (1) chushin and shisei (the centreline and posture); (2) koshi no kaiten (the rotation of the hips—“horizontal power”); (3) tai no shinshuku (the contraction and expansion of the body—“vertical power”); (4) Junansei (softness—for “snap”); and (5) the coordination of all of these for maximum effect. While it was a session based on strengthening`the foundations of Shotokan-ryu karatedo’, I really hope that all of the attendees still gained something from it. Overall, my aim—rather than doing ‘something elaborate`—was to impart introductory points (and taiso/exercises), which result in the long-term technical development (and of course, `base strength’/`explosiveness’).

I only wish I had more time to work on some more interesting things and that I wasn’t so unwell, coughing and trying to get my breath… The inherent dangers of air travel! Nonetheless, who knows what the future holds? Whether in Japan, the United States or elsewhere, I look forward to meeting Khim Sensei, Christina Sensei and my new friends at the JKA Northern California again.

Looking for a karate club in the San Francisco Bay Area? For anyone wishing to begin or practice karate in the San Francisco Bay Area, I highly recommend that they go to JKA Northern California. Besides accessing Khim Sensei’s training, and having a great bunch of people to train with, the club is fully affiliated to the Japan Karate Association. For all contact details and information, please go to their website: http://www.jkanorcal.org/
I’d like to wrap up by reiterating that the chief instructor of JKA Northern California, Khim Torres Sensei, is not only a world class karate technician, but an excellent karate teacher, and wonderful person. On the whole, I was very happy to see that authentic traditional Japanese karate-do—through Khim Sensei’s dojo—will have a bright future in San Francisco Bay area. Osu, André.
© André Bertel. Aso-shi, Kumamoto. Japan (2014).
Posted by Andre Bertel at Saturday, May 24, 2014 No comments: 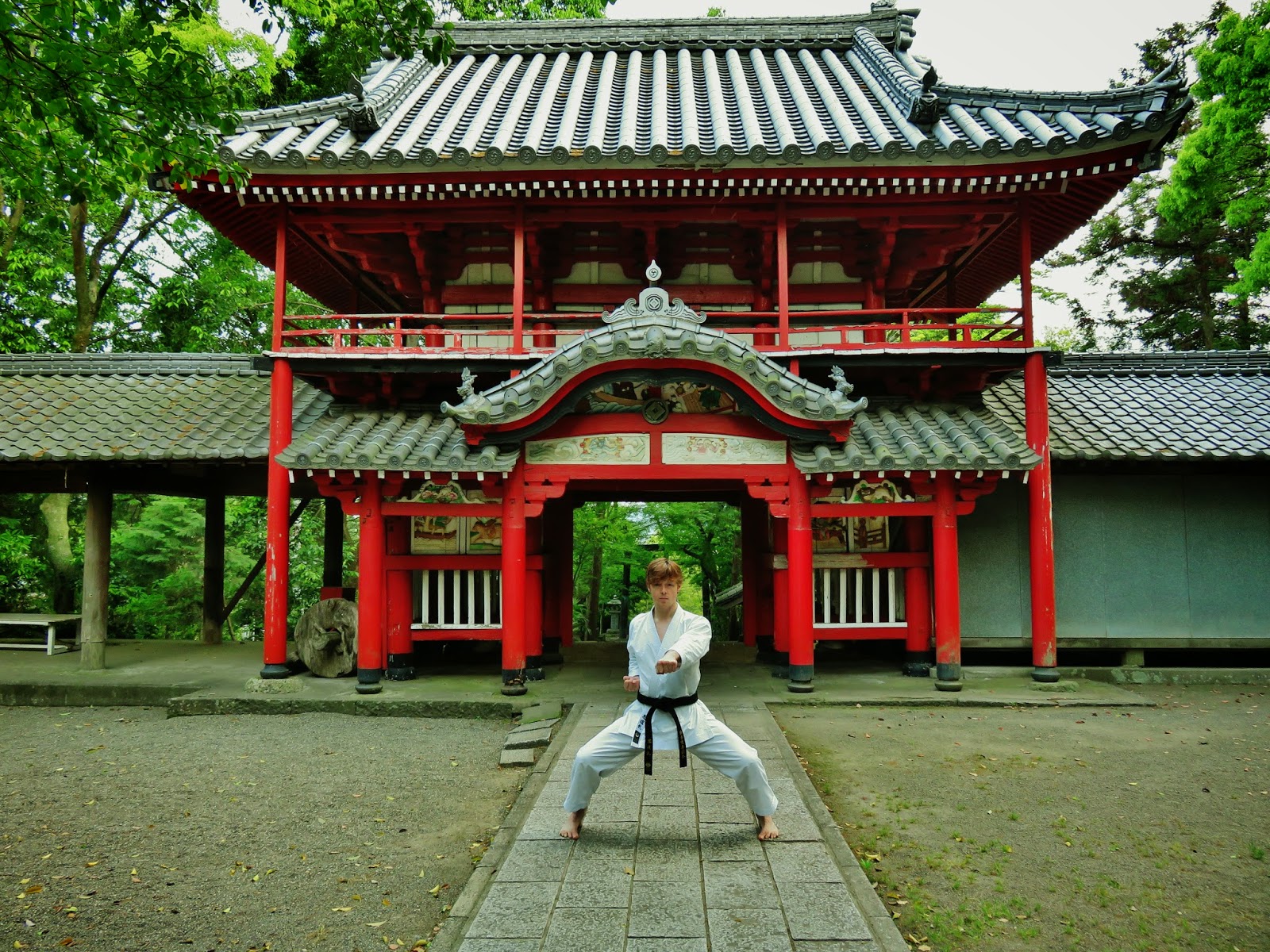 A major issue, that seems to always disturb karateka (practitioners of karate-do), is `the differences between the teachings of prominent instructors’. `Instructor A’ might say a technique “must be done this way”; yet, `Instructor B’ will emphatically claim that “Instructor A’s way is totally incorrect”. People always ask me, “What should I do when this happens?” So I thought I’d share my approach to this “problem” with you today.
My solution is very simple… Firstly, when you train in someone else’s class, or a seminar, do your techniques `their way’ during the session (this is my personal rule)… After the class, note the variations. Whether you like these variations or not, test them out (technically and in application i.e. in oyo-kumite, jiyu-kumite, on the makiwara, etcetera). Last, but not least, record them in a `training diary’ of some sort. In this way, positive or negative, you will still benefit from the experience via a different perspective/understanding.
Secondly, don’t get frustrated when `a different way of doing things confuses you’ or severely `tests your physical coordination’. Rather, embrace the challenge, and try to adapt to the variations as quickly as possible (during the class/as you learn them). Certainly, such occasions present an opportunity to test your ‘physical adaptability’ and `smarts’ in general. Despite that, I am not necessarily meaning that you `take on’ these variations…
Conclusive comments: A word of advice… Be careful what you graft into your karate-do, especially when it comes to your kihon; moreover, physically question and test everything you learn. Most of all “Learn by doing”: as opposed to thinking too much. With diligent practice of traditional Japanese Budo Karate, personal inquisition, and the right tuition, the answers will come. 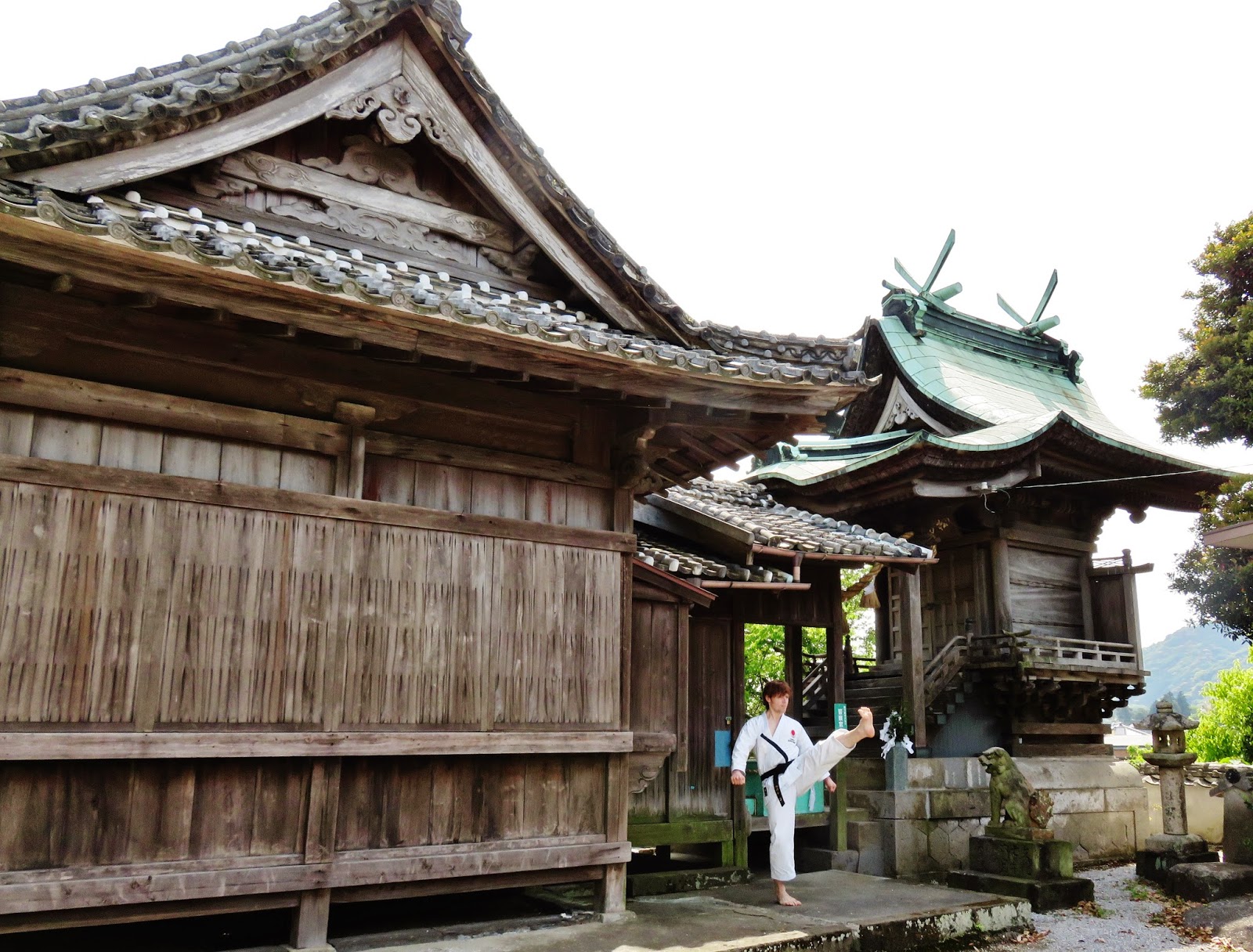 A return to Unsu Kata

I have finally decided to exchange Nijushiho kata with Unsu (雲手) in my free-kata practice. While the time concentrating on Nijushiho was certainly productive, I found that I couldn’t maximise my karate-do with it. As I’ve said, over and over again, I find Nijushiho to be an extreme challenge for my body-type, and personal attributes. Again, as stated earlier, this is why I took it on (in addition to its highly effective oyo/applications).
So why a change back to Unsu? I suddenly felt the need to `athletically push myself’ a little more. Also, an amalgamation of coaching tips from Nakamura Shihan helped me to reconsider Unsu; in particular, his points on HOKOTENKAN (changes of direction). Another motivation, like Nijushiho, are the combative applications in this kata. They really suit me well due to my small frame. I weigh a mere 73kg (160lbs) and am only 174cm tall. 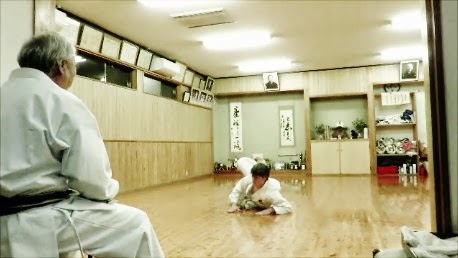 Lots of work: In a sense, returning to Unsu has put me back to square one… However, the essence of it all, as always, is kihon (the foundational techniques of karate-do).


Imbalanced focus on the jump—an introspective into `budo karate kihon’: One thing I always laugh at is how a lot of people single-mindedly focus on the jump in Unsu. Yes, it is important, but a good Unsu—like all other “well executed kata”—has excellent kihon. Give an Olympic gymnast the Unsu jump and they will have a sky high one, with perfect form, after one fleeting glance. Ironically, they won’t be able to do movement 47 and 48 (jodan age-uke kara chudan gyaku-zuki) so easily… Yes, they will need years (even though we as karateka learn these as white belts). Once again, this brings back the point the point of ‘budo verses sports’ or ‘mere aesthetics verses practical application’. Karate-do is not physically about `doing moves’, it is about being able to turn the body into an effective weapon of self-defence: this takes intensive training.
Taken as a whole, the shift back to Unsu has really refreshed my karate-do training. I look forward to testing it out, under the pressure of competition, in late May (at the JKA Kyushu Senior Championship). While that is far too soon—to get my Unsu to the level I want it to be at—it will hopefully help in this process.
© André Bertel. Aso-shi, Kumamoto, Japan (2014).
Posted by Andre Bertel at Thursday, May 01, 2014 No comments: