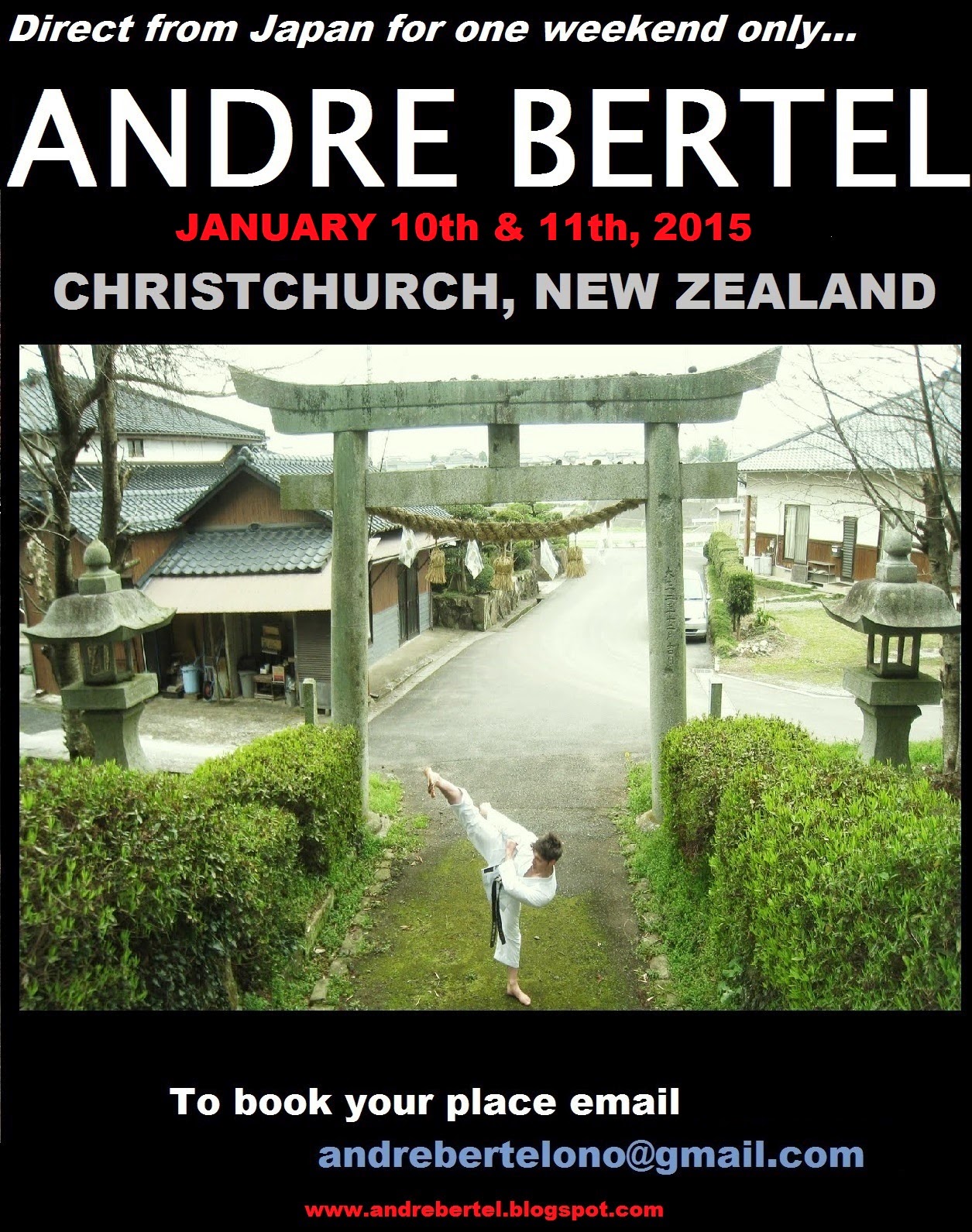 On January 10th and 11th I’ll be coaching a weekend of Karate-Do seminars in Christchurch, New Zealand. This will be a one off event before I return to Japan. As most people are away (on holiday) at this time, and the sudden notification, it is expected that not so many karateka will attend; nevertheless, this will result in the attendees getting much more personal tuition than usual.


The venue has yet to be decided; however, the schedule will be as follows:


If you wish reserve a place, please email me directly at: andrebertelono@gmail.com. Already karateka from around New Zealand, and from Australia, have confirmed their attendance. For those attending, see you in New Zealand. Osu, André.

Leo Pintos, from Sydney Australia, came to Japan to train at my private dojo last week. Leo has attended several of my karate-do seminars (in New Zealand and Australia) so it was great to see him here in Kumamoto Prefecture. I will not specifically detail the training he received—as that is for him—and for whom he chooses to share this knowledge with; however, I will provide a brief outline, and a few photographs, from his training with me here in Japan. 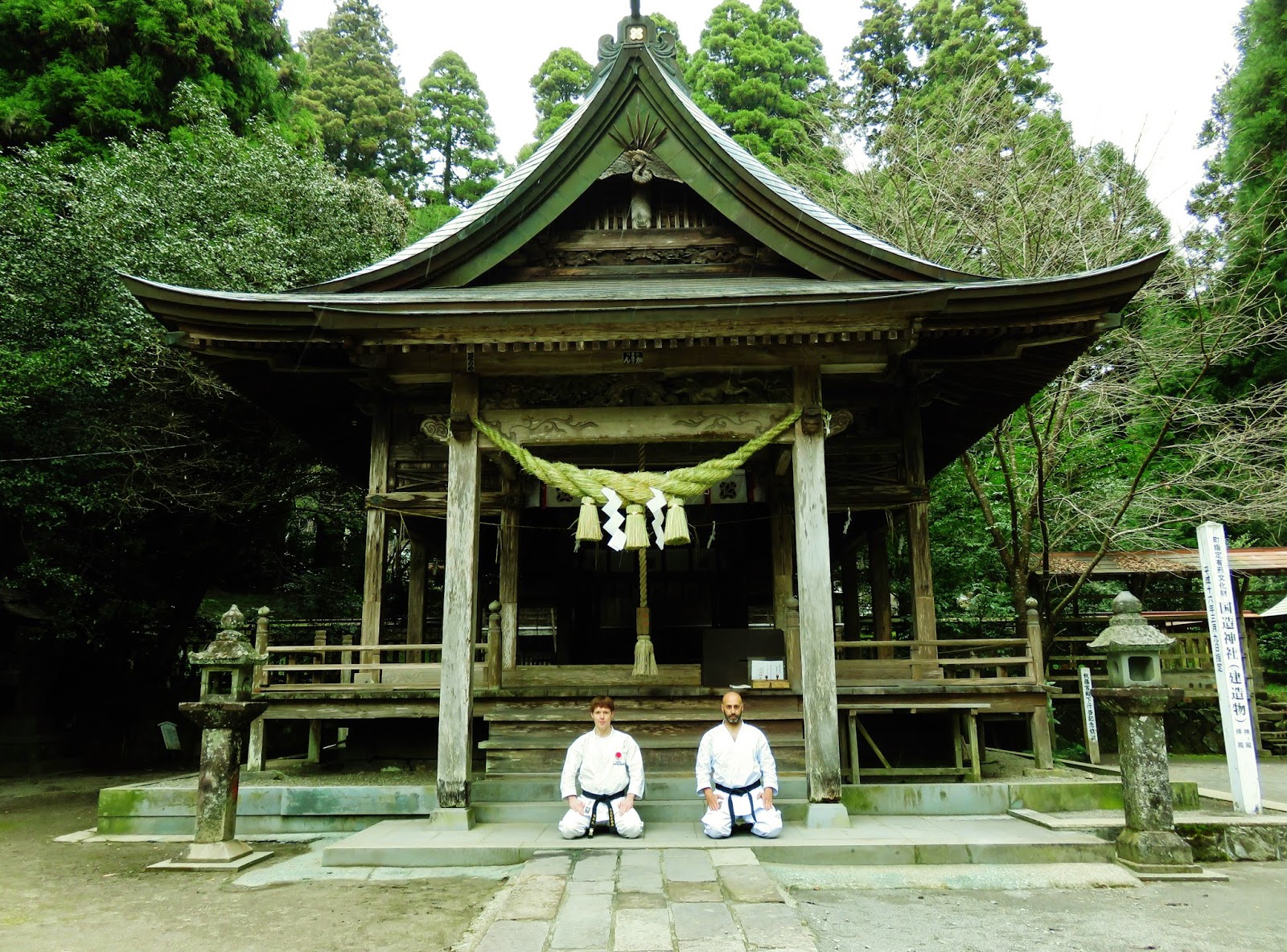 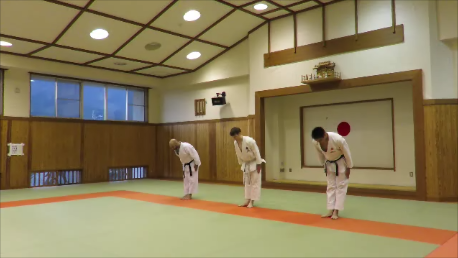 ﻿
Day one: After some sightseeing at Aso Jinja (Shrine) the first two hour session began. This covered the subtle points of traditional Japanese kihon that are most commonly misunderstood; in particular, "...the aspects that are essential for budo karate, which essentially work towards the objective of ichigeki-hissatsu (the ability to down an adversary with a single blow)". Again, without going into detail, this primarily focused on foot positioning, use of the legs and hips: essentially, the kahanshin. This training was then seamlessly applied to Enpi kata, Gohon kumite and Kihon ippon kumite. Overall, the proper connection of the '3 K's', which leads to karate being highly effective (for self-defence in the real world), was decisively practiced. 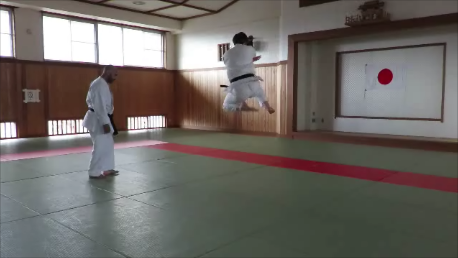 Day two: I took Leo for sightseeing at Kumamoto-Jo (Kumamoto Castle) and Musashi Koen (the park that hosts the grave of Japan's legendary swordsman, Musashi Miyamoto). I have to say that I had a great time hanging out with Leo… Super bloke! Following this, we went for a few hours of training at the JKA (Japan Karate Association) Kumamoto Chuo Shibu under Nakamura Shihan and Akiyoshi Sensei. This session really reinforced the previous day's training as it covered Jiyu Kumite Kihon; Gohon Kumite, Jiyu Ippon Kumite, and several rounds of Jiyu Kumite; and Kata (free-choice). Leo and I performed Enpi based on the previous days practice. Unambiguously, he did really well and everyone at the dojo took a shine to him immediately.


Day three: On day three the real meanings, and foci, of Gohon Kumite, Kihon Ippon, Jiyu Ippon Kumite were stressed. The session ended with a controlled Budo Jiyu Kumite drill (which must not be `sparring’ but, rather, “reinforce full commitment of the body every time one attacks”). After this training, which I should say was at the new Aso-Budojo (i.e. - not my `refrigerated dojo), a nomikai (drinking party) was well deserved!


Day four: Leo’s final day of training recapitulated everything on a deeper level. We also covered the oyo (applications) of Enpi, which come from the origins of Wanshu in Okinawa. This was done
via the first level of Oyo Kumite. Again, this is for  Leo, as he took the plunge and came to Japan with Budo Spirit; that is, he talked with his karate and put himself on the line.
To conclude, I really respect Leo as a karateka and also as a person. Mizuho and I are honoured to know him. Domo arigato gozaimashita Leo San, you are always welcome at my dojo here in Japan. Furthermore,  Nakamura Shihan, Akiyoshi Sensei, and all the members of JKA Kumamoto Chuo hope to see you again! You have made many friends in Japan. Osu, André.

Posted by Andre Bertel at Thursday, December 18, 2014 No comments: