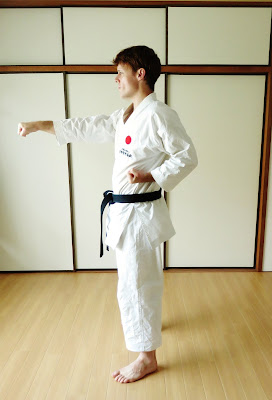 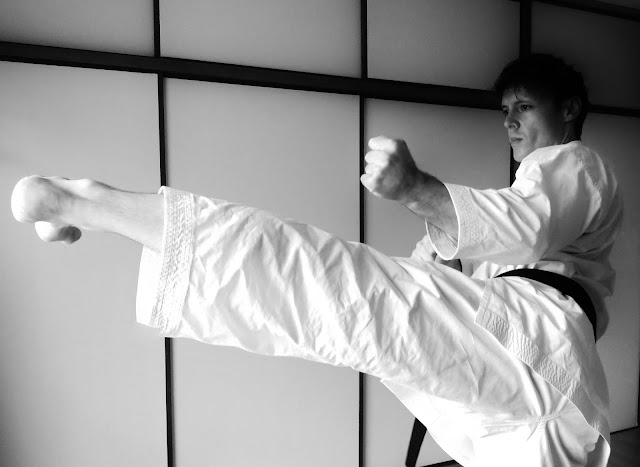 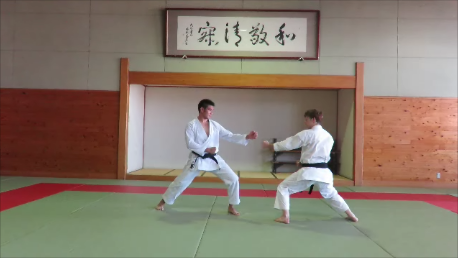 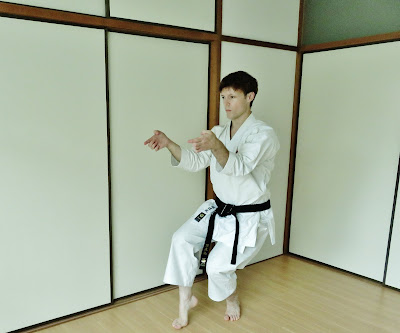 On the whole, irrespective of how one labels it, 'power flow' is the most important aspect of using natural energy in Karate-Do. It allows the full expression of the joints/intersections of the human body via junansei (softness) and, just as importantly-if not more, it permits the muscles to work in an optimal manner to achieve this objective.
© André Bertel. Oita, Japan (2015).
Posted by Andre Bertel at Friday, September 25, 2015 No comments:

Back to the fundamentals: A restart with a relocation 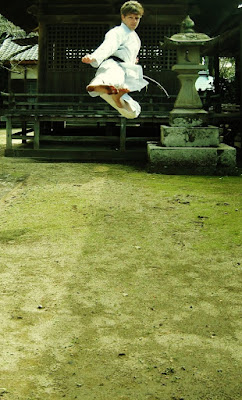 In the recent weeks we've been settling back into Oita. Since moving I decided to go back to the core kihon of karate-do and kihon-kumite; in particular, gohon-kumite (five-step sparring) and kihon ippon-kumite (fundamental one-step sparring). Perhaps paradoxical to those reading this, my kata training has been extremely broad. The reason underpinning this is that I’m currently renewing my tokui-gata. To provide a concrete example of this broadness, yesterdays training concluded with Sochin, Gojushiho Sho, Hangetsu, Nijushiho, Tekki Nidan, Tekki Sandan and Jitte. That being said, and probably needless to say, my focus in kata practice is still ‘kihon-centric’; namely, addressing efficiency and effectiveness of the most fundamental movements.’

Due to the mix/inconsistency of kata I am currently doing, I won’t mention this part of my current training regime today. Likewise, I wont go into my kumite practice (as it has already been outlined above) except to say that jiyu-ippon, uchikomi and jiyu-kumite appear intermittently. However, I will outline the “set kihon” in my routine. Lastly, for those wanting to know my reps, at present I have no set number; instead, I stop when I’ve done enough based on my execution and the daily condition of my body. All the best from sweltering Nippon, “Osu!” - André 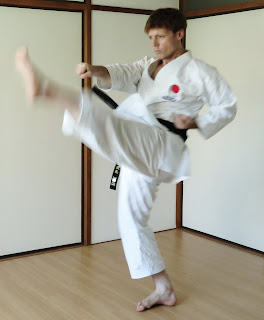 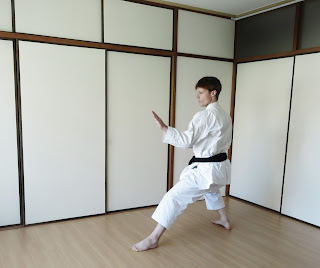