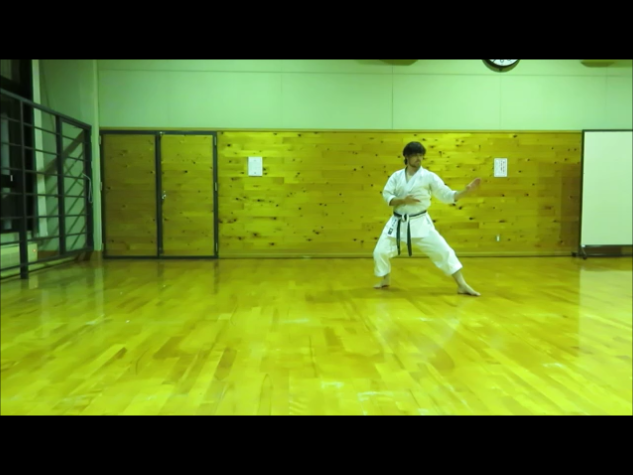 In sum, working on the different core techniques—in isolation and in combination with other techniques—helps me to gain a renewed perspective of the Shotokan kihon. Accordingly, I recommend others periodically do this. I would to like to wrap up by saying `Whilst this idea is by no means a ground breaking training methodology, it has great value when sweating it out on the floor`. Give it a try sometime!! 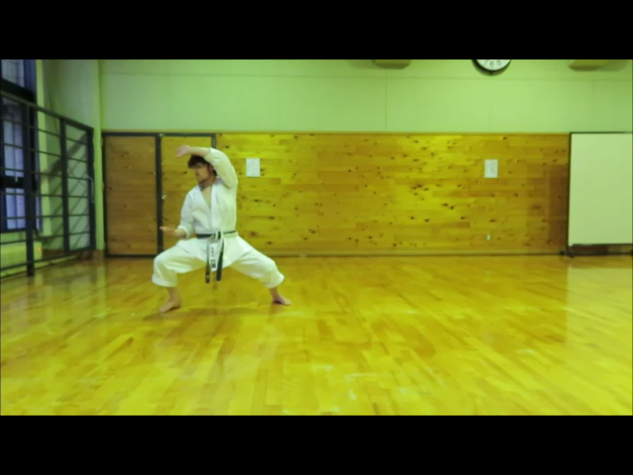 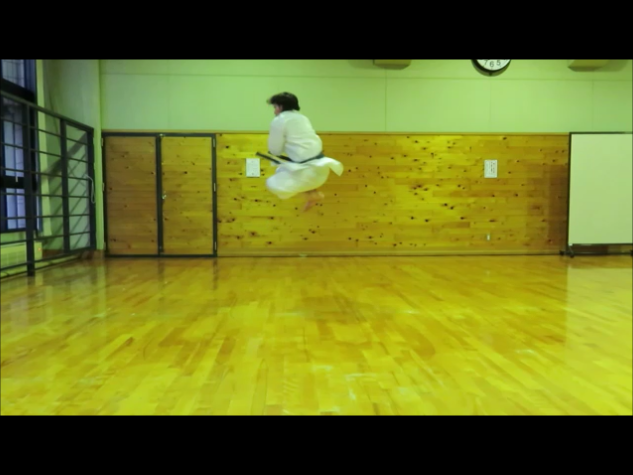 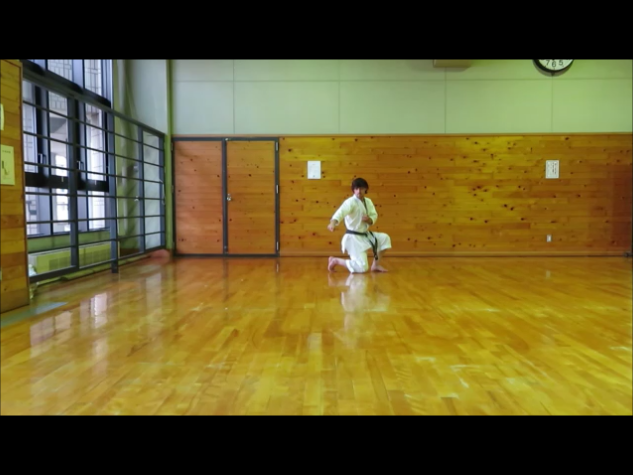 I am utilizing Jion for my base `Shoto` training; Enpi for continuity and tai no shinshuku; Nijushiho for fluidity and junansei; and a koten-gata—selected `based on my daily condition and findings within each individual training session`.

Overall, my present kata is more complex than usual, which in my view is not the best way—simple is best—however, this `broader than usual approach` is optimal at this time. 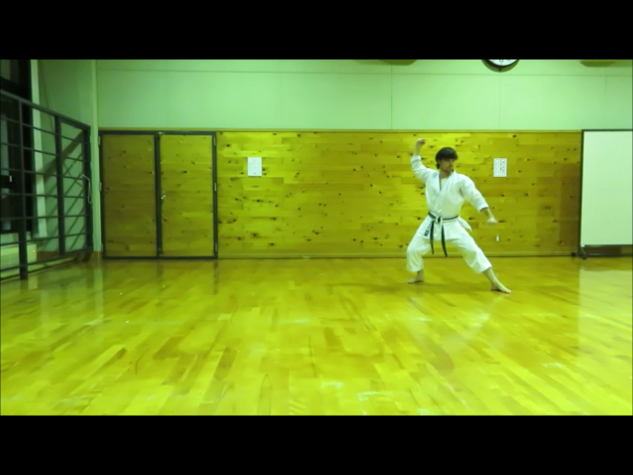 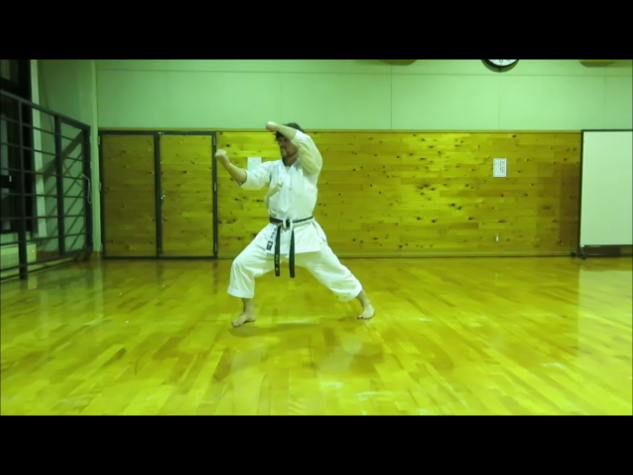 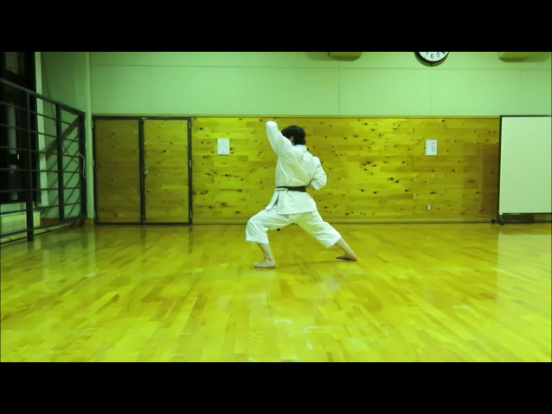 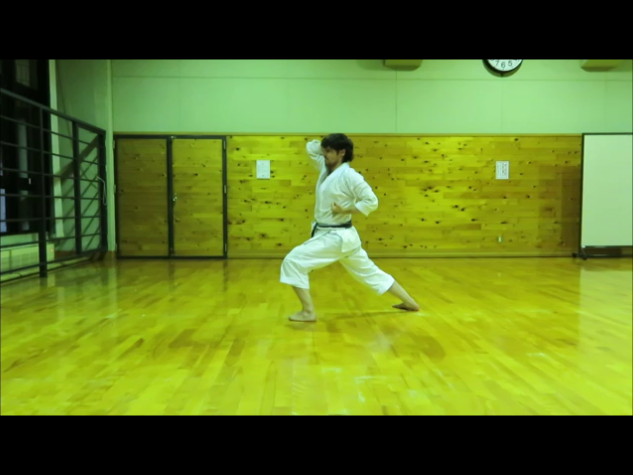 My kumite training is presently focused on two aspects: Firstly, continuous tsuki attacks. As I always teach, the combination of hand speed via relaxion and transfer of weight via upper and lower body timing. Secondly, I`m working on open hand strikes to weak points. I will leave it there for today. Greetings from Oita City, Japan. – André

New videos from the Halle Seminar (2018)


Here is a couple of new videos from my recent karate seminars in Halle, Germany. These videos were crerated by Dirk Zeuge from Baden-Baden. Thank you Dirk!!

All the very best from Oita City, Kyushu, Japan. Osu!!

Start with Jion, end with Jion

I recently returned to Jion to rebalance my karate—personal advice from Osaka Yoshiharu Sensei—a couple of years ago. `Start with Jion, end with Jion`. However, until now, I have needed to address other points. 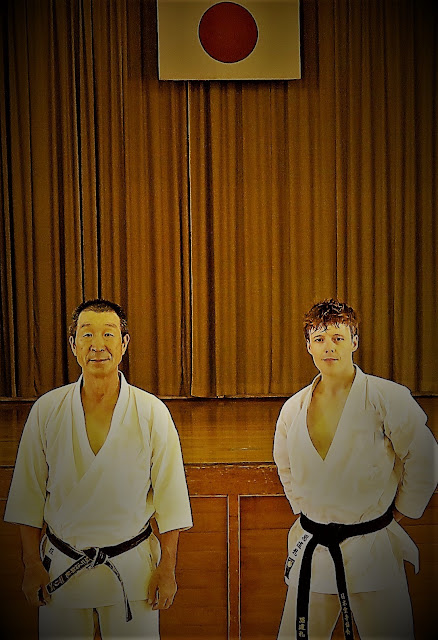 Perhaps surprising to some, Jion is Osaka Sensei`s tokui-gata… He said Jion is his favourite, but shiai--of course--Sochin. Needless to say, just as Asai Sensei is NIJUSHIHO and Yahara Sensei is UNSU, Osaka Sensei is SOCHIN.


These masters karate make the current generation red faced. No one can move at their level. This is the source of so much politics... Jealousy.

No one wants to stand alongside Osaka Sensei in kata practice, as we all look stupid. In my case, I want to look stupid, and hopefully get just a little closer to near perfection.


Osaka Sensei, amongst my other seniors, whom I deeply respect here in Japan, want to preserve the BEST KARATE of Nakayama Masatoshi Sensei. This is a mission I have been pulled into, and are deeply honoured to be pulled into it by such greats.

Today marks the 12th Anniversary of Asai Tetsuhiko Sensei's passing. My thoughts are with the Asai family today.

Posted by Andre Bertel at Wednesday, August 15, 2018 No comments:

On March 16th and 17th of 2019 I will be in Dresden, Germany, to conduct Technical Seminars. 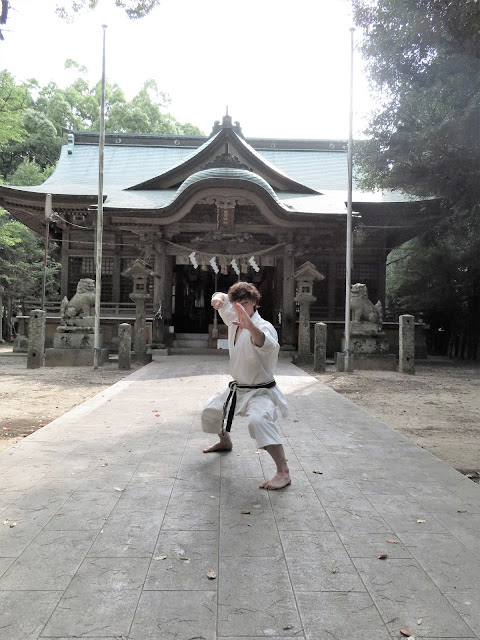 For all information please click on the following link：http://www.shotokan-freital.de/skv-freital/Seminar/Andre%20Bertel%202019.php

Alternatively, you can visit the corresponding Facebook event page:
https://www.facebook.com/events/1758078550966932/ 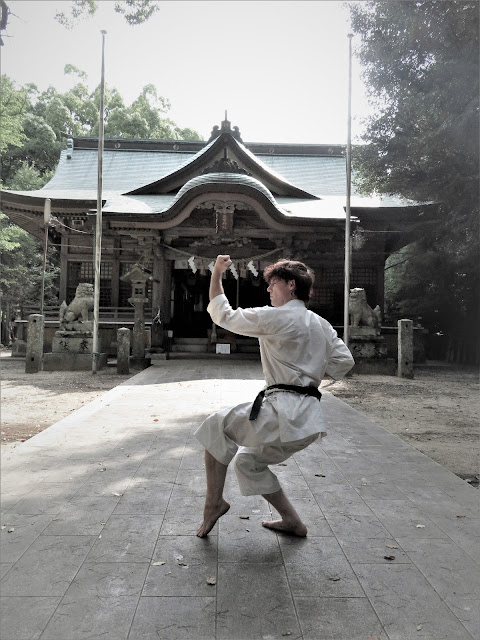 Yesterday I had the pleasure of visiting the Kita-Kyushu dojo of my friend, and karate senior, Konishi Yasuko Sensei.

Konishi Sensei is a world-class karate technician, furthermore, a really wonderful person—whom I like and respect very much. 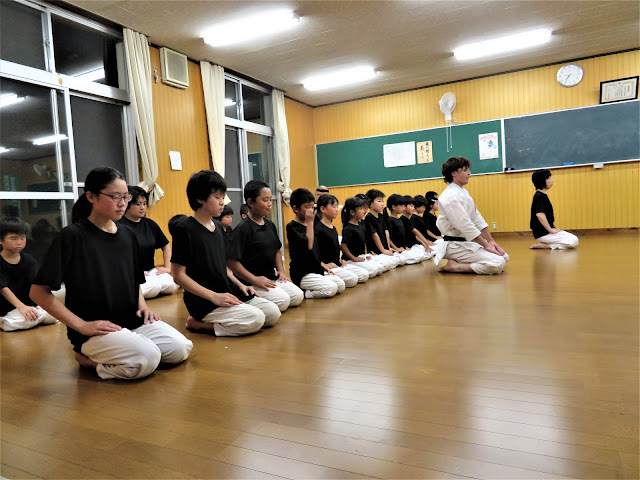 For the children’s training she kindly allowed me to teach whatever I wanted. So, I focused on shisei (posture) using tai no shinshuku (compression and expansion) and tenshin (rotation).

For the adults training she asked me to teach Jiyu-Kumite. I primarily focused on 'oi-komi gyaku-zuki'. In particular, we covered maai (meeting distance) and 'the mix of body power and snap'. We also briefly touched on ashi-barai as a follow-up from ren-zuki.

Overall, I would like to thank Konishi Sensei and her students for their very kind hospitality. It was a great honor and a lot of fun times. Until next time!!! ありがとうございました先生!! 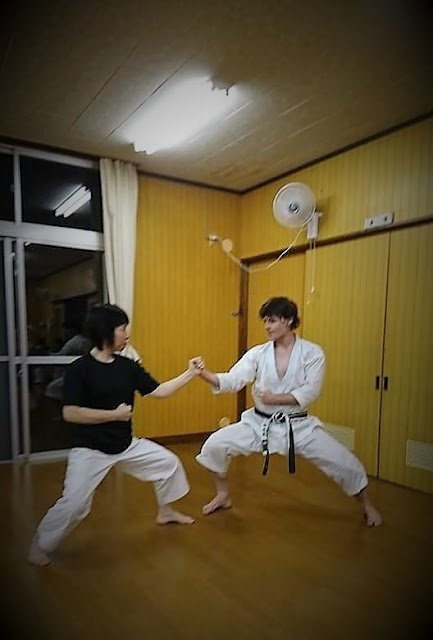 
https://www.facebook.com/karatedoujyou.hisyokan/. Needless to say, I highly recommend her Karate-Do.