You can click on the following images from KARATE AKTUELL. The publication features an advertisement for my upcoming seminars in Halle, Germany (on June 30th/July 1st, 2018).

Apparently there are only a few places left, so if you have not registered yet, and intend to go, good luck!! 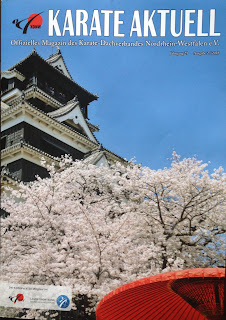 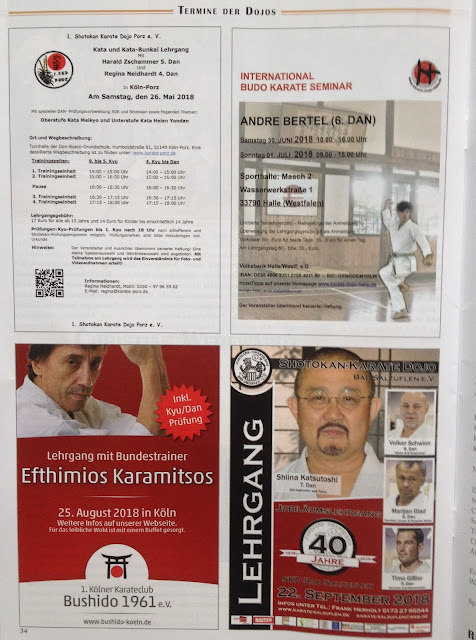 This weekend course is Part Two of my seminars last year, which was held in Krefeld, Germany. Actually, I am very excited to present the content of this years seminar, as it will unveil previously untaught aspects.

For those attending, do not forget your notebooks!!! Unlike most seminars, it is going to be a weekend of karate that will immediately, and in the long-term, revolutionize your technical skill and application: if Shotokan as 'pure budo/martial arts' is your aim.

For a taste of this way of Karate, here is a link to my official YouTube Channel: https://www.youtube.com/user/andrebertel/videos

Andrea and Torsten Return to Oita 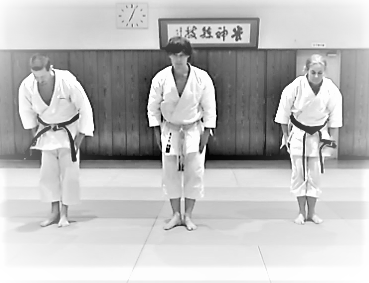 I just had the pleasure to once again have Andrea Haesusler Sensei and Torsten Uhlemann Sensei (from Munster, Germany) here in Oita. They came for three evenings of high-level training with me. I`ll provide a brief rundown of some of the key points covered during their time here. However, I will not list everything nor give so much detail, as this belongs to them: for putting themselves on the line at my dojo. 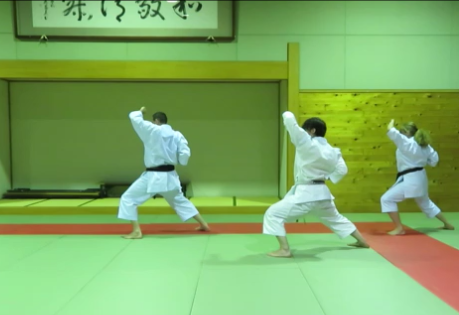 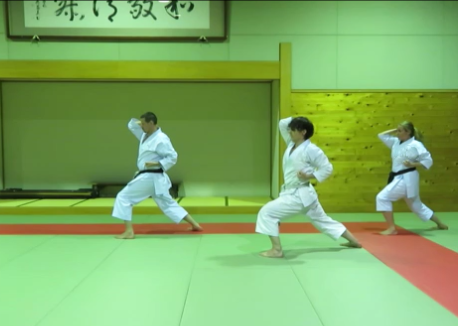 
v Kihon—focus, how to achieve maximum speed and, simultaneously, max transfer of weight.


-         Timing of chudan shuto-uke and kokutsu-dachi (also movement one of Heian Nidan, with the same concept).


-         Case study: Timing of the hands and feet. Selected movements from (a) Heian Yondan; (b) Kanku-Dai; (c) Sochin; (d) Unsu. Proof of these points in practical application.


-         By request from Torsten: Unsu Kata. In brief, (1) `Setting keito`; (2) The fixing of the head and rear foot—avoiding `floating` with the four tate-shuto/gyaku-zuki; (3) Correction and optimal application of fuse mawashi-geri and coming up from the ground; (4) Haito-uchi kara mae-geri, jodan soto-uke soshite gyaku-zuki—head setting, haito trajectory and corrected use of ashi-kubi in prerfect harmony with koshi no kaiten (case study: Kanku Dai and, later in the lesson, Heian Yondan); (5) Gedan-zuki and gedan uke-zuki clarification; (6) Jodan haito-uke and gyaku-zuki—use of hiki-te and the trajectory of gyaku-zuki in kiba-dachi; and (7) the moderation of fudo-dachi when transitioning to zenkutsu-dachi: with jodan age-uke kara chudan gyaku-zuki (movements 47 and 48—also related back to the four same stance transitions earlier in Unsu. 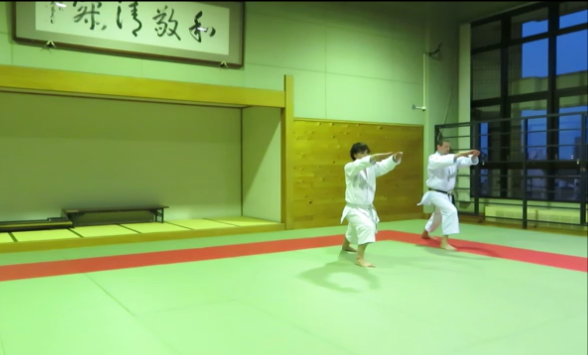 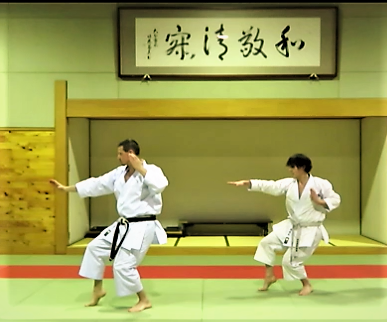 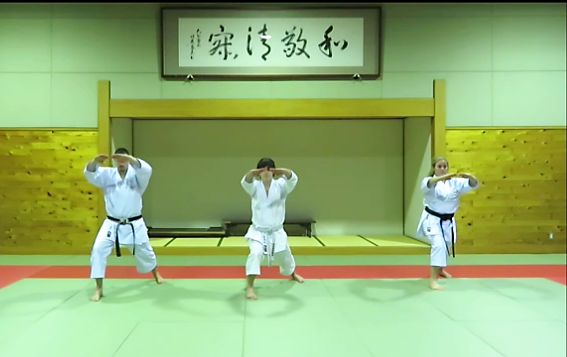 -         Key point of Enpi Kata fundaments for effective renzokuwaza. In particular `extension—pull through`, ground power and use of juryoku (gravity). Using this example for other karate applications. Special analysis of age-zuki.


-         By request from Andreas: Nijushiho Kata. Special focus on correct yori-ashi in combination with technique to maximize impact. The timing of tsukami uke and correct executing of haito sotomawshi uchi were also taught in detail. This was concluded with key oyo (applications) corresponding with the fundamental corrections taught in detail.


-         Kihon Ippon Kumite: slow motion with concentration on perfect kihon. Whilst Gohon is to drop and step back, Kihon Ippon is to drop to a place where ones maai is perfect for a hangekiwaza (counterattack).


-         Jiyu Kumite: Only two focus points—only attack with the correct maai and only attack with full large scale techniques. `Lose magnificently`. Only oi-komi gyaku was covered


-         Check of Jiyu Ippon Kumite: my only focus was to recapitulate the maai of the attacker as covered in Jiyu Kumite. In Budo Karate/Bujutsu Karate, maai must not be to score but, rather, to make maximum impact.


-         By request from Torsten: Unsu Kata no tobi-kaiten. Basically, the main point covered was tai no shinshuku and correct and specifically focused use of ground power.


-         To conclude some key fundamental points of tachikata and unsoku were covered. Also, the `from behind` mae-geri and ushiro-geri of Asai Sensei. 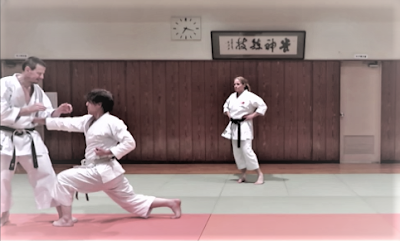 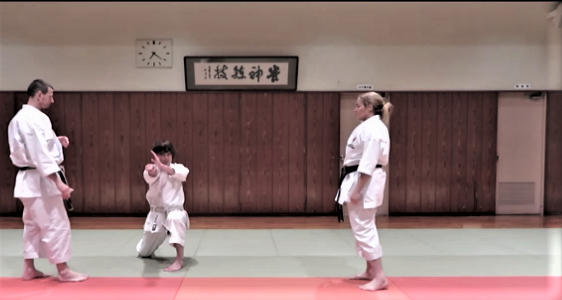 
v Kihon—key points based on my evaluation during Sessions One and Two. 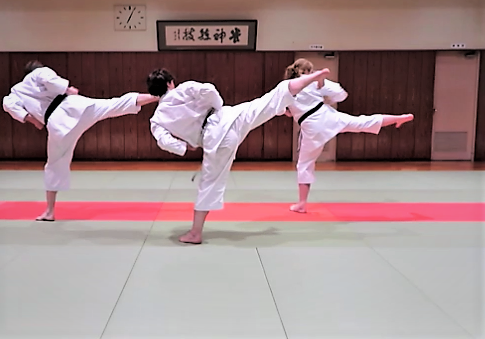 -         Conclusion: review and clarification of key points from all three sessions.

To sum up, Andrea and Torsten are really lovely people; furthermore, they are serious about their developing their own karate-skill levels and openly sharing their knowledge with their students. This statement is proven by them regularly coming here to Japan to train and study authentic Budo (Martial Arts) Karate. Based on this, I believe that those who learn from them at them--at their dojo, in Germany, 'Karateschule Fuji San Munster'--are very fortunate. 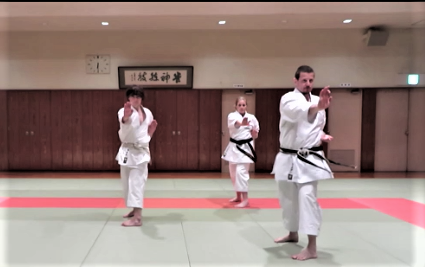 Andrea and Torsten, my family and I wish you a wonderful time for your remaining days here in Japan!
Osu, André Bertel 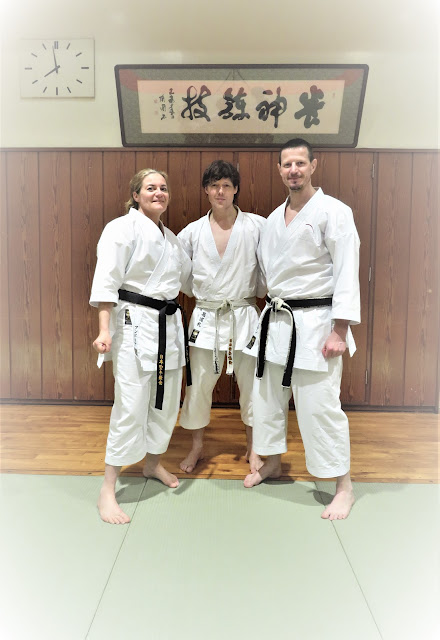 Sakura in full bloom: The first training of April 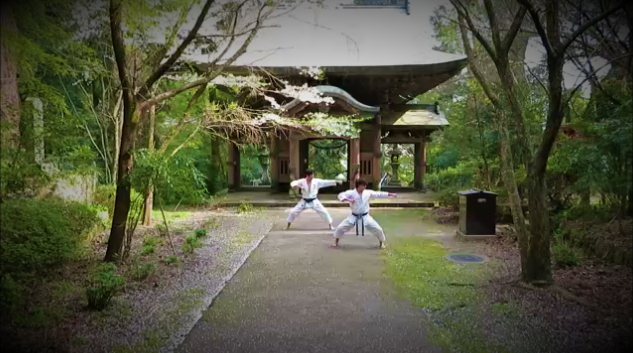 Here are some images from training today.

Kata training included the four SENTEI-GATA (Bassai-Dai, Kanku-Dai, Enpi and Jion), which I am now revising based on older versions here in Japan (to improve effectiveness in self-defence). Also, Sochin, Seiryu and the opening of Unsu, which I will not detail here.

The beauty of today was the presence of sakura in full bloom. 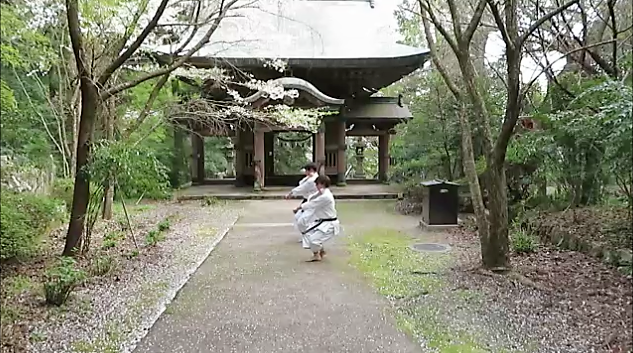 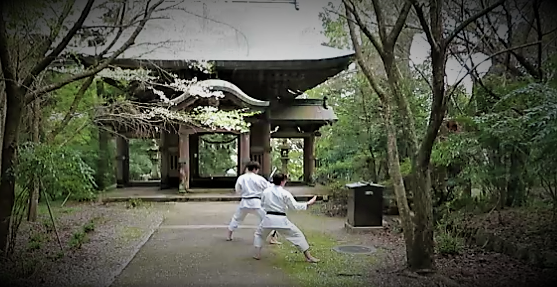 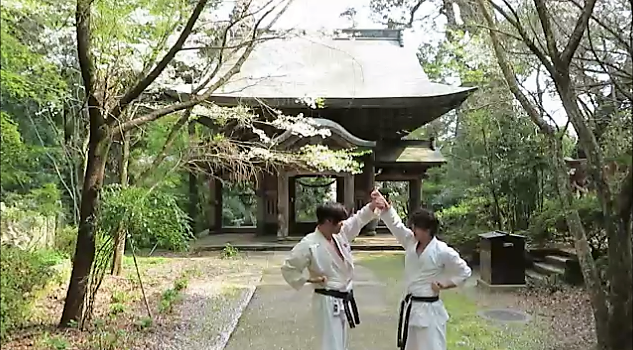 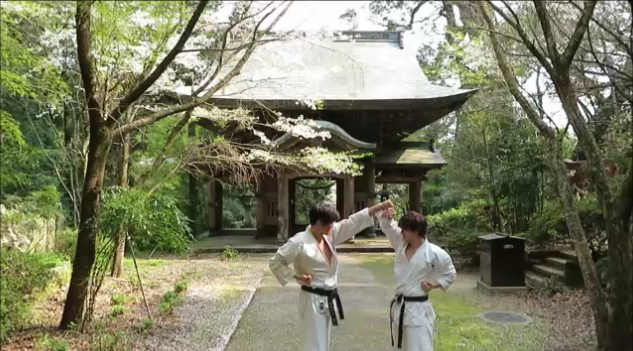