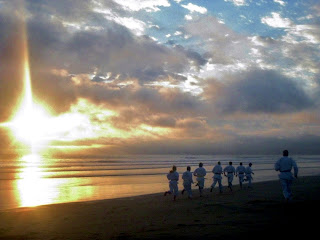 This morning a small group of karateka from the Christchurch Shotokan Karate Club did practice at North Beach from 6am. The training was initiated by a run and around 100 seiken choku-zuki and 50 mae-geri, followed by oi-zuki and mae-geri in standard ido-kihon form. We then went through the Heian and Junro kata, kihon ippon-kumite, jiyu-kumite, and some other calistenics including the traditional `beach sumo'. The session was rounded off by seiken-tate (fore fist knuckle push ups) and an extended time in mokuso. Well done to everyone who attended! Here are some photos from this mornings keiko courtesy of Mizuho. You can click on the photos to enlarge them. Well done everyone! Osu, André.
__________
© André Bertel. New Zealand, 2010. 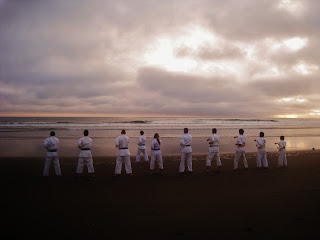 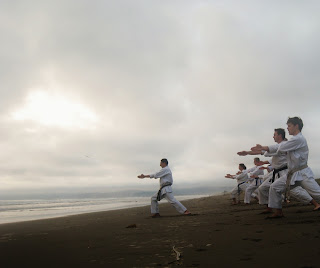 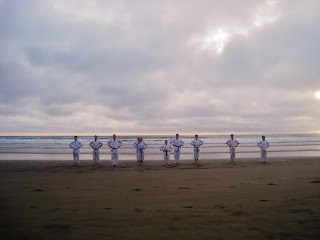 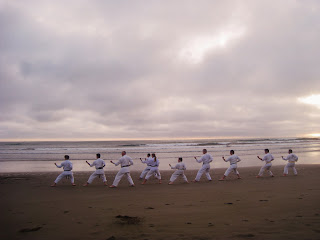 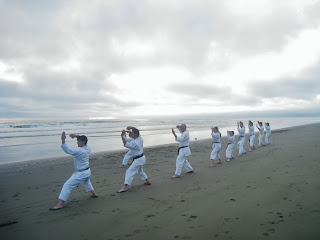 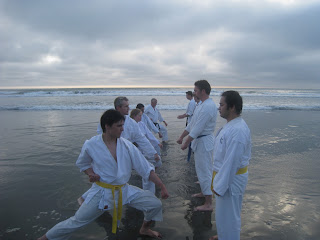 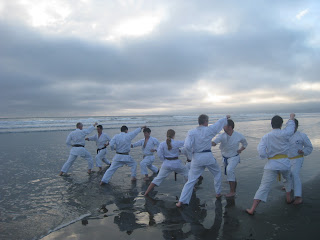 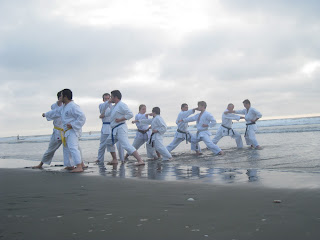 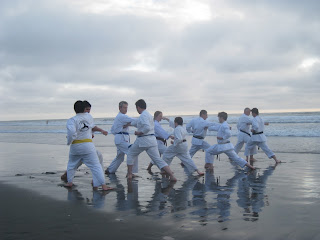 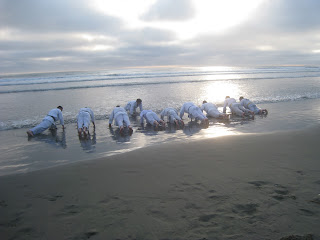 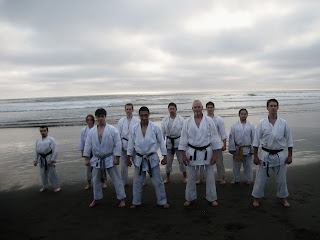 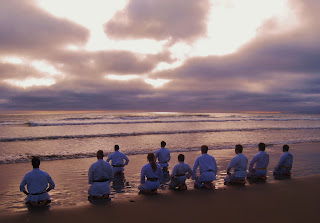