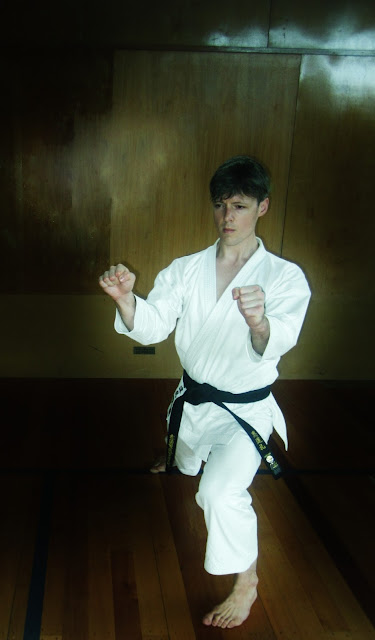 Kakiwake-uke is a technique found right across karate-do, from Heian to Unsu, kihon to yakusoku-kumite, and oyo-kumite/self-defence.

Tounge twister and lost in translation: I find that Westerners seem to have a real problem pronouncing this technique correctly so I thought I’d offer how to pronounce it correctly here: Quite simply “KA-KEY-WA-KAY – EW-KAY”’. The noun `kakiwake’ derives from the verb `kakiwakeru’ which roughly means to `divide apart’. While the `noun’ uke means ‘reception’ (which comes from the verb `ukeru’). Of course, in English we refer to it as the `wedge block’, which is a functional term, but perhaps a tad misleading when it comes to its application.

Before I go on, like most techniques kakiwake-uke is executed at chudan (middle level), jodan (upper level) and gedan (lower level) and with different `karada no buki’ (weapons of the body); moreover, in different directions: but primarily frontward i.e. – movement 14 & 18 of Heian-Yondan; and sokumen-uke `to the sides’: most commonly gedan kakiwake-uke (AKA - kakiwake gedan-barai). Needless to say, gedan-kakiwake no kamae is the basic posture for practicing keriwaza (kicking techniques).

Oyo (Application): Tetsuhiko Asai Sensei taught that kakiwake-uke must be applied in a `flinch-reaction’-like manner. That is, the first part of the action (the squeezing or compression) immediately deals with the assailants hold from the outside going inward. His rationale was that: (i) we should never put both arms inside of an opponent’s arms because it leaves us completely vulnerable to attack (from either hand and/or others if dealing with multiple attackers); (ii) generating power by spreading the opponents arms from the inside outward is weak (whereas huge power can be applied from the outside and/or downwards); and (iii) from this action, the opening/spreading of the arms can be used as strikes or ude-gatame (arm locks) as the first action conveniently sets this up. 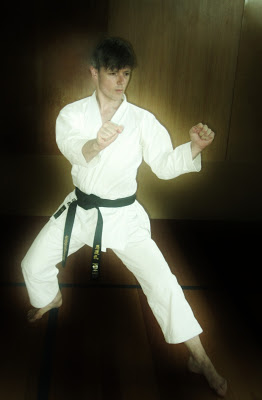 The tachikata (stance) and unsoku (leg movements/footwork) also change how the various forms of kakiwake-uke can be applied; however, all karate must be primarily instinctive as opposed to being trained as variations. Effectiveness cannot come from knowing many different techniques, but rather doing “the right waza—at the right time—in the right way”; thus, whether talking about kakiwake-uke or any technique, the key point is that one can “instinctively and optimally react” through extensive and well-guided training.