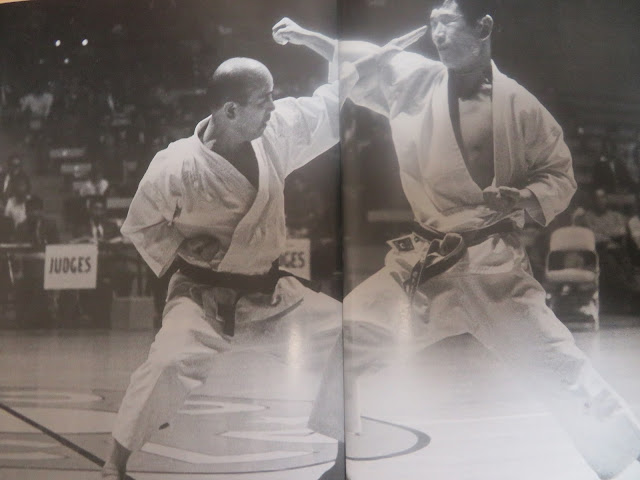 Miyata Minoru Sensei was a pioneer of Shotokan-Ryu and a founding member of the JKA (Japan Karate Association). He was very important in the development of ‘Budo focused’ Shotokan. 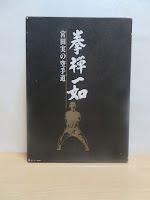 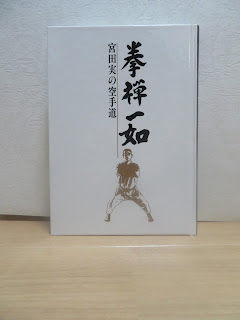 So, to emphasize the importance of Miyata Sensei’s karate, rather than my words, I would like to quote Nakayama Masatoshi Sensei. This was in regard to Jiyu Ippon Kumite and Jiyu Kumite:

“The late Minoru Miyata was my classmate and a colleague of mine since the founding of the Japan Karate Association. From his long years of experience, he held a clearly defined view of jiyu ippon kumite and jiyu kumite. Since he was a man who capabilities were highly evaluated by others and one whom I had very great confidence. I would like to quote him on this subject. The method of jiyu ippon kumite is this. Both men take a kamae freely at an optional distance. Announcing the area he is aiming for, the attacker attacks decisively. Against this the blocker freely uses techniques he has mastered and counterattacks at once. This is a training method; the purpose is to put into actual practice the techniques of offense and defense. This is jissen (actual fighting) kumite." - Nakayama Masatoshi ('Best Karate Vol. 3' - Kumite One).

In fact, Miyata Sensei was so important to Nakayama Sensei (in the sense of 'old school technical application') that he dedicated both of the ‘Best Karate’ kumite books (volumes 3 and 4) to him.

What’s most interesting about Miyata Sensei's karate, based on I’ve heard from my seniors here in Japan; furthermore, WHAT YOU CAN SEE IN THESE IMAGES from this book is that 'you can see Miyata Sensei's karate is really OLD SCHOOL SHOTOKAN. Functionality is the purpose of form, as opposed to aesthetics. Also, more emphasis is on 'striking atemi (vital points)' with sharp karada-no-buki (weapons of the body). This is the karate that can be used by a weaker person to disable a more stronger and violent attacker. In a nutshell - 'self defense for the average Jane or Joe'. Interestingly, I heard that Miyata Sensei's karate was different from Nakayama Sensei's in that it was more like Funakoshi Yoshitaka Sensei's methodology. This can also be seen in his junior, Kase Taiji Sensei.

I personally believe with the refined Budo/Bujutsu Karate that we have now combined with the understanding/application of Miyata Sensei's generation (especially in regards to self-defense and ethics) is the correct way forward.

To conclude I very much believe that it is important "...to keep in mind the past—and integrate the strengths of that time—while embracing the positive  developments of the present time". Certainly, this goes vice-versa in regards to weaknesses and negative points. Please know! This is not modern thinking! It has been THE WAY OF KARATE and all arts from their very beginnings. Nevertheless, those who have failed to understand and apply this to their personal training will never maximize their own potential.