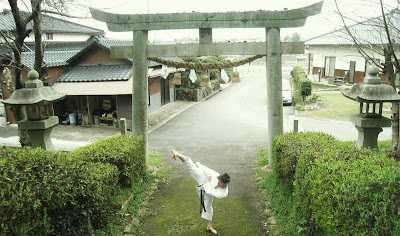 I've never really seriously trained for/practiced sports karate, however when doing embu (demonstrations) I alter my techniques for safety. Likewise I did this in competition, for obvious reasons.
______
Following this train of thought, in this post, I'd briefly like to talk about mawashi geri or 'the roundhouse kick'. Mawashi geri is a very interesting technique, because in actuality, it is not a traditional karatedo waza. In saying that, it was 'made traditional' by Funakoshi Sensei's most talented son. By traditional I mean, it was engineered into a 'single finishing blow', which epitomises real karate. Sadly, due to competition, this pure martial arts technique is rarely seen nowadays, and even if it is, it is only considered as the 'abstract version'. Based on what Asai Sensei taught me, the "traditional mawashi geri is THE ONLY MAWASHI-GERI!" Karate in recent years has been watered down to a point of embarrassment. It is my hope, as well as many other traditional karateka around the world, that real karate is not completely lost.
_______
I only practice the traditional mawashi-geri in my training. This keriwaza axes the ball of the foot, or the shin, downwards by fully rolling the hip over. Likewise all of the body weight follows it, via the drive of the support leg. It is truly a destructive technique. This is the true 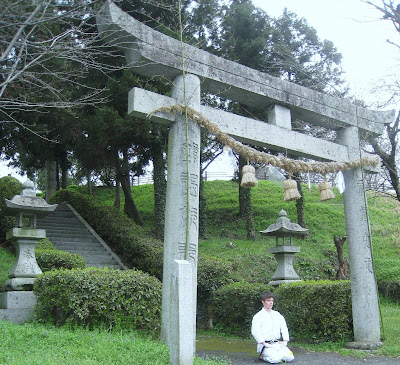