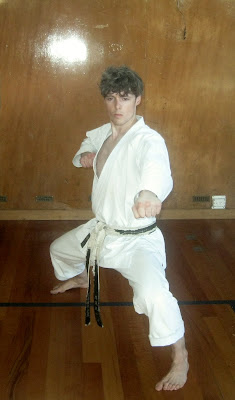 There are many differing views about "proper shomen and hanmi" in Shotokan karatedo. Does shomen mean that the hips have to be perfectly square on? And is hanmi 45 degrees or 90 degrees? Shuseki Shihan Tetsuhiko Asai (10th Dan) had a very flexible view about this, as should everyone! Rather than ramble on, I will answer these questions, as taught to me personally by Asai Sensei, then explain why this is "correct" for the traditional karateka.
_____
1. A legitimate shomen and hanmi: A pure shomen is square on and pure hanmi is 90 degrees. This is what is taught by Yahara Sensei, who has really emphasised this aspect of koshi no kaiten (rotation of the hips). These `to the limit' positions are precise physical definitions of these terms. However, like everything in karate, technique terminology is not neccessarily so precise, and the buck doesn't stop there. Nevertheless, it is important, from beginner right through to advanced instructors to be able to physically employ these `extreme hip positions'.
______
2. Asai Sensei's `natural' shomen and `varying hanmi': Sensei advocated a more relaxed shomen, for 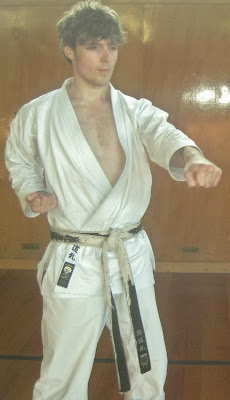 example when executing oi-zuki, the punching side hip is roughly 10% forward as opposed to being perfectly locked square. In regards to hanmi, his position ranged from just outside of his natural shomen (around 30 degrees), right through to 90 degrees, depending on his objectives, and the situation, at any given moment. This is by no means in contradiction to 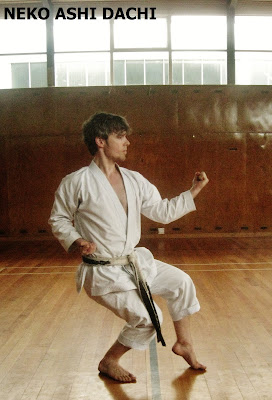 the karate of Mikio Yahara Sensei, but rather a more diverse (reactive/analytical) approach.
______
Just a quick thought: "Why not do the first movement of Heian-shodan (hidari gedan-barai) with the hips going towards the block or jun kaiten (regular rotation)? Or chudan uchi-uke in the same manner as opposed to gyaku-kaiten (reverse rotation)? If one doesn't train, including such core fundamental variations, they are studying karate like mathematics, where there is a single answer. This is OK if one trains karate merely for regimented kata and kumite competitions, but is clearly insufficient for someone who studies karate as a martial art of unarmed goshin-jutsu (self-defence). Worse still nowadays are people who `stick to the syllabus'. They say "this is the so-and-so way our federation does it". This is not traditional karate - the martial art, but clearly mindless brand labelling, something which has become a phenomena since the explosion of karate organisations offering their `packaged deals' for Westerners. 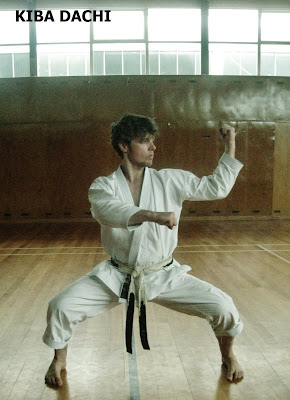 ______
Training advice: Literally go the full circle training extreme shomen, hanmi, and gyaku-hanmi, right down to the more natural variations... This cycle has no ending and is the first phase in physically perfecting "how to use your hips like a ball", which is critical for all karateka. If you physically understand what I am talking about, with your body action, you are well on the way to executing high class martial arts karate.
______
Conclusion: There are many techniques in karate, therefore we must practice the best way to execute them for ourselves, and depending on the situation, which is always unpredictable. A full hanmi, minor hanmi, a full shomen, a relaxed shomen, or the extreme gyaku-hanmi... Many people now take a s 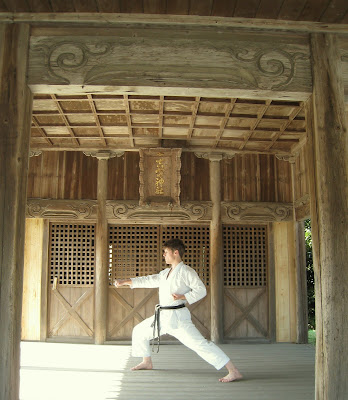 eemingly religious view about how the hips should be used. Rather than take anyone's word for it, find out for yourself by practicing techniques against the makiwara, bag and other impact apparatus. From there train with a partner in the various forms of kumite, as situations often change how your techniques can be optimised.
______
© André Bertel, New Zealand 2011.
Posted by Andre Bertel at Thursday, January 13, 2011