Over 70 karateka attended my four two hour technical seminars in Toodyay, Western Australia, keen to learn the unique Shotokan of my late karate teacher Shuseki-Shihan Tetsuhiko Asai (10th Dan). I was told that the largest clinic had 62 practicing. The seminars were 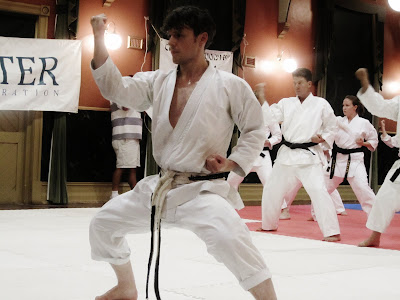 hosted by Helen and Ken Bainbridge Sensei of Avon Valley Shotokan Karate-Do. Here is a photographic review of the weekend (and as always, you can click on the pictures if you wish to enlarge them).
__________

INTRODUCING ASAI SHOTOKAN TO AUSTRALIA: This was the first introduction of Asai-ha Shotokan-ryu Karate in Australia, therefore so much of what I taught was completely new and very challenging for the participants, nevertheless, as I explained, demonstrated, and taught drills/applications, I could see the lights go on! The first point I emphasised was `THE MISSING LINK'. Essentially that "Traditional 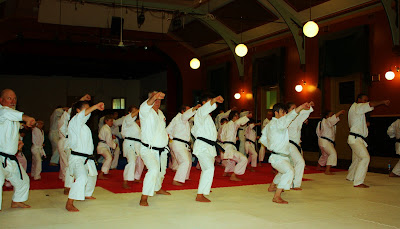 karate is not only a label but rather indicates that the karate being practiced is for actual self-defence, as opposed to being sports". In saying that I also stressed that "even if one doesn't compete, unless they train their kihon, kata and kumite, to be devastatingly effective in self-defence, they are still 'playing' sports karate".
__________
THE THREE ENGINES OF 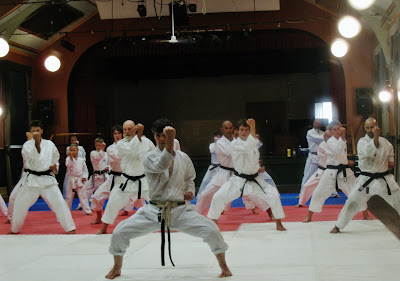 ASAI-HA SHOTOKAN-RYU: As always my seminars covered the three core mechanisms of Asai Shotokan which if trained properly result in authentic traditional karate technique/application: (a) Proper KOSHI NO KAITEN (The rotation of the hips); (b) Proper TAI NO SHINSHUKU (the contraction and expansion of the body); and (c) JUNANSEI (Softness - to achieve snap and full-technique as opposed to using muscle power). Kata cover in the seminars included KASHU or HI NO TE (Fire hands) and KIBAKEN-SHODAN. In the host instructors class (which was attended by Ken, Helen and Mark) we worked on 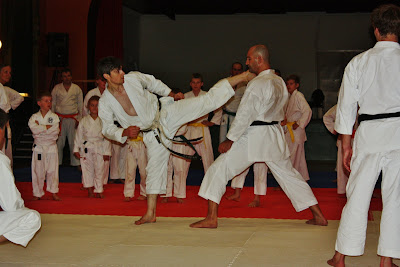 SHOTEI and also some corresponding points in the 26 standard Shotokan kata.
_________

SEMINAR VIDEO FOOTAGE ON YOUTUBE: Upon receiving the video footage of the seminars from Avon Valley Shotokan I'll upload some of the techniques/ applications which I taught over the weekend. I'll also post some information about the club at a later date. 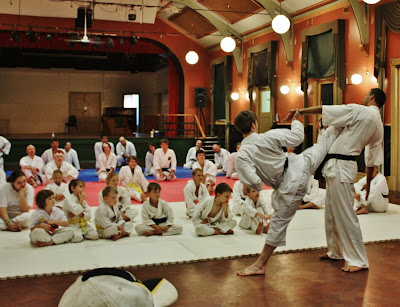 In addition to the instructors, members and families of the Avon Valley Shotokan Karate I'd also like to especially thank Davide Calneggia Sensei (who travelled up from Margaret River, WA) who assisted me on Day Two of the seminars; and also Leo San, who flew in from Sydney, and assisted me on both days. OSU, André. 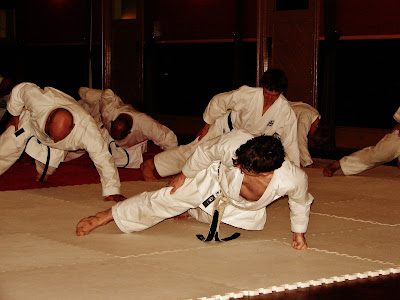 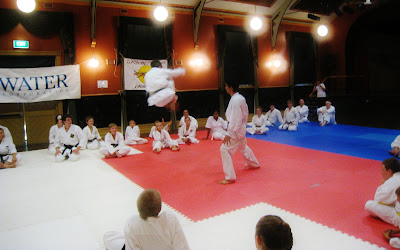 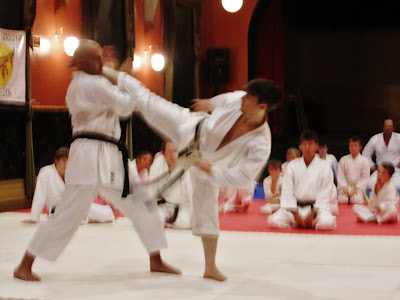 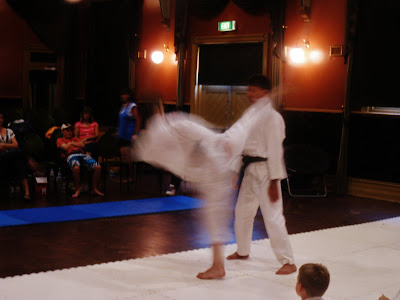 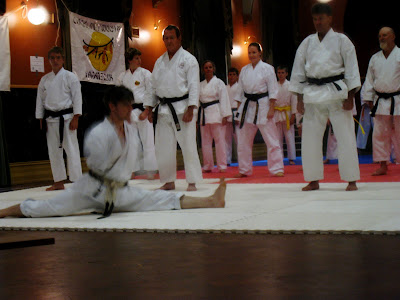 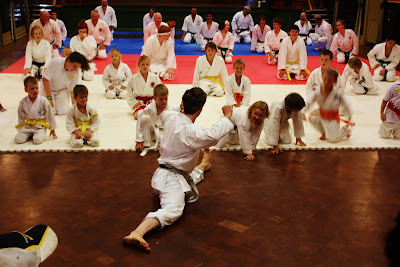 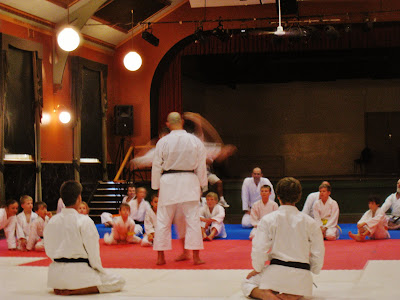 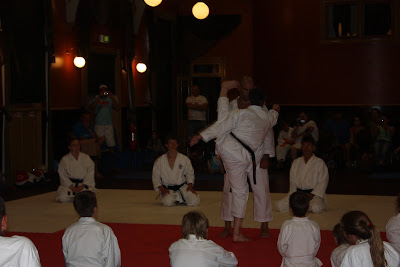 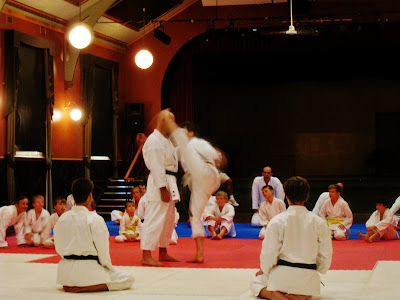 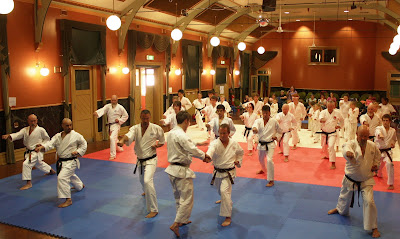 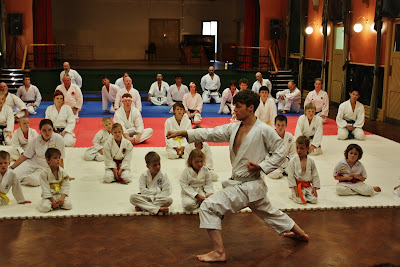