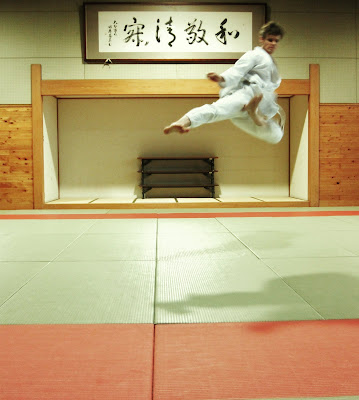 Practice last week in Oita-shi was particularly focused on leg training. This was initiated each time by hillside run around the Shikido area. After this intense 10-20 minute "warm-up" lunges were performed numerous times to undeniably ensure that the legs were like jelly (and your mental focus was painfully on them).
_________

The rest of practice was kihon, kihon and more kihon, and attention was firstly on "using the legs to initiate power", then secondly, the hips and the abdomen. Kata and kumite was merely just an extension of this, which theoretically may seem normal, but rarely is outside of Nippon (in the most strict sense). Whether it's gyaku-zuki, driving 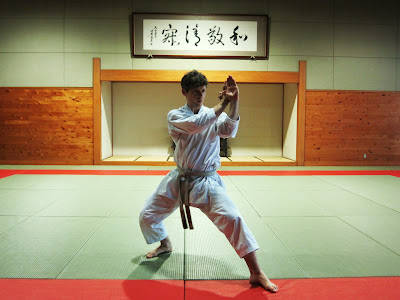 backwards to defend in the first movement of Gankaku kata, leaping up for kesa-geri etc what matters most is legs, hips and hara (the hara also including kokyu/breathing).
________

The motto for the weeks training was "Don't learn by thinking". Rather "Make automatic by doing". This is Karate The Japanese Way. 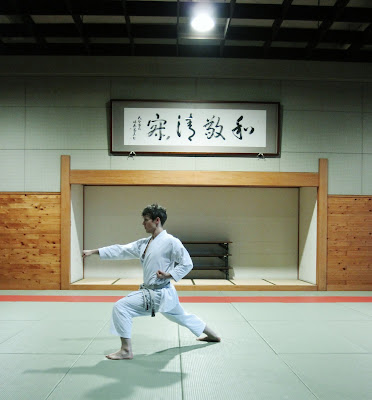