The three important variations of the Shotokan `front stance' 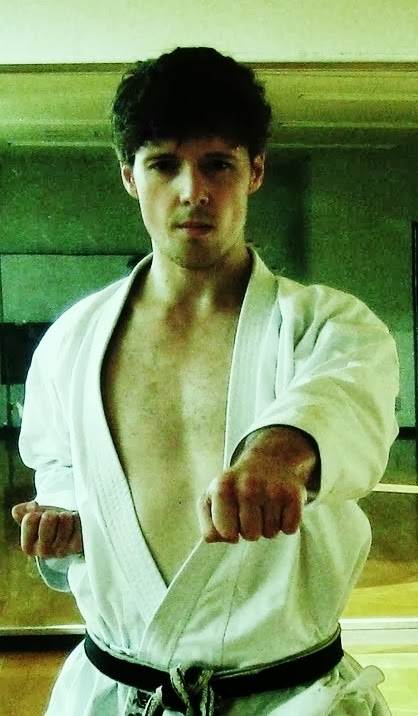 There are three important variations of the front stance that need to be fully understood. I would like to briefly describe these today. But before I do, I’d like to highlight their technical significance. Firstly, by not utilising these stances one cannot correctly follow the line of the enbusen (performance line) in their execution of kata. This is a discipline in kata, which should be strictly adhered to: especially amongst those who practice traditional JKA Shotokan (needless to say, this is worthy of a separate article). Secondly, these variations pave the way for effective application via their flexible use—combatively speaking; that is, stances must be used in different ways to maximise one’s effectiveness/goshin-jutsu (self-defence) skills. For example, the migi chudan uchi-uke kara migi chudan mae-geri (movements 16 and 17) in Heian-Nidan Kata, a full zenkutsu-dachi is less effective than hidari ashi zenkutsu. Accordingly, this is because gyaku-hanmi can be more fully applied in ashi-zenkutsu; moreover, a speedier counter-kick can be delivered from this position. Such points must become instinctive and conscientiously expressed, which in turn elucidates the value of “proper kata training” (within the context of a martial arts/self-defence training programme). OK, so here are the three fundamental variations of zenkutsu-dachi:


2.      Hidari ashi-zenkutsu and migi ashi-zenkutu: This stance is generally shorter and narrower than zenkutsu-dachi. For example, movements 16 and 19 in Heian Nidan Kata etcetera.


3.      Hidari hiza-kutsu and migi hiza-kutsu: This where techniques are delivered to a different direction from the front stance position, for example the first half of movement 11 in Heian Yondan Kata.


Conclusion—“The big picture”: Kihon and kata are for kumite, for actual self-defence; therefore, all of one’s techniques must be fully understood/physically expressed in their most basic form. Variations express deviations/unpredictability in actual physical conflict. In this regard, things change according to one’s opponent(s), environment, type of attack, etcetera (but not so much that the fundamentals/core principles aren’t fully applied). Overall, the three variations of zenkutsu-dachi, described in this article, subtly accentuate this point. I wish you the very best in your training. Osu, André.