Over the weekend karateka from Australia visited Oita—to practice Budo Karate with me—for two days. One of the practitioners was Don Walker Sensei whom I met, through the late Carl Marriott Shihan (whom first brought me to Western Australia), several years back.The focus during the six hours of training was ‘Karate as a martial art of self-defence in the real world’. This was achieved by the transmission of the foundational knowledge of Bujutsu Karate from which one can return Karate to its original potent form. While this certainly exists within the broad category of `Karate-Do’, for most karate around the world, it is either not practiced at all or, more commonly, practiced incorrectly.

I will not detail the trainings but will say it was a highly productive time and a great chance to spread Karate-Jutsu to Australia on a higher level.

Overall, we wish you all the very best for your remaining time here in Japan. Osu, André 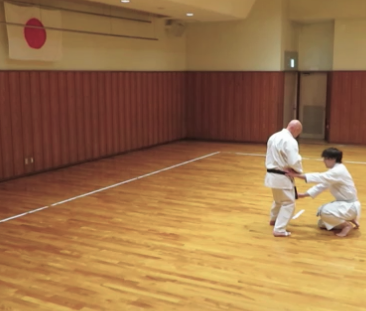