As you will know Asai Tetsuhiko Sensei introduced many additional kata to supplement/expand the Shotokan system. The vast majority of these were kata which he later dubbed the 古典型 (KOTEN-GATA). Koten-gata basically means ‘classical or old forms’, however; I have personal views about this labeling, which I will outline today. 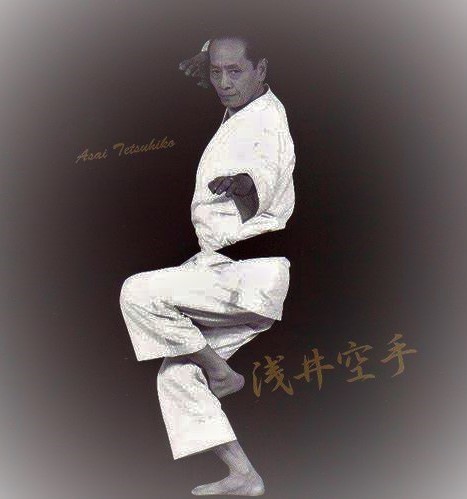 Firstly, I want to say that the opinions I will share today, are just that: my opinions/theories. Nevertheless, they are literally founded on what Asai Sensei said (and did not say) directly to me personally. In other words, firsthand accounts. Secondly, my view is based on my practice and study of karate—and its origins—here in Japan. To put this in perspective, since 1993 I have lived and trained daily for around 15 years here in Japan (in total); furthermore, I’ve conscientiously sought out much training, and personal time, with Japan’s very best Shotokan-Ryu instructors. Taken as a whole, including personal training under the guidance of Asai Sensei himself, underpins the basis of my overarching theory (about the origin/development of the koten-gata). So, with that background information, let's begin...


POINT ONE – ASAI SENSEI ENGINEERED ‘NEW’ KATA: To begin with, it is important to note that Asai Sensei did admit to creating many new kata. Nonetheless, he also claimed to introduce many old kata; hence, the term koten-gata. A key point here is that the various kata, which Asai Sensei admitted that ‘he personally constructed’, were all for the expansion/improvement of the standard Shotokan 基本 (Kihon). These kata include: Jo no kata, Gyaku zuki no kata, Kihoken, Shinken, the five Junro, and the five Joko. Yes, there were others, but that will suffice, to clarify this aspect.

POINT THREE – A FIGURATIVE TWIST AND A SIGN: Now here’s a twist… Furthermore, indicative of the origin of the koten-gata… Some of the kata Asai Sensei put into the ‘koten-gata category’ were also designed by him; moreover, they are kihon training forms/exercises—which are technically consistent with the aforementioned group of ‘non koten-gata’. Two examples of this are Ransetsu (more commonly known as Rantai), and Kyakusen (Ashi barai no kata). To expand on this, the JKS (Japan Karate Shoto-Federation) also categorizes the Joko series as ‘koten-gata’. Certainly, I am not criticizing them for this point, as Asai Sensei also said to me that the five Joko are jiyu-gata (free-choice kata); hence, the mix up.


Clearly, this point (the mixing of ‘what is’ and ‘isn’t’ a koten-gata), on its own, makes a strong statement that Asai Sensei developed the koten-gata himself. However, there is a dark horse (Meikyo Nidan), which I have facts about (from what Asai Sensei personally explained to me). Nevertheless, for greatly clarity in my writing, I will leave that until later…

POINT FOUR – SO IF THE KOTEN GATA ARE NOT CLASSICAL FORMS, WHY ARE THEY LABELED AS SUCH? The first thought might be deception; however, I’d like to emphasize, that is not what I am implying here. SO HERE WE ARE....THIS IS MY CENTRAL THEORY… 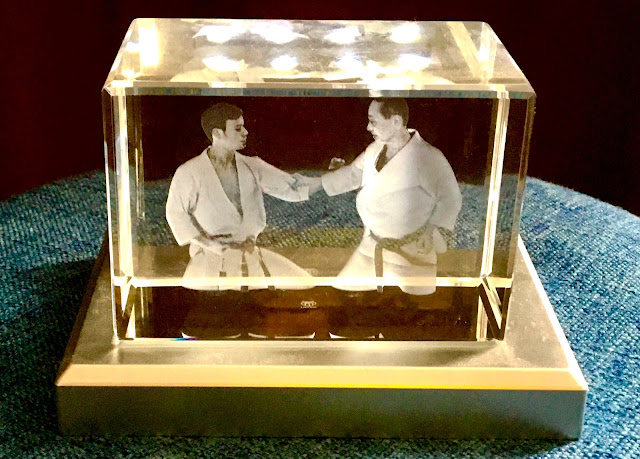 MY CENTRAL THEORY ABOUT THE EVOLUTION OF THE KOTEN-GATA

I believe that koten-gata were constructed by Asai Sensei with KOTEN BUJUTSU-WAZA. He formulated these techniques, which were largely missing from Shotokan—or technically inferior—into kata. That is, he simply did what the masters of the past did (to preserve their best tried and tested fighting techniques).

In addition to this, there is another layer, and that is the combative format of the koten-gata… They are directly applicable as goshin-jutsu (self-defense). In particular, the extensive emphasis on ‘infighting’ was something that Asai Sensei consistently focused on when teaching me.

POINT FIVE – MEIKYO NIDAN – “THE BRIDGE”: If you learned from Asai Sensei in Japan, in the early 1990s, you will know that he excited many karateka—including myself—when he suddenly began teaching Meikyo Nidan. I was well versed in ALL 26 of the standard Shotokan Kata and, like everyone else, was shocked to suddenly learn something from outside of this ‘traditional group’.


Now, this aspect is not my theory, but what Asai Sensei personally said to me many years later. “Meikyo Nidan was my way to open up the minds of the kyokai instructors to other koten-kata. The origin of this kata is Matsumura Rohai. This kata was the bridge I used to teach the other koten-gata, and this is the most important point of Meikyo Nidan”. As I have written before, Asai Sensei also often used to say “… the teaching of unknown kata gives me a blank slate for my teaching”. What he meant was that he wanted Shotokan karateka to move more naturally, be relaxed (for optimum effectiveness) and be more broad minded about karate as budo/bujutsu.


To conclude, MY CENTRAL THEORY (about the development of the koten gata) is just that—a theory. Nonetheless, from my personal experiences with Asai Sensei and my own near 40 year journey on the karate path—after thinking long and hard—I can’t think of any other logical explanations. But who knows, perhaps a hidden style may one day show up with all these wonderful kata? The last thing I’d like to elucidate in this brief article is THE EXTREME VALUE of the koten-gata: irrespective of their origin. They have greatly enhanced Shotokan as budo/bujutsu karate and have allowed higher levels of technical skills to be reached. 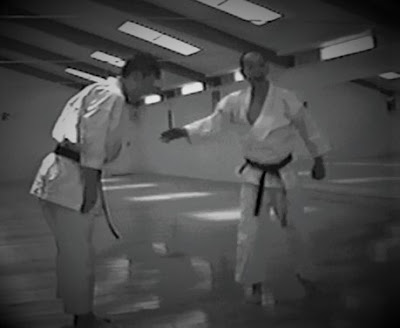