The kinematic chain, more often referred to as the ‘kinetic chain’ is a  biomechanical term for describing human movements; in particular, pertaining to using the muscles and joints in the correct order ‘like a chain’. 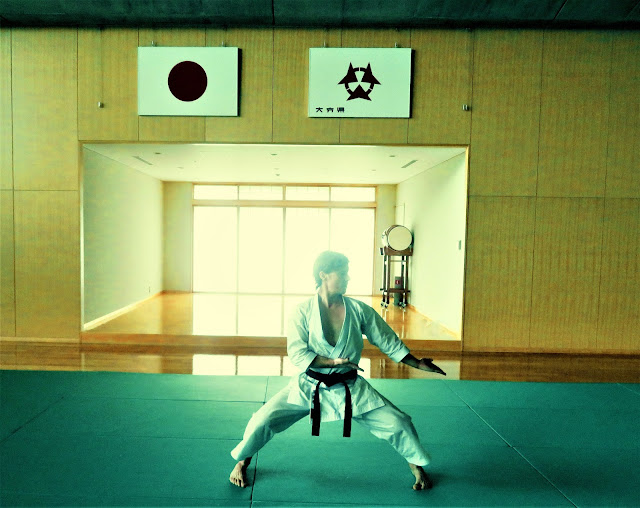 The idea behind this is that “…rigid overlapping segments are connected by joints” and this creates a system thereby which movement at one joint produces and/or affects movement of another joint in the kinetic link.

Interestingly, this concept was first introduced by Frank Reuleaux—who was a mechanical engineer—in 1875. Over a century later, in 1995, Dr. Arthur Steindler adapted the theory for human movement: especially sports movements and exercise. He described the kinetic chain as “…combination of several successively arranged joints constituting a complex motor unit”.  This series or chain can be either open or closed. Closed, in the basic sense, is SHIME in Shotokan-Ryu. 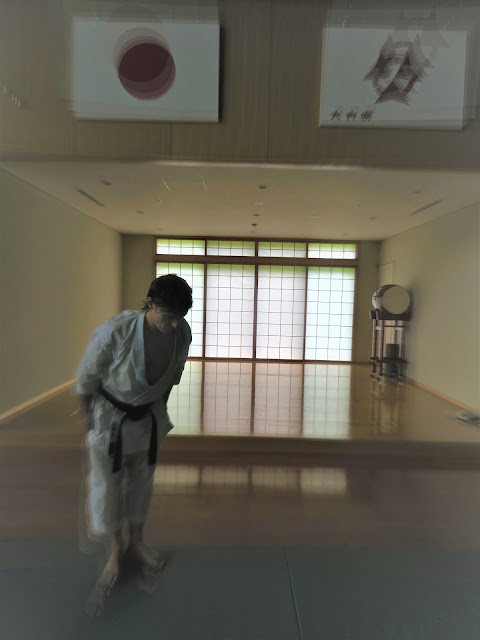 The key point of understanding, for the karateka, is to use the joints and muscles in the correct order. This requires relaxation, correct technical form and full understanding of each stage of every movement. In the case of Asai Sensei, he refined this in his karate. In fact, he did so more than any other contemporary master of the art. Nevertheless—and while his karate certainly was revolutionary—he claimed that this was the “…natural ‘way of technique’ before the rise (and domination) of sports karate”.

That is “…when developing maximum impact power was the objective of all the percussive blows of karate—tsukiwaza, keriwaza and uchiwaza”—as opposed to merely ‘looking strong’ or ‘getting a point’.

Using the kinetic chain correctly will result in maximum impact, maximum pressure in locks and chokes, maximum power in throws, and so on. The correct order of bodily actions is, indeed, not the only part of the equation. Fighting is not like that. Opponent(s), environment, one’s own condition at the time and other factors all come into play. Nevertheless, being able to use your kinetic chain optimally—that is, subconsciously etched into all of your kihonwaza—is at the heart of one’s karate. Yes, it is what separates the average karateka from the good one, the good from the great, and great from the world’s most elite practitioners.

Many of my students have benefitted from this knowledge and ALL have have greatly improved their karate via it. While this is just one aspect, it is undeniably a highly important KIHON. 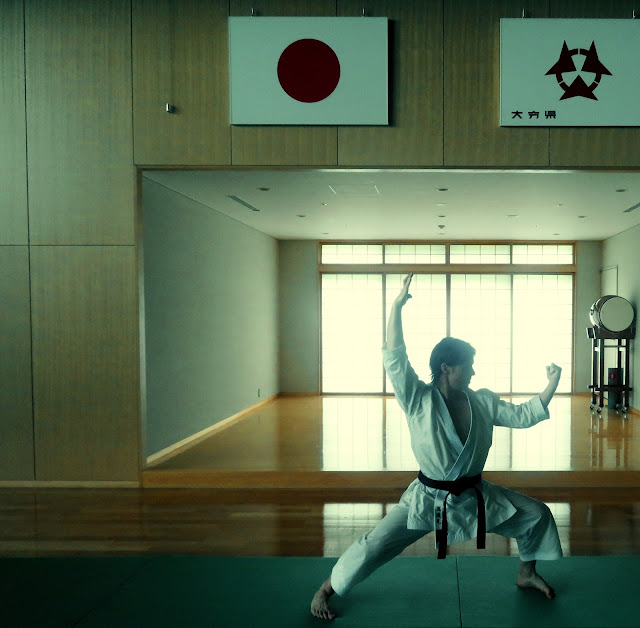 Asai Sensei summed up 'the kinetic chain' in 'layman's terms' when he provided his example of the Chinese ‘Seven Jointed Whip’ and, also his favorite weapon: the kusarigama, which is a sickle on the end of a chain. 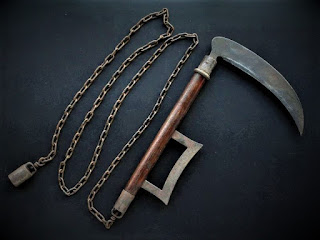 This, in part, is the essence of whip action, wave motion and what Asai Sensei referred to as 'chameleon'; that is, a mix of different elements,  techniques and/or weapons of the body: within one action. This topic is EXTREMLY ADVANCED.

To conclude, by seeking to use each chain link in the correct order, precise form, and use of power/energy. This can be done by oneself through thorough practice and/or by accessing high level mentorship. In any case, merely learning such movement has no real meaning unless it is applicable in a freestyle context. 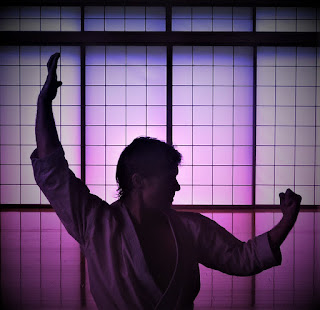