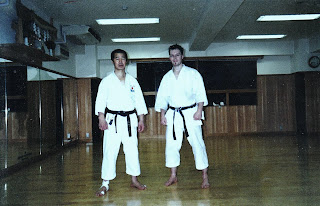 Masao Kagawa Sensei was born in Osaka in 1955. He graduated from from Teikyo University and went on to become a Japan Karate Association instructor. Besides being one of the very best technicians to have been produced by the JKA, he is also a world class teacher. Here is a 'highly abbreviated' background of this awesome Shotokan karateka…
Rank:
7th Dan JKF (Japan Karate Federation) and 8th Dan JKS (Japan Karate Shotorenmei).