JKA Christchurch had a guest from Australia this week, Rebecca Hann (2nd Dan), who attended the two general classes at CPIT. On the second session, I was invited by Lyall Sensei as a guest instructor, so I covered the basics of Asai-ha Shotokan-ryu; namely, koshi no kaiten (hip rotation), tai no shinshuku (the compression and expansion of the body) and junansei (softness). The kata Heian-nidan, Heian-godan and Tekki-shodan were practiced, some light jiyu-kumite, as well as a variation on Heian-shodan. All in all, the emphasis of the class was on developing a foundation for ichigeiki-hissatsu - the essence of karate technique; that is, to develop the ability to down an attacker with a single blow.


Rebecca was very polite and keen to train so I'd like to wish her all the best with her karate-do back in Australia. Here are some photos from tonights session. Osu, André. 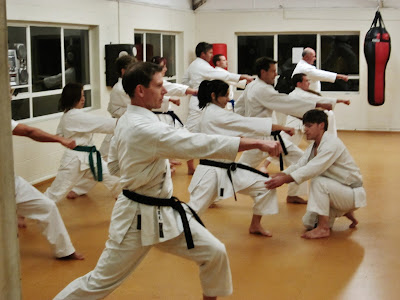 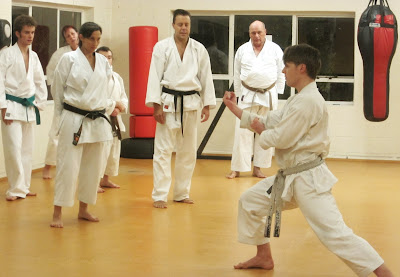 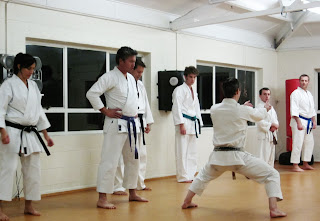 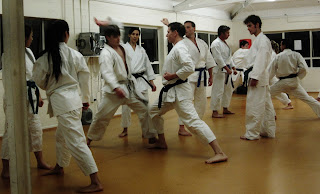 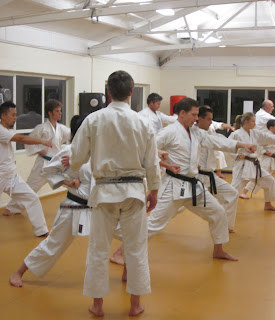 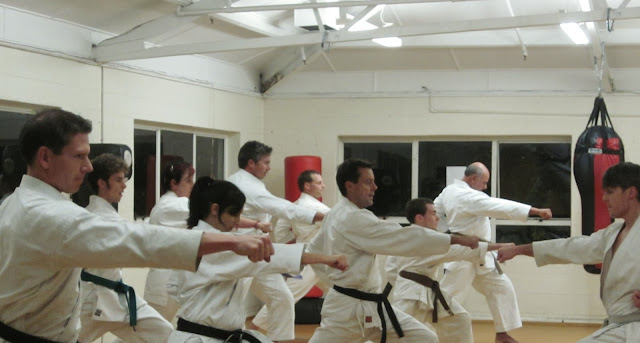