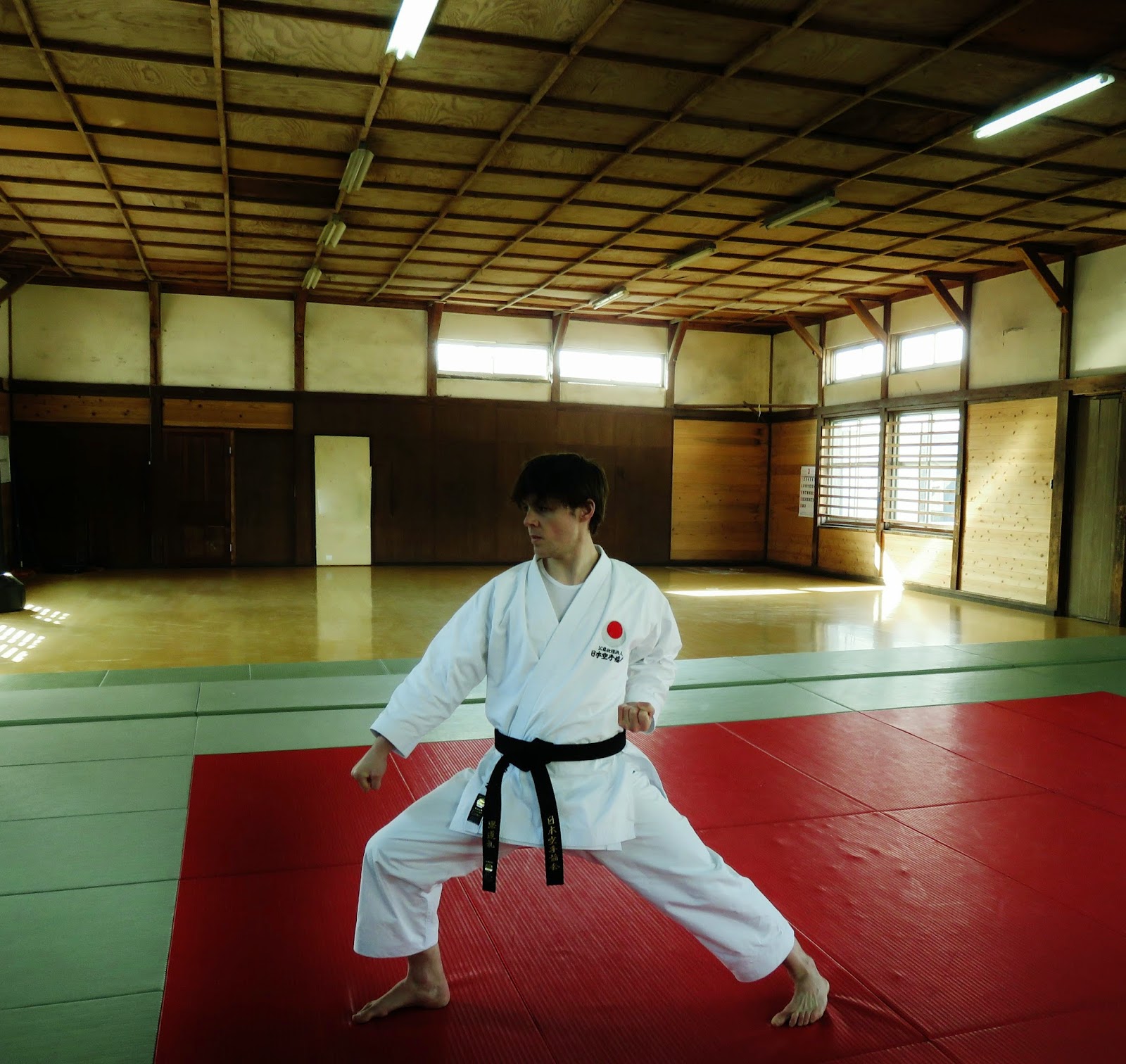 One of the commonplace traits of Western karate is the misguided belief in `grafting on’ kihon and kata from all over the place; that is, grafting `the perceived best bits’ of others technique onto to their own karate (to attain a `better style’ or `more impressive look’ when they perform karate). It is clear that many see this as a positive training methodology; nevertheless, I believe it is the main contributing factor of reducing martial arts development  of karateka (in the practice of kihon and kata). I’d like to add here that many senior Japanese karateka, here in Japan, also voice this view, and indeed recognize it “as the biggest anchor holding back non-Japanese karate practitioners”.
BACKGROUND: Before I go on, I will need to qualify this view and the perspective from which I come from:
·         The first thing I’ll need to do, to achieve this, is to define ‘what is karate?’ Rather than give a definition personally I’d like you to read the definition made by the JKA (please follow this link: http://jka.or.jp/en/karate/philosophy.html). This philosophical definition assertively defines authentic karate. 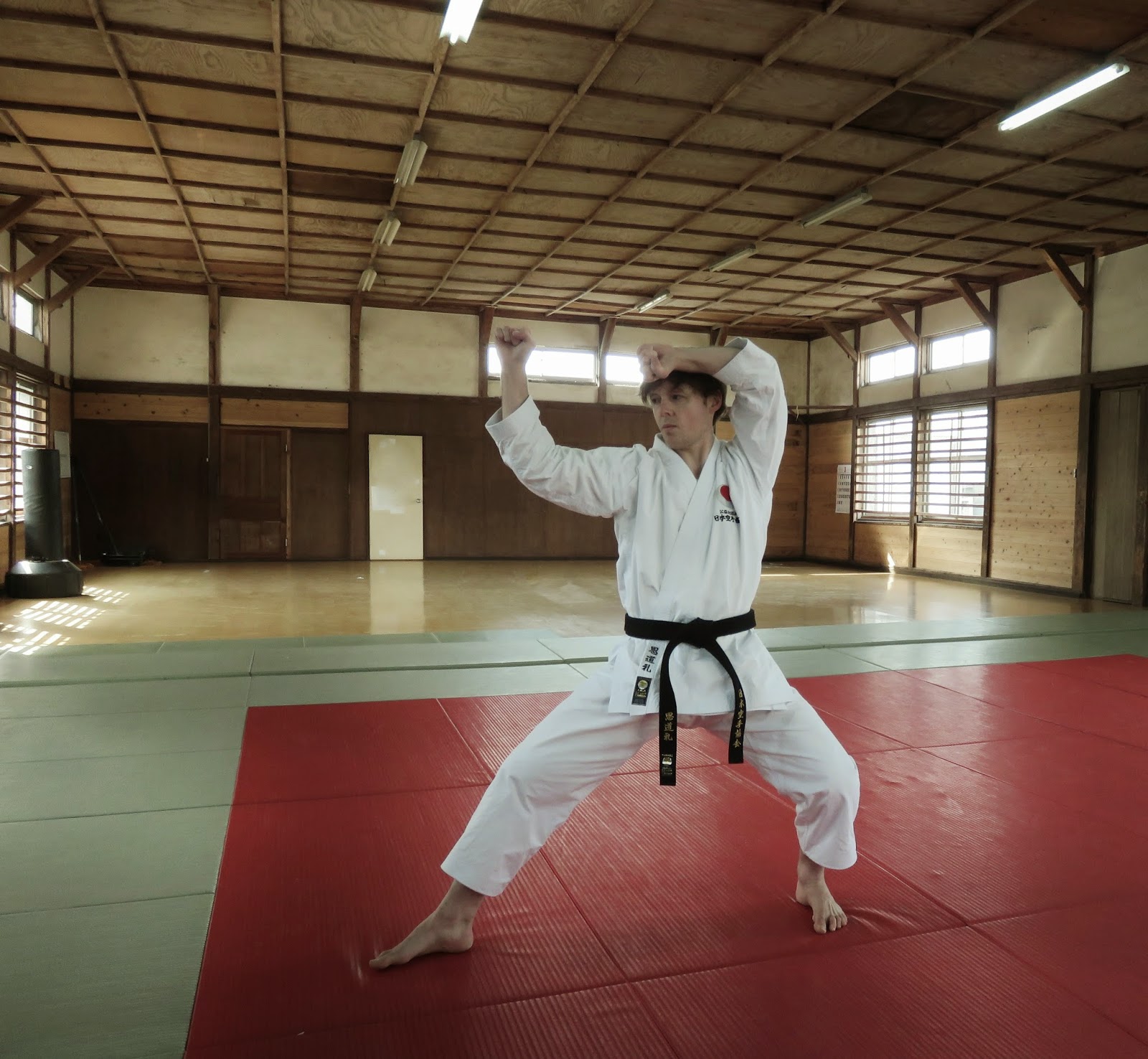 ·         Based on this correct understanding of what true karate is “…it is unequivocally clear that kihon and kata are for kumite: the trinity of karate-do. And kumite, in budo is not limited to prearranged drills; but rather, it directly pertains to proper jiyu-kumite, traditional shiai (competition) and, indeed, actual self-defence”. Therefore, the idea of ‘grafting’ or `sourcing’ bits and pieces from a variety of individuals, styles, organizations—`FOR STYLES SAKE’—has NO RELEVANCE for authentic budo karate.


·         It is important to point out that jiyu kumite is different in this regard—grafting is fine. Grafting is a part of the unique character of developing jiyu-kumite skills. For example, we may find a technique or tactic that is useful then steal it (this is why it is called `free’ sparring; nonetheless, clearly in the context of jiyu-kumite, it is not `art-for-arts sake’). I.e. – the assimilation of an effective variation of tsuki, unsoku/ashi-hakobi, keri, a shimewaza (strangulation technique) etc. Nevertheless, I must stress again that kihon and kata should never be grafted/multi-sourced. To reiterate let’s now consider “Why would someone want to graft different ways of doing kihon and kata?” 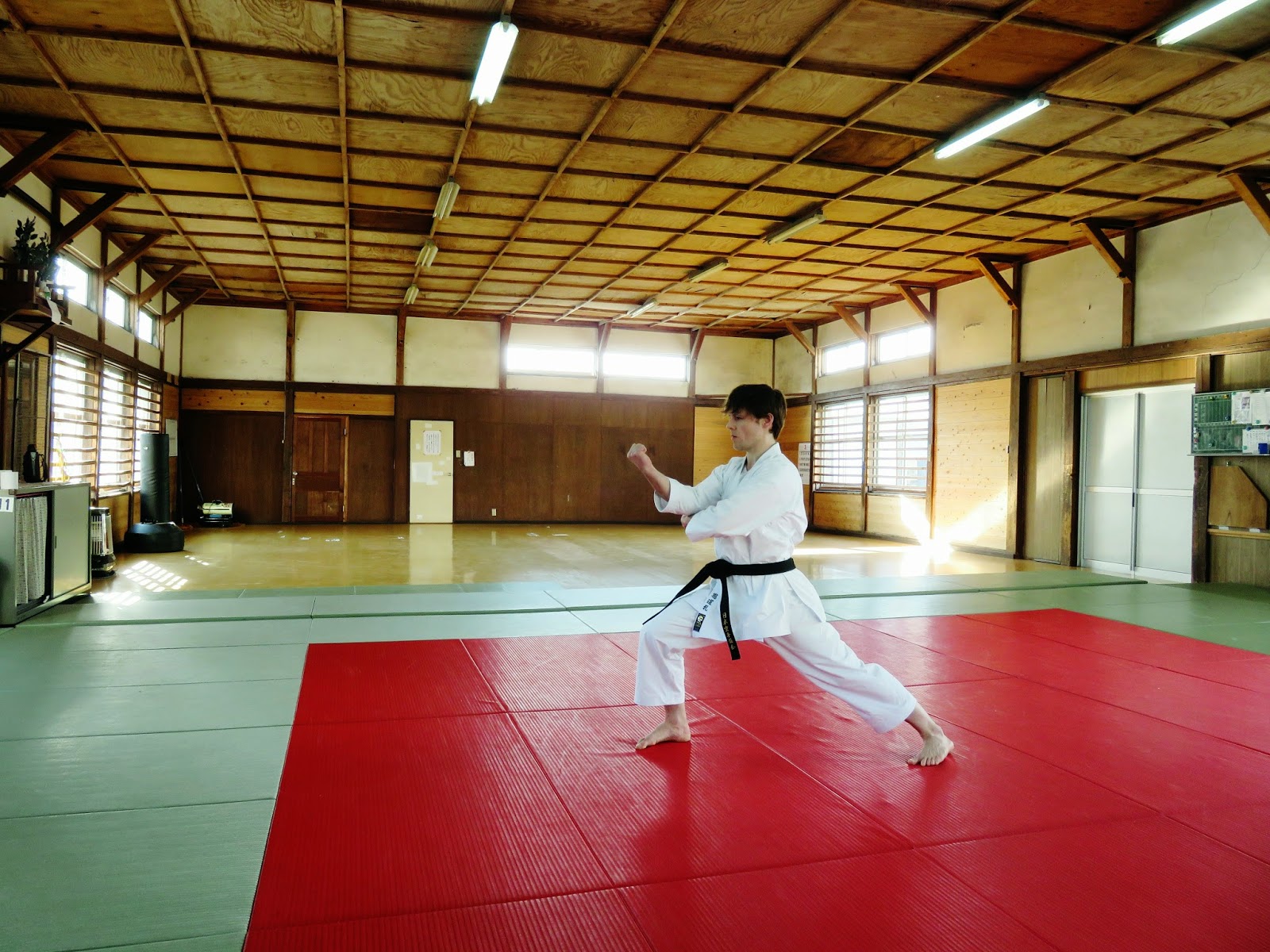 WHY PEOPLE GRAFT ON BITS AND PIECES/MULTI-SOURCE IN THEIR KIHON AND KATA?


Here are the main reasons people `graft’:
1.      Their focus is on `performance’ as opposed to seeking effectiveness; thus, they seek to put together the best `moves’ for `display kihon and kata’.

2.      If they find something difficult or awkward grafting on another approach can help them get around the challenge: once again, this is not related to true budo/martial arts—rather, just karate as some form of abstract `art’.

3.      They are not sure about the correct way, so they play around with techniques, learn from books/online resources etcetera (or instructors who have done this). This is a major discrepancy between karate in Japan and the vast majority of karate outside of Japan. Essentially this is the propagation/handing down of ‘guesswork’ (cosmetic karate) as opposed to first-hand knowledge. It is worth noting here that first-hand knowledge always leads one down the path to martial effectiveness in jiyu-kumite and, certainly, beyond the realms of the karate-dojo.

4.      Grafting is also done by instructors who lack first-hand knowledge of budo karate—in order to create a vast array of `shallow technical repertoire’. This is literally ornamental karate, which is unambiguously not focused on the technical objectives of budo karate. As I have stated recently, this type of instructor (and these types of organisations) have gained popularity as they offer a fluffy version of karate. 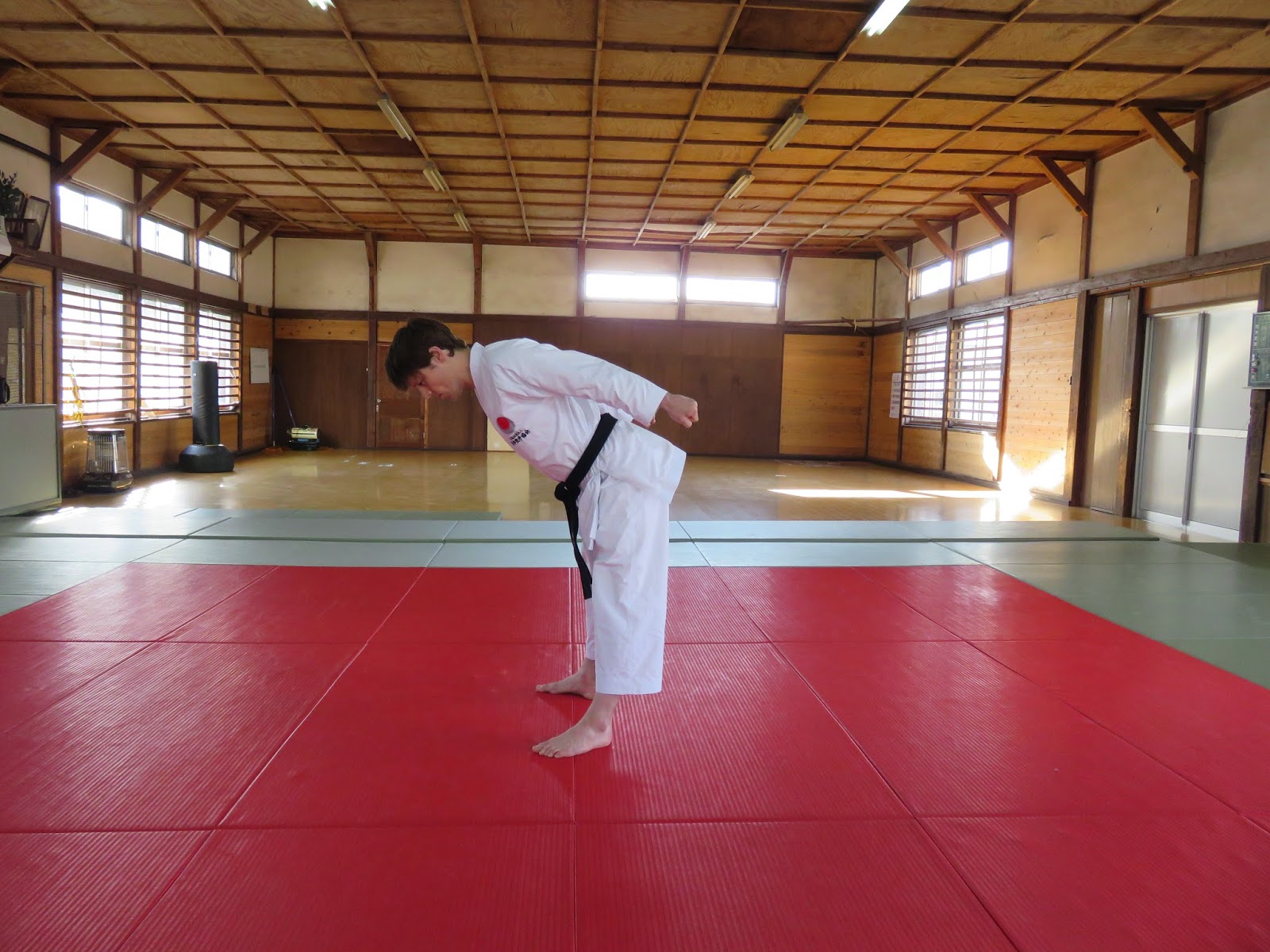 HOW TO RECOGNISE `SHALLOWNESS’ IN KARATE?
a.      Grafting kihon and kata is actually the ‘main way’. When you see a karateka perform a kata with a mix of techniques (i.e. - JKA, SKIF and sports karate), or someone dropping the traditional mawashi-geri—from their kihon—in favour for a ‘flicky’ one, it is pretty obvious that ‘the performer’ is merely a ‘dancer’ seeking to look prettier.

b.      More deeply, and as stated before (and as emphasised on the JKA Homepage), “…when kihon, kata and kumite do not form the trinity”—with the technical purpose of downing the opponent with a single blow—the technique is shallow. This is actually very easy to see, but many don’t want to as it is `not so fun’ and means that training becomes intense; repetitious; and the levels of danger inevitably increase.

c.       Another obvious way to recognize shallowness is a lack of proper jiyu-kumite (please follow this link if you would like to read more about this: http://andrebertel.blogspot.jp/2015/02/the-criticality-of-jiyu-kumite-in.html). As discussed, extensively in the past, a lack of high quality and challenging jiyu-kumite means `a lack of testing one’s techniques in an open context’.  All kihon, all kata and all forms of yakusoku (prearranged) kumite must lead to effectiveness in a freestyle context. 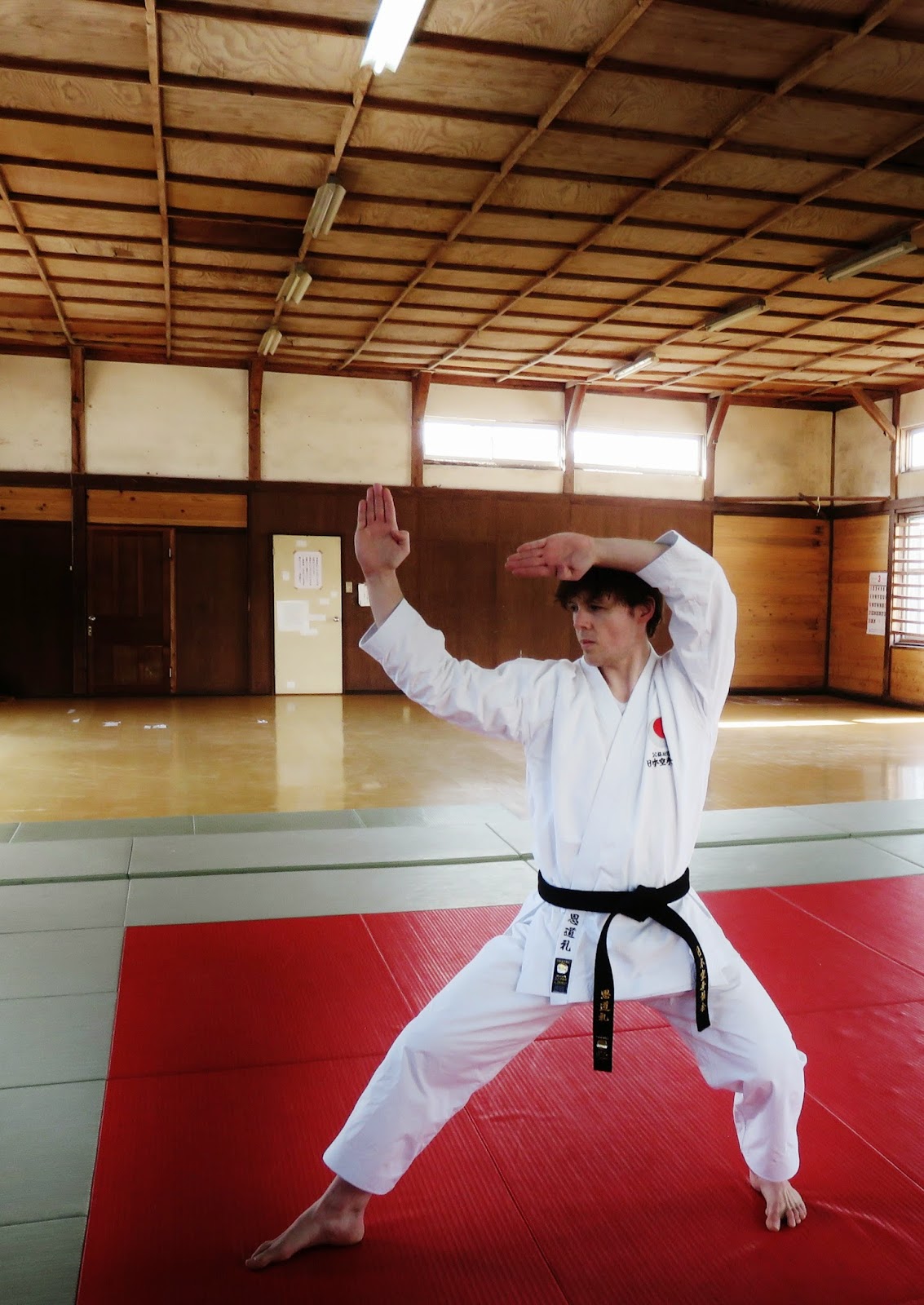 d    Competition: if done in the budo way like the Japan Karate Association (i.e.  – the J.K.A. tournaments here in Japan, such as prefecture championships and the JKA All Japan's) kata and kumite tournaments can provide a great test of technical depth. However, I’d like to stress here that “games for `points’ cannot achieve this”. The only competitive kumite context—where true karate can be tested and applied—is under shobu ippon rules, as this runs in-line with the maximum of achieving ippon-waza (and the quintessential essence of Traditional Japanese Budo Karate). If you have ever seen the JKA All-Japan Championships compared to other karate tournaments, and you will fully understand what I mean here.


While, I have said that competition is not `absolutely essential’, you will notice that all of the authentic budo karate instructors in the world have all competed in Shobu ippon. Of course, not all are—or have been—`champions’ (or competed at the highest levels), but have tested their techniques in these events. Moreover, many, including myself, have worked in the security industry experiencing numerous violent altercations. In sum, those who haven’t put their bodies on the line either in competition, the experience of fighting in the real world, or both, cannot have anything but shallow karate. This is the nature of beast—the nature of martial arts. Yes, karate is an art, but real karate IS NOT ONLY an ART.
IN THE TRADITIONAL BUDO WAY—GRAFTING IS LITERALLY 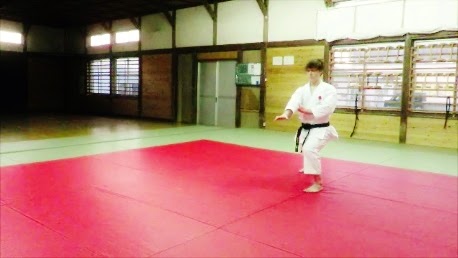 No one here in Japan, who practices budo karate, thinks “I will change my kihon or kata to make it easier for myself” or “I’ll copy and graft on so-and-so’s different way of doing this technique, and this other organisations method of doing this kata (because it looks cool)”. These ideas are `off the radar’ for budo karateka. Why? Because budo karate is not superficial, it relates to jiyu-kumite and self-defence as a whole. Doing `the moves’ is an idea that is really foreign in Japan and pointless—blatantly counterproductive—for those seeking the martial art of karate.

CONCLUSIVE REMARKS: I’d like to conclude by stressing that “knowing what real karate is, in actuality, very simple”. However, it is this very simplicity and tough training that makes it such a difficult martial art to practice properly. This fact, in isolation, is what separates the elite Japanese karateka from the vast majority of non-Japanese practitioners. Kihon and kata aim constantly towards functionality in freestyle: they are not merely ways to `visually impress’ others. Based on this understanding, if one can understand and apply what I’ve written (in this very brief article), one will be on the right path to achieve a high level. In fact, it would not be an understatement to say that they will have an edge. In sum, following this narrow path means that “…the `art’ of karate strictly remains as Budo: as opposed to becoming a superficially `grafted’ performance art”. 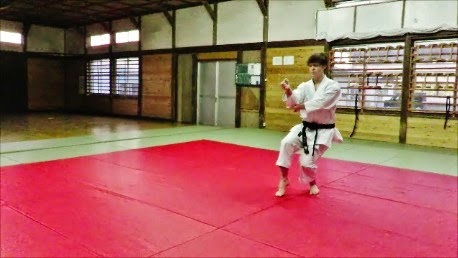