13th Anniversary of this Blog

I did not mention but yesterday marked the 13th Year since I began this blog. It was three months after I moved back to Japan, in 2007, that I began.


Unlike other sites, covering endless numbers of styles and topics, this blog has stuck to just one thing: SHOTOKAN KARATE as BUDO/BUJUTSU.

Still, even as a non-commercial blogsite, it's had quite a few visitors and a significant number of followers. Which, considering the non-commercial nature of the blog, and the narrow subject matter that it covers, is really quite remarkable.

Here is a link to the very first post, which was simply titled 'Yoroshiku Onegaishimasu' and outlined my basic objectives of the blog: https://andrebertel.blogspot.com/2007/06/back-in-japan.html

I offer a big 'OSU' and thanks to all of my supporters around the world. Next year will mark 40th Year in Karate-Do, the 14th Anniversary of this Blog, and the 15th Anniversary of Asai Sensei's passing. Hopefully there can be some special events around these times. 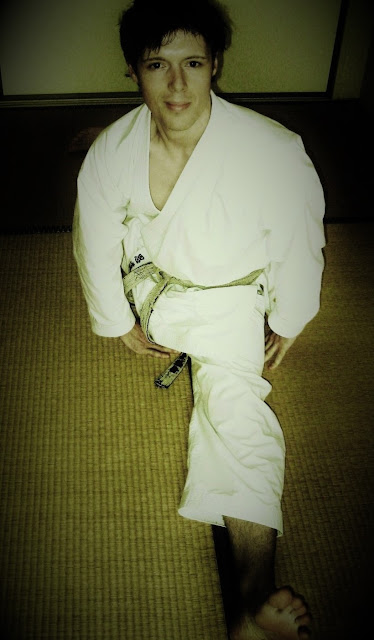