As a result of numerous requests from around the world, today I decided to write a little about the THREE TANDEN. I decided to keep it very simple and practical. So, while this article is far from ‘all encompassing’, it will suffice to provide a base understanding for karate kihon. Please note, I posted this article initially yesterday; however, I accidently posted an early draft! Here is the completed article with one-third more content and a couple of extra corresponding diagrams. Osu, André Bertel. 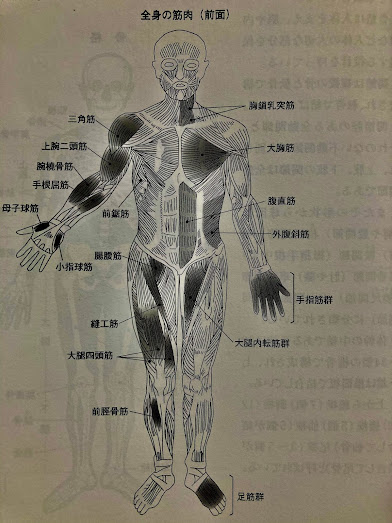 The JO TANDEN is located in the middle of the head between the eyes. This is obviously superstitious, but clearly relates to the (the traditional Asian understanding of) sensory reception of the eyes, ears, nose and mouth; moreover, the corresponding areas of the brain that process and interpret stimuli.

In addition to these points the JO TANDEN lifts the center of gravity to the toes and corresponds with the hips when transitioning; furthermore, makes the body light: easy for leaping and being picked up by an opponent. The last of these points may seem to be a disadvantage, however, if you have trained in any grappling arts, you will know that this often employed as a shikake-waza (i.e. – to set up/trap for a ‘gyaku-waza’).

Located in the chest at about heart level.

This area is the ‘transitional place’ between lightness and heaviness of the body. Moreover, and most importantly, it is an educator between the two: THE NEUTRAL ZONE (which is also referred to as ‘the initiation position’ and as I said above ‘the transitional place/position’). Of course, there is more to the Chu Tanden, so I will somewhat expand on that later in the article (in the examples from kata).

Located deep inside the ‘hara’ roughly midway between the top of the pubic bone and the navel. Quite simply. this is where one’s optimal center of balance is: both physically and mentally.

This tanden is the most essential for budoka as this is where one’s energy must be placed and exerted from. This includes kokyu (breathing). However, by understanding the other two levels of ‘tanden’ one can move optimally move and have greater awareness of ‘where their energy is at any given time’ (this not only includes physical power, but emotional control – especially over stress, fear, and anger). More about that at the end of the article.

Consequently, understanding all three tanden (plural) allows one to closely analyze/assess and ‘react optimally’ from their seika tanden. 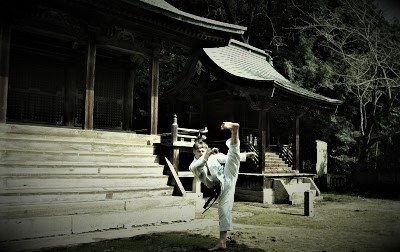 Let’s consider the three tanden via a simple illustration. Imagine yourself having to respond to a sudden and unexpected attack in your daily life. Probably you will be functioning in your Jo Tanden and, if not, shock will cause you to physically and internally go there. This is natural: fight or flight mode.

Now, imagine yourself being in an elevator on the third floor of a building, metaphorically this is the place you are in with your Jo Tanden. At this point you, if you are sufficiently trained, autonomously register the attack and lower yourself to the second floor—your Chu Tanden, then lastly, you drop to the ground floor—to your Seika Tanden. With correct training you can drop to the first floor faster: a true master—instantaneously does this.

Interestingly, and very importantly—"especially learned and refined in kihon and kata” (and yakusoku kumite also)—is the “…direct relationship between the hara/seika tanden and kakato (the heels)”. Furthermore, and precisely coordinated, is the relationship between koshi (the hips) and tsumasaki (the toes)”. This is what I often refer to as “the kakato-tsumasaki relationship”, which is not a formal term, but one that I created to increase trainees correct utilization of this ‘kihon’.

Lastly, I would like to stress that this is literally all ‘just kihon’. That is, it is very important, but “…only if it is utilized to make effective techniques in the real world”. Ironically, therefore, just like the Jo Tanden (which obviously includes the intellect) just having theories and superficial learning is not enough. Instead, one must ‘internalize skills so they are completely automatic under any level of pressure’. Unfortunately now, and embarrassingly for karate, many karate instructors live in the world of theory, demonstrate nicely, yet cannot fight outside of a controlled environment.

Ultimately, this coincides with the Seika Tanden and, dare I say, ‘animal instinct’.

Keeping this very basic, I would like to provide three ‘ultra-obvious’ (and hence prolific) examples of using the Jo, Chu and Seiken Tanden in kata.

Jo tanden: The opening of Kanku Dai and Unsu. Also, to give a broader perspective, any of all of the jumps in the kata.

Seika tanden: Almost every action in kata and karate in general. However, a really blatant one is dropping into tatehiza-dachi in both Enpi and Gankaku (also Senka, Rantai, Rakuyo, Meikyo Sandan, Raiko, and many other kata). In this case, one dramatically uses Juryoku (gravity) and drops their physical weight, mental energy and breath down to the pit of your stomach. Another more subtle example is simply making an ukewaza followed by oi-zuki (i.e. – Heian Shodan, Jion, Kanku Sho, Sochin, Meikyo etc). In these cases, and others, one’s Seika Tanden is like ‘traveling in vehicle on a perfectly straight and level road but still with the feeling of sinking’ (Asai Sensei taught that this is the 'shime' of the Seika Tanden); thus, ‘going through the opponent’. Correspondingly and consistent with this, I remember the teaching of Tanaka Masahiko Sensei in which he said: “attack with the aim of driving your hips through the opponent”. Of course, one could just as easily say to 'drive the Seika Tanden through them'. Both are good images if ichi-hissatsu, the essence of true karate technique is one's ultimate technical objective.

Kokyu (Breathing): I do not want to go into this too much here today as it deserves a book (or several books) and certainly better written by someone else. My knowledge of breathing is limited to that of Karate-Do and Karate-Jutsu. Rather, I just want to simplistically and practically focus on breathing in relation to the three Tanden pertaining to high level application in Budo/Bujutsu.

As discussed already, working from the Seika Tanden means more efficient movement and increased mental/emotional control. A major part of this is connected to deeper breathing which results in superior use of oxygen. It is well known that 'when people are stressed that their breathing is faster, and more shallow'. By utilizing diaphragmic breathing, which I’ve written about a lot in the past, one's efficiency—in multiple domains—will be immensely increased. From the perspective of karate this means increased explosive speed and power will be achieved, and control over one’s mind and emotions will be experienced. If you’ve encountered real world violence, you will know that the mental/emotional control is actually more important than one’s skill and power. Skill is the first thing to shrink, and it shrinks fast, once the mind goes into panic mode.

On a positive note, if you are not a naturally courageous person (perhaps even fearful), conscientiously utilizing and developing your Seika Tanden in movement and breath, will literally change this. Likewise, if you are aggressive and like to ‘take to the fight’ it will help you control this surge. I certainly needed that in my younger times.

Being in a state of calmness within calamity—especially when being faced by potentially life-threatening physical violence—is the highest level in karate and budo/bujutsu in general.

In this way, we can see the physical and mental connection of our art; furthermore, that the SEIKA TANDEN is literally at the center of this and literally draws us to the center (physically and mentally) irrespective of where we are , in the moment, or in our lives. I will conclude on that note today. Osu, André. 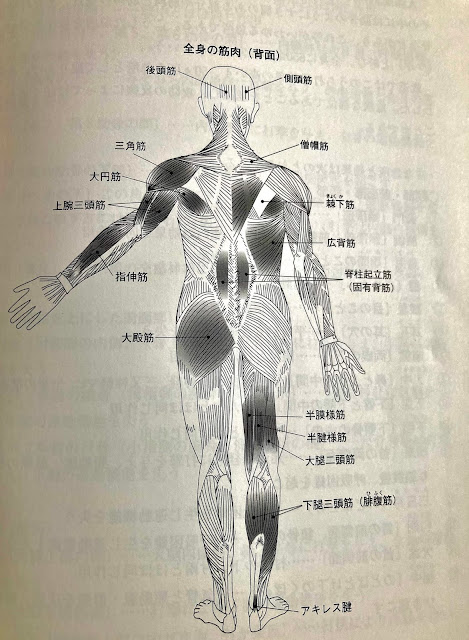