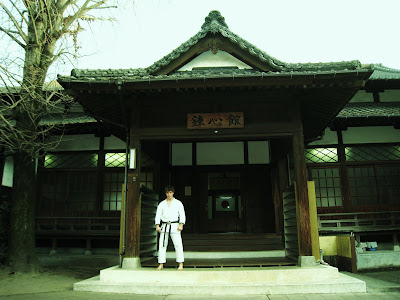 Today was 'officially' the fourth and final day of kangeiko but not the final training of the year, which will be held on the 31st. I'll also be self-practicing at the dojo tomorrow, as I seriously need to review the last four days of training, as well as work on my own karate (personal targets). The kihon and kumite themes of today were based on the koten kata Kakuyoku shodan, nidan and sandan (also Roshu kata, but I won’t address this here).
________
The meaning of Kakuyoku: As I’m sure you are aware, the name Kakuyoku means 'Cranes Wings' referring to the numerous wing-like trapping and hooking defenses, found in all three kata. However, less commonly known is the origin of this name. Asai Sensei 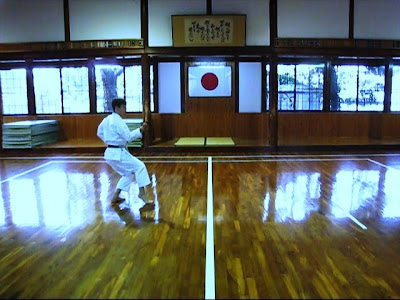 explained that ‘The Kakuyoku’ was actually a Samurai battlefield strategy. The tactic effectively aimed to envelope one's opponent(s) then finish them. This makes complete sense technically, when doing oyo-kumite (the kumite applications) with these kata, in particular, when employing shuto kake uke, tekubi-kake uke and tsukami-uke. Hooking, grasping, and/or trapping, then impacting.
_________

This was an great final training for the December 2009 kangeiko. Whilst (thankfully) being less physical than the previous three days, I found it to be technically more challenging. All the best from Oita, Japan. 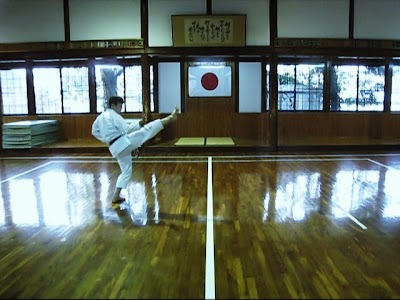